It Is The Olympics After All…

Normally, as genetically inept male who identifies as “straight” and uses the word “cis” to refer to his equally genetically inept female sibling I should not complain about scantily clad female volleyball players!

Come on! A six foot tall, beautiful, female athlete performing moves like that in hot sand, tanned, happy when the ball goes their way,… what is not to love???!

What we need is a frank discussion about the scantily clad men, huge men, mostly Japanese (but this about their uniform).

When did wrapping a towel around your waist, calling a “mawashi” become acceptable??!!

This is what is really wrong with the Olympics!!! Maybe those who argue that we should do all the events naked are onto something!!

All or nothing! It is the Olympics after all!!!

ETA: Watching Sun v Sui in Women’s Beach Volleyball and thinking about double, different, and the PC cancel culture….
edit on 1-8-2021 by TEOTWAWKIAIFF because: Clarity

not the men competing in womens sporting events?

not the.... well, the whole thing? Not the commercials, not the insane amount of money going into it?
How about the part where they pass out condoms by the truck load because these peak athletes can't help but get their # on?

I don't know about all that but I had the TV on earlier and they were discussing Laurel Hubbard competing.
The people in the studio all said their bit then they cut to a guy somewhere else and asked his opinion.

I'm afraid I didn't catch the rest of his comments but his opener was enough for me.

He'll realise what he said wrong when he sees the playback.

If he doesn't get fired, that is.

THAT is what is grabbing all the attention.

If you watch anything other than MSM, even Telemundo, you see more sports, more athletes talking, and just more “other” news.

Japanese, Spanish, English, and you see a different “narrative” other than the “all inclusive, rainbow loving, Toyota buying, insurance bundling” MSM wants you to believe.

You've seen sumo right? Dont' complain about someone built like a sand volleyball player wearing a towel wrapped around his waist. It could be worse.

posted on Aug, 1 2021 @ 07:59 PM
link
My husband was watching women's shot and he was wondering why the Chinese women were the only ones who really didn't look like women.

I missed that one, but you've piqued my interest.
I'll try to catch that next time I see it on.


I tried searching for their pictures, and instead found this↓. You may have seen this before, but I had never heard about it. This was 2019. Supposedly, these are all females. 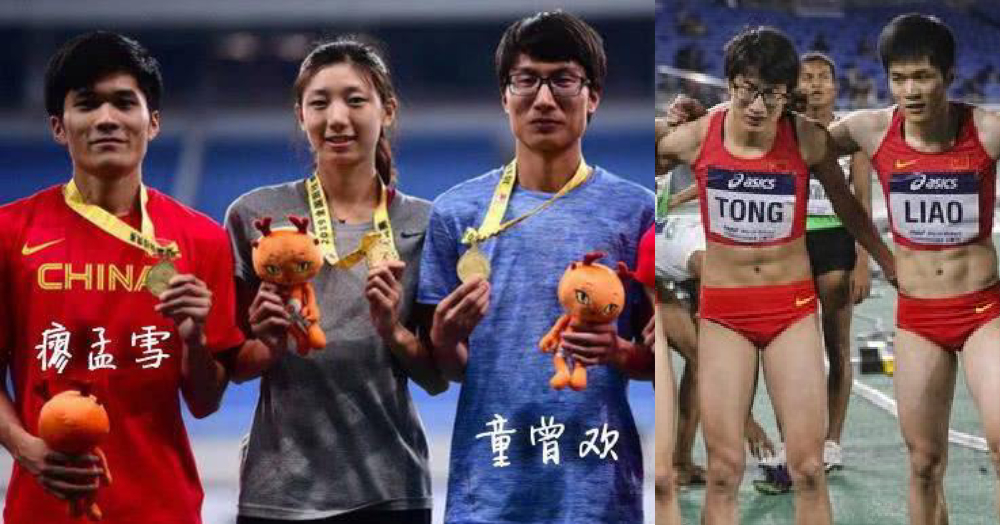 Back in the original Olympics only men were allowed to compete.

There were no tests for hormones and such so they all competed naked.

Then one day Equestrian sports were allowed, they got to wear clothes. 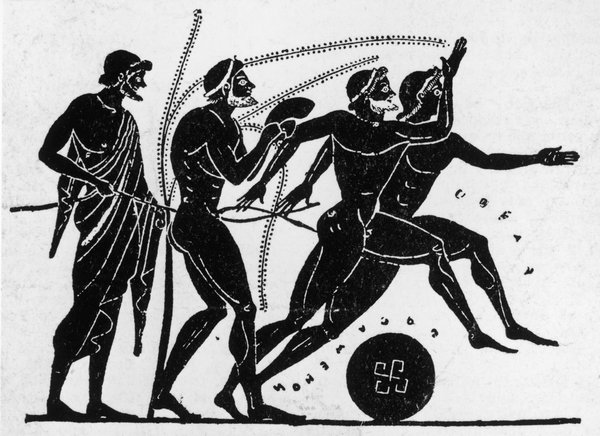 Not only did the sports scene forever change, but Knighthood was invented, along with what would become the Worldwide military salute:

The foot soldier, upon seeing an approaching mounted person in the twilight would reach up to tip his hat:

Where is Austin Powers when we need him?

Yeah, those faces are very masculine. I suppose they feel like women?

2. athletes REPRESENT THEIR COUNTRIES by respecting their anthems and DOING THE EVENTS they signed up for..
any PERSONAL agendas , causes, views, ect are NOT TO BE DISCUSSED, PROTESTED, REPRESENTED (by clothing, taking knees, ect) UNTIL AFTER THE EVENTS AND BACK IN THEIR HOME COUNTRIES. Or in other words, ON YOUR OWN TIME/DIME.

3. remind the athletes and public that the participants were "informed and had to agree to the rules" before they were on their teams... if they broke them IT WAS THEIR FAULT...
not "oh the rules are bull and dont apply to me" like the one kicked out for a positive pot use test..

again being in the olympics is a PRIVILEGE , NOT A RIGHT...
dont like the rules, DONT PARTICIPATE OR TRY OUT..