The Fundamentals of Martial Prowess

These are the 4 most fundamental books of my martial arts journey.

Gracie Jiu-Jitsu is a powerful guide to the art of self-defense using leverage, technique, and timing both standing (gotta get to the ground somehow) and emphasizing ground-fighting. Helio Gracie's legacy can be felt in every Jiu-Jitsu academy everywhere in the world. It is absolutely fundamental.

The Tao of Jeet Kune Do incorporates the philosophy and techniques of Master Bruce Lee. It isn't just a manual of hand to hand fighting. It is a principle based approach to incorporating the most effective techniques of various martial arts to create a more well rounded martial artist. It could be viewed as the first true manual to modern MMA.

The Book of Five Rings is Miyamoto Musashi's collective knowledge of strategy and philosophy at the individual level that will solidify in you as you internalize his ancient meditations. Strategic thinking is not something limited to the leaders of armies. In fact, I believe Musashi would argue that strategy is more fundamental to the individual warrior than to whole armies on the march.

The Bubishi is considered the bible of Karate. Karate's fundamental techniques can be seen here. This book has no author (originally) and is a collection of Monk Fist and Southern White Crane Gong Fu styles that formed the basis of modern Karate, Hapkido, Tae Kwon Do, Kempo and others.

If you're embarking on a journey to better yourself as a philosopher and warrior look no further than these four fundamental texts in the art of combat. Following the principles and techniques of these texts will help you get in shape, help you protect yourself, and in doing so help you understand yourself better.

These things lead to less anxiety, less fear, and far more confidence than you could imagine.

Embark on your own journey. Start with these books. You won't regret it.

For those who are curious:

I've been a martial artist for 30 years. My background is Chu'an Fa(American Kempo), Wing Chun, Boxing and Brazilian Jiu-Jitsu. I currently hold a black belt in Chu'an Fa, a black belt in Wing Chun (most academies for WC don't use belt systems, mine did), and currently hold a blue belt in Brazilian Jiu-Jitsu.
edit on 7 30 2021 by projectvxn because: (no reason given)

when one earns their black belt you actualky become a white belt among the black belts
martial arts too have been very much of my life, as we get older we realuze that you have to have a trick up your sleeve ti walk away alive

I'd love to be able to train in Okinawa or the Kodokan Judo academy on the mainland.

But alas, those hopes are now dashed by COVID tyranny. So no martial pilgrimage for me.
edit on 7 30 2021 by projectvxn because: (no reason given)


as you.know l still in japan it is the trick up your sleeve that will let you wslk away in a steet fight
good post
we oay 65 dillars a month here four one hour lessons

At my age and with my schedule, my martial arts training is limited to waxing the car and painting the fence.

Age is a lot easier to deal with if you never stop though. Getting back into it at advancing age is a tough road, not impossible, just tough.
edit on 30-7-2021 by ketsuko because: (no reason given)

posted on Jul, 30 2021 @ 08:35 PM
link
I used to train in Yoshukai Karate for about 5 years under Yuki Koda... his sons have been working with the Cobra Kai series, it is weird seeing the people that I trained with in a popular show, also funny that Yoshukai and Cobra Kai almost sound the same.

Nowadays I just do cardio boxing with the speed bag, heavy bag and do a bit of shadow boxing 2x week

eat pizza on the weekends 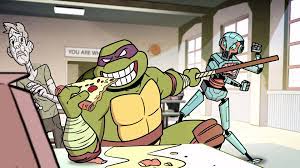 True, but unlike a lot of martial arts, jiu jitsu in particular can be practiced gently and contact with training partners does not include striking.

If I were going to recommend a martial art for older people that is effective, jiu jitsu is at the top of that list.

I roll with 70 year old Jiu Jitsu players. Age is no excuse. Helio trained every day until his death in 2009 at the age of 96.

And I have a brown belt when it comes to coming up with excuses. It's leather and it has a brass buckle, but it keeps my pants up.

I roll with 70 year old Jiu Jitsu players. Age is no excuse. Helio trained every day until his death in 2009 at the age of 96.

And I have a brown belt when it comes to coming up with excuses. It's leather and it has a brass buckle, but it keeps my pants up.

You and my husband! LOL

But when I got back out into it, he drug himself back out too. I won't claim he's anything much more than indifferent about it. It's just exercise to him where I like doing my best to make everything go the way it should: proper joint position and movement and all that. But he's out there almost as often as I am, and the practice sessions aren't easy.

Thanks for the book suggestions.

I have to wonder though, and I don't mean this as an insult or anything, I have practiced Judo most of my life. Started at 5 years old, pushed myself to the limit of training 5/6 times a week several hours, competed on national level but never did I get the sense that I reached a point where I was comfortable enough to take on an other martial art. I was doing kata's in my sleep but after 30 years never had the sense of perfection.

I believe it was Bruce himself who said:

I'm new to martial arts, but very, very experienced with athletics in general.

From my perspective, the body only really has effective movement, efficient movement in so many ways. What we call a middle stance at practice is used in many forms across many sports. We used a version in basketball, for example, as the best way to guard and be able to move quickly in any direction. You see forms of it in football and a lot of other sports.

The hip movements involved in a round kick are similar to the ones I used as a hurdler in my trail leg. The movement of a front kick is similar to the lead leg motion. I am thankful I trained both legs equally across all those years now.

The movements aren't quite the same, but they are familiar and it doesn't take much for me to adapt. So having that background helps. So there are times when even if something is new, I feel like I've been there before and done it and I'm just relearning.

Yeah I get what you mean...

The point I was trying to get at was the difference between practicing a sport and mastering a sport.

I remember with competitions I would go in a state of flow. I was wondering how you can reach this level if you are mixing up all kinds of martial arts?

It never worked for me but perhaps for others it does.

ETA: now that I ran into you, I send you a mail about another book but you seem to not have got it. (sorry for the off-topic)
edit on 31-7-2021 by keukendeur because: (no reason given)

Oh, I don't tend to check my mail because it's broken and I never think about it. I usually only do when someone tells me I have some. I will go do that.

I think what you call state of flow. I think of as my mental place. I need to set it up (or it really helps to have that setup time) and when I'm there, things just sort of happen. There is nothing else but me and whatever I'm doing; everything else recedes into the background. It matters less to me at that point what I've learned than what I've practiced if that makes sense.

So to compete at forms, I will tend to do the form as I've practiced the form. The biggest problem I will run into is that my brain wants to skip ahead to the next thing I need to not forget - focus on getting this kick just so - and sometimes, it will outrun my body and I will then drop a move catching up which drops points. I used to do it in basketball too. Before I would catch the pass, my brain would be trying to make the next move in the set offense, so I'd fumble the catch as my body tried to catch up to my brain.

I haven't yet figured out how to stop that particular foible.

So the tl;dr version is that so long as I've practiced it the way it needs to be, I will perform it that way.

As far as sparring goes, having everything proper in terms of form is far less important than scoring the points. So there I can't imagine that it matters much which version you use so long as you are scoring according to the rules. You would then, of course, use whatever one is most comfortable because it will be the one most natural and effective for you.

posted on Jul, 31 2021 @ 10:24 AM
link
The self disciplines learned in practice of martial arts are perhaps something we can take with us when we pass on.

For myself, it is the ability to stand one's ground against bigger and more powerful adversaries I found the the most relevant. Especially that I am over 60. Not so much in the physical, more so in the spiritual.

I have often had the suspicion that Shaolin Wushu was designed to take into the world of meditation. I know the story of the Shaolin needed to fight bandits and protect the peasants, yet I suspect the battleground was probably not all that physical.

Yeah the brain can be a real obstacle...lol

My Sensei always had this fun fun exercise to help you with that. He would get you to go full out cardio for one minute, running from one side of the Dojo to the other, jump, push up, run run run....full out 110%.

After that minute you would have to drop on your back and you would get 30sec to get your breathing and heartbeat back to normal. After 30 seconds, get up full out again for 1 minute etc etc..

You would get pretty good in leaving you mind out of the equation.

With competitions I would never try and anticipate what my opponent did, I would simply rely on muscle memory (I guess that's what it was, from repetitive training of moves) and let it flow.
edit on 31-7-2021 by keukendeur because: (no reason given)