posted on Jul, 25 2021 @ 07:50 PM
link
So the Typhoon In-fa directly hit (or very close) the Jiangnan Shipyard in Shanghai where the 003 aircraft carrier is being built/nearing completion

also at the shipyard the type 055 Destroyers are being built...The stealthy Type 055 destroyer is being built which arguably turns the
Chinese Navy into a Deep Blue Water Navy

Anybody know how those are holding up? i would have thought if it was the USA building the ford carrier down in florida while it was being hit by a hurricane wed have seen some reports, but i cant find anything regarding the Type 003 or 055s

id expect a decent tidal surge which could shake them around a little ? 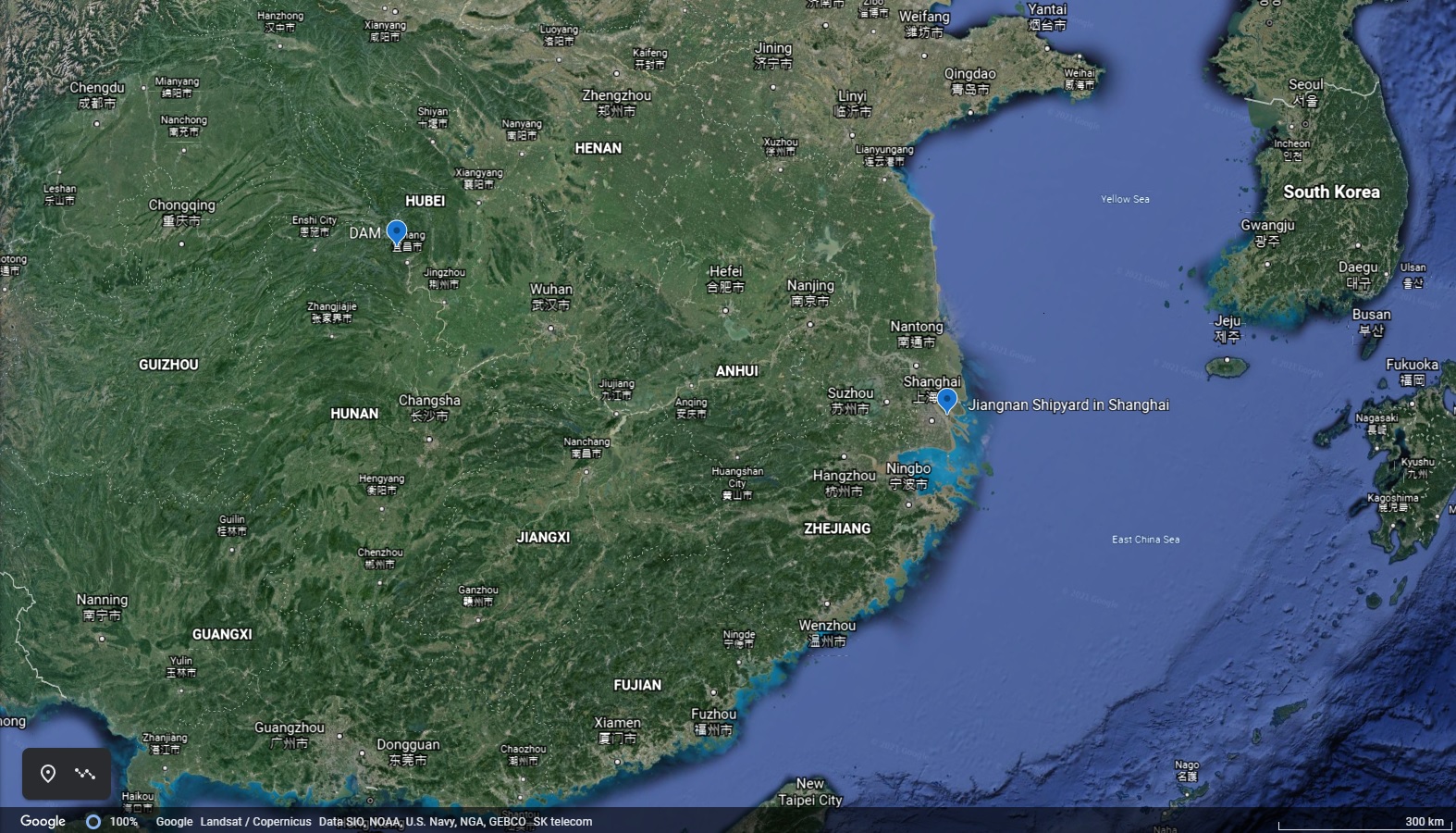 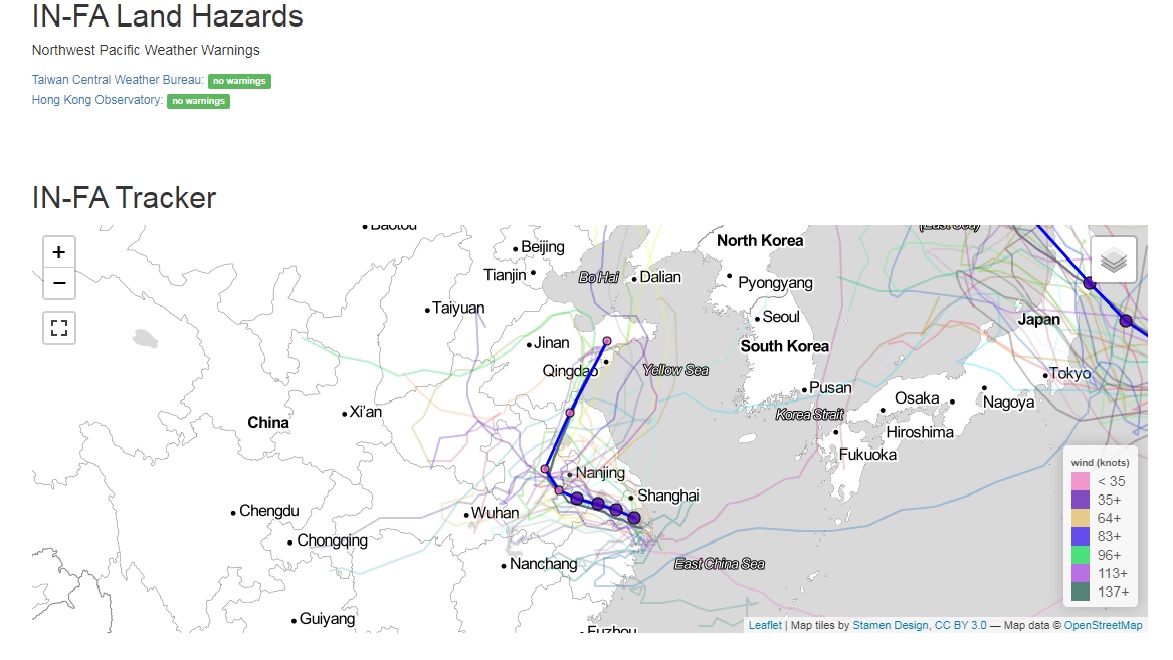 as those rain bands start to wrap around IN-FA as it heads northwards, the already saturated grounds around the 3 gorges eateries and tributaries could see convergence and again put a huge strain on the region/dam, the recent test was thought to be the 1/100 year storm which would test the dam to its structural/testing point, but twice in a year? oh yeah? whats your name then sailor? Popeye? 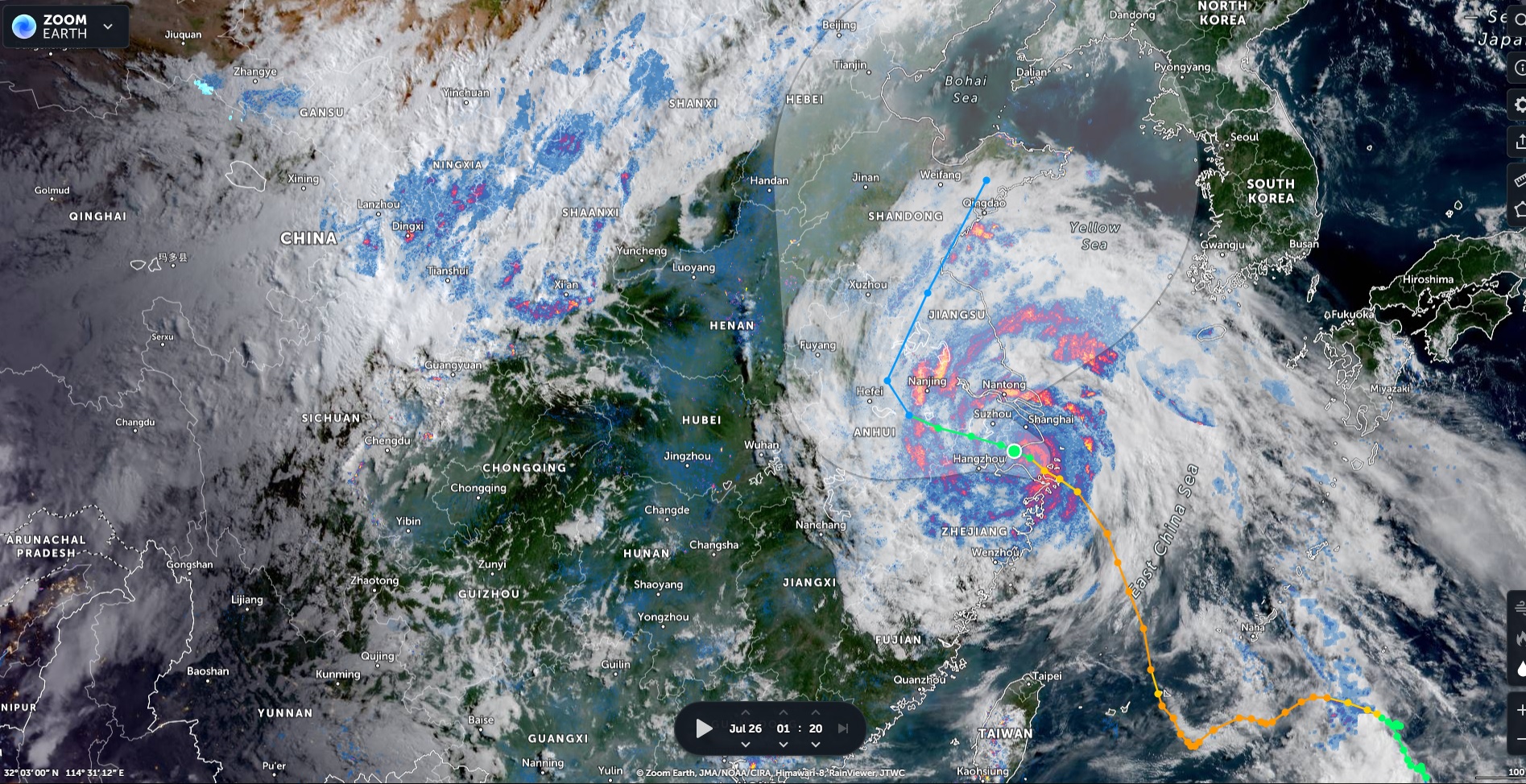 i really didn't know where to put this thread, please move mods
edit on 25-7-2021 by TritonTaranis because: (no reason given)

On navy, or any significant coastal damage.

(Not that we are far behind these days)

posted on Jul, 25 2021 @ 09:43 PM
link
Yep! This one can be a test for sure. I think in Japan we called this typhoon #8. I believe the number 8 is not a good number.
Personally with all the rains we've had here in Japan in the last 30 days ( we are still recovering from 2 years ago, people are still in temp shelters ), I think and really feel that the ocean temperature is warmer this year. This can cause a lot of havoc starting the Philippines and moving toward Okinawa, Taiwan, Hong Kong, Mainland China and worst in my area, southern Japan.
I'm expecting the real ones start up in early August, ocean temps I think is the key to all of this, plus the migration of fish actually tell a lot also.

posted on Jul, 26 2021 @ 11:15 AM
link
The only things you can buy online these days is all sub-par rubbish made in China, if the buildings are made to the same standards then China will collapse into a giant pile of rubble after a few days of that weather.
edit on 26-7-2021 by Kurokage because: (no reason given)

But going by the North Korean shipyard damage in September 2020, maybe we can expect some significant damage


North Korean authorities had warned officials throughout the country about the possibility of typhoon damage and had called on them to take “proactive measures” to prepare for the storm, according to the source.

Understanding that Sinpo Shipyard and other facilities on the coast could sustain damage from the storm, North Korean authorities even ordered local officials to move all the facility’s boats to “safe areas,” to dock boats with sufficient space between them (to prevent collisions caused by high winds), and for the shipyard’s cranes to be dismantled.

Sinpo Shipyard officials took some measures to prepare for the storm, but the measures were “not proactive enough” to prevent damage to the facility’s cranes and ships, the source said.


“Sinpo Shipyard officials thought it unlikely that massive structures like cranes would be damaged by the winds and took a passive approach by not taking them down,” the source said. “The midsections of two cranes completely snapped and were hurled [to the ground], and other cranes didn’t escape getting damaged, either.”

According to the source, around 10 small to mid-sized boats anchored temporarily at the shipyard’s wharf were seriously damaged while colliding with each other during the storm. The typhoon’s winds also stripped off the roofs of several buildings at the facility.

Come on PLAN... whats the damage? you guys should find somewhere less strategic to build ships and consider more frequent Typhoons, global warming and all that ? tut tut
edit on 26-7-2021 by TritonTaranis because: (no reason given)