Woman kicks vaccine enforcers out of her apartment complex


originally posted by: NotGuilty
Memphis has had 40 years of democrat mayors since then. It’s a 3rd world sh!thole. You have a 1 in 52 chance of being a victim (I just looked it up) These guys definitely should go raise vaccination awareness in Memphis.

Didn't memphis go blue after it started to go downhill, not before.

I don’t know. I highly recommend you go ask them.

I could just Google it.

When an area comes up again they often flip right back. The red areas vote blue because they want access to more services in line with their new aspirations, and the blue areas vote red because they want lower taxes once their incomes go up and they start having to pay more.

You see this in places like Chicago. The Democrat aren't running the city into the ground because it's already a sewer, and voting for a part that offers you more guns and less taxes just doesn't compute when you have too many guns and you don't earn enough income to pay much in taxes. But a party that offers more funding for your schools seems like a good idea.

posted on Jul, 17 2021 @ 02:00 PM
link
Here's the thing, they say it isn't political. Therefore, since they are proven liars with 0 credibility, we know for a fact it is nothing but political.

Good on her. I wouldn't have been so nice.

Heck, some of the folks living in the country will know this all too well, but you don't mess with country folks. Sometimes you just disappear and no one ever sees you again. No one knows what happened, either. Not a single soul. Scary.

We don't offer "more guns" to criminals. We offer more guns to the actual people who live in places like Chicago so they can protect themselves, their families and their assets against said criminal trash.

My area has probably 25 guns per person on average. Zero violent crime. Or darn near zero.

There's a reason they sickos pick gun free zones for their attacks. Only those with a serious death wish would attack an armed defender.

We don't offer "more guns" to criminals. We offer more guns to the actual people who live in places like Chicago so they can protect themselves, their families and their assets against said criminal trash.

My area has probably 25 guns per person on average. Zero violent crime. Or darn near zero.

There's a reason they sickos pick gun free zones for their attacks. Only those with a serious death wish would attack an armed defender.

First things first, I didn't mean that in a literal sense. Since things like public services and poverty alleviation are bigger vote winners than taxes and gun control in blue cities.

That said, your logic might hold up where you come form, but not in a lot of blue cities. Especially not places like Chicago where most of the shooting is one bad guy with a gun shooting at another bad guy with a gun, and there are comparatively few incidents involving good guys with guns defending their property.

Regular blue voters are more concerned with taking guns off of the street than they are defending themselves. From a liberal's perspective they'd much prefer that there was a cop with a gun to protect them than anything else. This might be news to you, but most blue voters would much prefer to lock themselves in their bathroom and call 911 than confront an intruder themselves.

Even Colombine had an armed guard.

Shooters usually have a grudge against a person or an institution, so they target that person in a place that they might regularly be, or they target the institution directly. They don't typically just pick random places, except in cases where their aim is to simply kill as many people as possible to make some kind of statement. In which case it's usually somewhere that they can corner a lot of people such as that music festival or a store like Walmart.

A good example is the Virginia Tech shooting. The shooter knew that the campus was gun friendly and that there would be a lot of armed people there. He knew that he would be able to get a gun onto campus for this very reason. So, it being a gun friendly area was too his advantage.

But this is getting away from my original argument. In urban areas people are much more dependant on local services, and when an area goes into decline these services become even more important, so they tend to vote blue because blue candidates promise them more local services. Blue official don't always run areas into the ground, they are typically voted in when an areas goes into a downward spiral, and they keep getting voted in so long as that area is in decline because red candidates tend not to offer much that the urban want. It's hard to win a seat based on small government and low taxes when people want the government to provide services that simply aren't financially viable for private companies to provide anymore, and when people are on low incomes and so don't pay much tax.

posted on Jul, 18 2021 @ 09:10 AM
link
If these guys are going to be out there going door to door teaching people about the vaccine they should also register people to vote.

Claimed in the video, swing states are being canvassed and none others. I need to verify this is truth but it was said on the TV so it must be true.

This really makes you wonder what the true purpose of the "vaccine" is.

The first statement in the OP says the video was taken in Los Angeles. CA is about as blue as it gets.

originally posted by: beyondknowledge
I will give it another week before we hear that some of these "vacctivists" disappear. They went out to this area and havent came back. The Sheriff has checked into it and no one had seen them that day.

They Want to do door-to-door vax checking, learn how a community reacts, pull them out of town, start analyzing the learning and appending other data to that learning.

Some think consumer learning is about finding out what people like. In practice, there isn’t a “correct” outcome from a lot of consumer learning efforts or of these trial runs - its just learning - and they’ll take a lot away from these interactions.

I say think ahead on this one as I somehow doubt the Covid door knockers are the end game here. Stuff like this show you what they’re trying to understand - which helps you see where they (and so we) are going.

originally posted by: FreeFalling
I can’t wait for them to show up
Here in Tennessee!!

I can see the “Rats” getting More
Than just Robbed
I predict Ass Kickin galore!

You’re gonna beat up old women are you?

originally posted by: markovian
If there giving shots on the spot that means there giving out the I got vaccinated cards thats valuable on the black market also the vaccine itself is possibly of some value

That's why, as a Christian who thinks THESE are the days talked about in the Bible, I don't think the cv jab is the mark of the beast...yet. I believe it is the forerunner to the actual thing. Perhaps a microchip (?), or something to that effect which cannot be lost, stolen, or ruined with a coffee spill. By the time that rolls out, I believe public sentiment worldwide will be ready to either take it gladly, or be willing to die for not taking it. 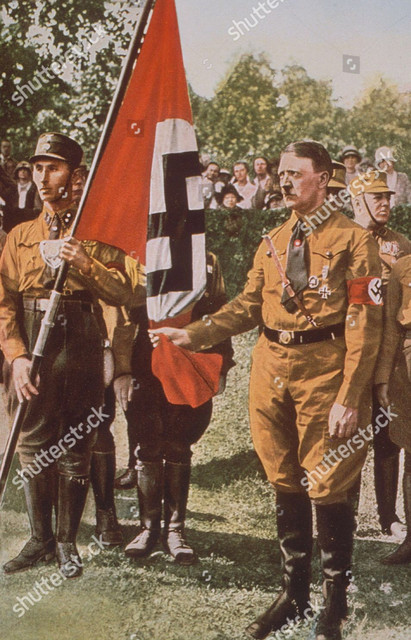 What really turns up: 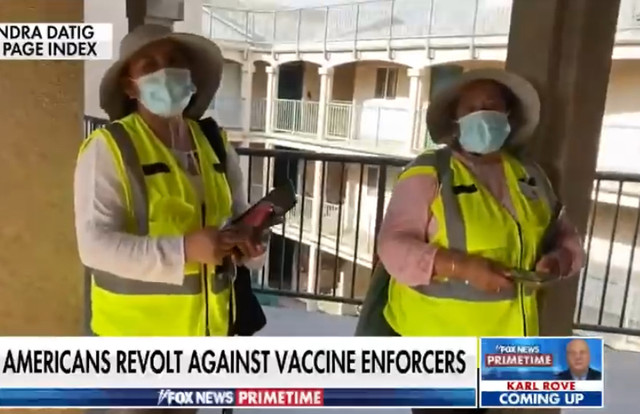 FreeFalling didn't say he was going to do a single thing.

He is merely predicting that, like the unarmed social workers sent on *actual* police calls, they will get walked all over by the pervasive criminal element. Do you think criminals, robbers, killers...think all this "woke" SJW crap is cute? They don't. They laugh their rear ends off at those types. They got them fooled and they darn well know it, and it tickles them ####less.

They don't see little old ladies. They see victims. Easy pickings. Nothing more. That isn't your Mother, your Wife or your Sister...she is that criminal's next victim. And like a shark circling the water, will strike when the intended victim is most vulnerable.

Calling out this fact of life is not threatening, heck it isn't even controversial.

Not to mention the folks who will eventually get tired of it, and no doubt have more than a few choice words for them. There isn't a single competent adult left in this country who doesn't know vaccines are widely available and easy to get. Not a single one. No amount of badgering or annoyance from big daddy government OR its many bootlickers will change that. In fact, if this demonstrably untrustworthy government would simply butt out and focus on its actual job you would likely see a solid 20% increase in vaccination rates.

Can't believe you guys haven't figured out that its the government Patriots will never trust. In the immortal words of Bill Clinton, Its the untrustworthy, incompetent, criminally minded, pathologically lying government, stu#id (direct quote, not implying you are stupid)

Look if you want to bend over every time big daddy government says to, more power to you. But my health is between my Doctor and myself, and I will make the right choices after consulting with my Doctor. Government is 100% out of that loop, has no say or sway in the decision making process, and continued efforts to double down on stupid will only backfire. I'm betting they'll continue to double down on stupid, since it is what they always do and have always done historically. But we will see. They GROSSLY overestimate their sway or control over folks. Nobody takes them seriously, and for good reason.

Like I wrote here (www.abovetopsecret.com...), the US government's history of human experimentation and pathologically lying about anything and everything under the Sun precludes any sort of credibility or trustworthiness on their behalf.
edit on 7/19/2021 by JBurns because: (no reason given)

posted on Jul, 20 2021 @ 10:07 AM
link
And to think other people pay hefty sums for concierge service. Dang, if I knew all it would take to get this level of at-home service, I'd have spread my germs around years ago!