posted on Jul, 15 2021 @ 04:00 PM
link
I know a lot of you are worried about the future. I see this suffering every day on ATS. I invite you for the next minute or so to just breathe. Feel the potential of you within this moment. You are alive. You are loved. You are aware. Right now, in this moment, you are OK.

I invite you to benefit from some Taoist Sage and Stoic Greek Wisdom that has survived generation after generation. I watch these inspirational pieces daily to help navigate the jungle and they help me immensely. Perhaps they can help you. Namaste, brave souls.

I stopped worrying once I stopped caring about things out of my control after experiencing a dimensional shift into the clown world that was 2020.

posted on Jul, 15 2021 @ 04:09 PM
link
a reply to: NightVision
You are absolutely right. It is too easy to get caught up in the cultural- information- war which we are currently living through.
However truly how many Unoted States members have really had their freedoms stolen. Yes they have been watered down but we still have them. Let it sink in that anyone of us can be effectually in the moment and life is nothing but moments.
Take stock in what we still do have and absolutely be concerned about further erosion, but don't let it rule your mind.

edit on 7/15/2021 by americanbuffalo1 because: spellcheck sux

Great point, I think watchful vigilance is the best course of action to combat the degradation of society of which is happening now.

No rational person wanted Biden in office for instance and we know that he isn't the most popular president in history but the truth always shows itself sooner or later.

I used to lie now and again as a child but soon learned that remembering a lie is harder than remembering the truth and it's quite obvious that dementia would skew such things even worse in favor of the truth.

I respect this post and all it entails, all too often doo we catch ourselves being thrust into a blind rage and forget that our bodies are temples and our mind is part of our vessel.

I don't stress or worry anymore. The only thing that lingers in the back of my mind is my wife going before me.
What gets me through is my relationship with Jesus Christ.
He is the only way I have found complete peace with life.
God Bless

Jesus, by definition, practiced the methods explained in the videos.
Remember, God Gave Rock n Roll to YOU:

originally posted by: RussianSpy
a reply to: NightVision

I stopped worrying once I stopped caring about things out of my control after experiencing a dimensional shift into the clown world that was 2020.

you are correct. I was all worried about a socialism takeover and totally missed the big sale at "clowns-R-US" and now have to pay full price for the shoes AND the big red nose. I think I need to watch the video so I can stop being angry about missing the sale.
edit on 15-7-2021 by network dude because: went off while I was cleaning it.

If everyone did this, Miracles would abound.

Stress, worry and FEAR are the cause of Humanities downfall.

It's all in the mind. 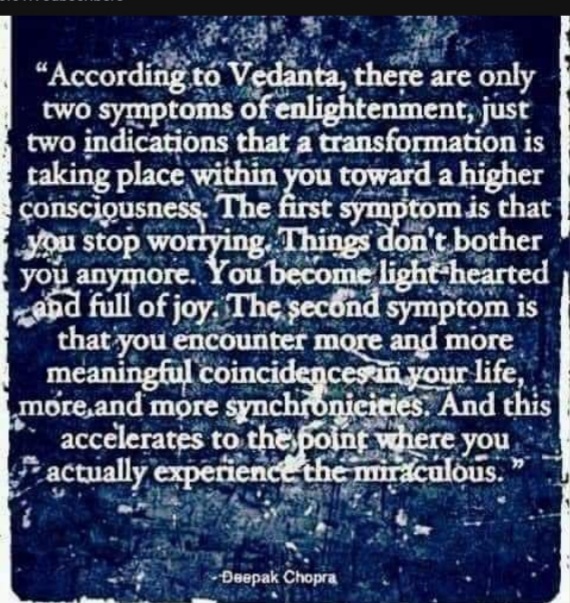 Party city has a bunch of red foam noses on sale for .99 cents each, the shoes run pretty expensive though at almost $20

For the wig they run about $5

Not sure about the outfit itself though, that depends on personal taste.

I was serving meals at our weekly community fellowship event last night. I saw a woman in her sixties, I had not seen before. I spoke to her, and she said something to me that I could not hear. I was not wearing a mask and she was not either. When I started to move closer to her, she told me she was still practicing social distancing.

I acknowledged her wish, apologized, and told her that I understood. She started crying. My instinct was to put my arms around her, and I did so spontaneously, then I remembered and jumped back, profusely apologizing.

She said, "NO!, it is me." "I am sorry, you are fine." So I held her. She said it was the first time she had been out of her house to go any place that she did not have to go. And she just had to get out of the house, but she is so afraid. She said she was so afraid, that she did not like even walking outside of her home. She said she is terrified of what the world has become, and she is alone with just her little dog. She said her neighbor is very unfriendly, and she spends most of her time on the internet where she gets all her news, about what is happening in the world and that it is horrible.

I asked her if she ever tried talking to her neighbor. She said no, he is not approachable, and he doesn't like her dog, but she is trying to get up the courage to speak to his wife. She said she is hesitant, because she has noticed a change in herself, where she doesn't really trust people, and she is afraid to be around them. She says she knows it is wrong and that she has to stop believing what she sees on the internet.


I asked her if she has seen any of the horrible things that the internet has convinced her is waiting around the corner to attack her. She said no, that everyone has been smiling, kind, and friendly. So she realizes she is not being reasonable or rational, but she can't help being afraid.

I sat with her and talked with her for about an hour. She hugged me when she left, and she said she would come back again next week. I hope she does. I cried. I hate what the internet is doing to some people. The fear, worries, and angst, it is growing in our elderly and our young is destructive, and growing.

Your videos helped me. Thanks.

I appreciate you sharing that compadre. Kinda made my eyeballs sweat. Really affirms the fact that when we walk outside and start talking w our neighbors, the world really is a kinder place than the TV has made it out to be. Thank you for sharing.