Illegals being shipped by military transport all over US, are they tested for covid?


As Tucker explains, in the last six months, despite explicit laws detailing orderly immigration (laws that reflect the will of the people through their legislature), the Biden administration has opened America's southern border. Under Biden's aegis, one million Latin Americans (plus people from Africa and the Middle East) have flooded into America...and then they've vanished. We know that the administration has been shipping them to red states. What we learned from Tucker is that the United States military, which is sworn to protect America against invasions, is complicit in this conduct.

Source isn't the best, but the video Tucker did is on Fox. He has documentation, which he shows in the video. Verify this on your own if you don't believe it. 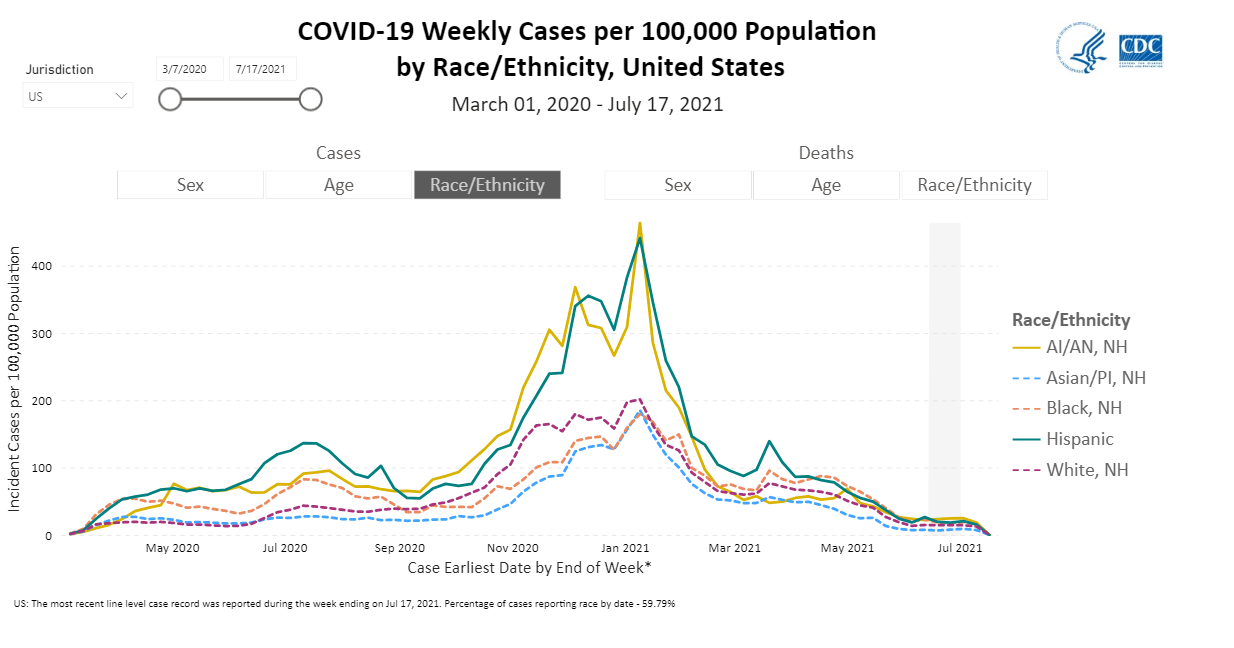 If you look at covid infections by race, and let's be honest here, the current way of doing business is to look at everything based on race, you see that Hispanics are in the top infected group. It doesn't say why that is, only shows that is the data collected. So knowing this is a fact, why is the Surgeon General squawking that "misinformation about covid vaccines" is out biggest problem?
www.abovetopsecret.com...

Are they taking the time to test everyone they "apprehend" at the border, wait for results, and then ship them out, or are they just packing them onto busses and planes as fast as they can to distribute them to communities around the US? I bet that would be a good way to enact revenge on those red states for not having compliant citizens! (that last part is pure conjecture, not based in fact)

We have some amazingly wrong things happening with this administration, and I don't think I'm being hyper partisan in how I view it. This is clown world on steroids. I know other conservatives see it, I hear from them. But I don't hear from liberals. I'll leave out progressives, as this is the plan they seem to be after, so it's exactly what they want.

Is there some giant news about to hit us, that they are trying to make massive changes in a short period of time? I mean, I'm all for the giant meteor, at this point, it would be welcomed by some. But seriously, is it just me?

Screw Covid. Biden is sending illegals to red states to change their political makeup and drain the wealth out of the state.
This is illegal and is an act of war against its own people.

Looks like everyone had a spike around December and January last year.

Also it looks promising for everyone, and it looks like we are all around the same level according that chart.

We know that the administration has been shipping them to red states.

So, as an uninformed observer here, just how do ''we'' know this to be true. Who is reporting this, that these people are bing shipped to red states? Where are the reports from reputable witnesses, where are the photos of military aircraft disembarking illegal aliens in airports across the red states.

Other than of course Tucker

Exactly. If they're Puerto Ricans, then I'm OK with it. I still don't understand why they aren't part of the United States. Is it that hard to add another star to the flag?

Edit: did you know that Mexico is already united, and legally considered the United States too? They're the Mexican United States.
edit on 15-7-2021 by Rekrul because: (no reason given)

Nothing shocks me any longer with this administration. They are vile, corrupt and it's obviously what the democrats wanted when all 983 trillion voted for him.

I heard about Russian Collusion for four years from gullible dipsh!ts like you.
Tell it to your mommy, commie. Cuz I don’t care what you heard.

originally posted by: NotGuilty
a reply to: network dude

Screw Covid. Biden is sending illegals to red states to change their political makeup and drain the wealth out of the state.
This is illegal and is an act of war against its own people.


Thank you for calling it what it is.

But I wouldn't blame Biden, because he's not in control, whoever pulled Obama's strings is now pulling Biden's strings.

originally posted by: Rekrul
a reply to: network dude


Between tucker, Alex and Qanon, the rightwing has all the information they need to make a rational decisions. Plus Alex has a line of supplements to make you smarter and feels good.

well Terry, I didn't write the article, I did present it due to the military moving illegals around. I'm not sure they are going to strictly red states, I even mentioned that in MY op. But you should educate yourself as to how they are assimilated into groups as they enter new areas. I was amazed as how seamless the process is.

And hating on the source is par for the course around here. Which is why I suggested self verification.

Not being tested, and crimes/rapes are increasing where they're being sent. Read a story yesterday about how Biden's people are just handing children off to anyone who wants to take them.

Airfare paid by Uncle Sam for the people to come get the children, or for the children to be flown to the adult "sponsors", if those sponsors want to stay hidden, for some reason.

This is just sad: www.foxnews.com...


originally posted by: Rekrul
a reply to: network dude


Between tucker, Alex and Qanon, the rightwing has all the information they need to make a rational decisions. Plus Alex has a line of supplements to make you smarter and feels good.

Which is why I suggested self verification.

posted on Jul, 15 2021 @ 12:38 PM
link
I would say in a 'normal' political climate Jao Baiden has yet again set himself up to be impeached for dereliction of duty to the United States citizenry.
Alas, so far from 'normal' these days.
Again this too will pass like a stranger in the night.

if you criticize him, you are likely Qanon, so not credible at all. It's the new craze of Derpieness. You no longer have to debate facts, just call it Qanon, and DERP away with a smile.

Tell it to your mommy, commie.

Ohhh, that one sure has a ring to it don't it? ''Tell it to your mommy, commie''. Any wagers on how long it will take that one to become a favorite slogan?

Oh wait, versions of that one have been around for years. Kill a Commie for Mommy. If Mommy is a Commie. But this one, with the added whine is perfect for memehood.

this can't be beat. 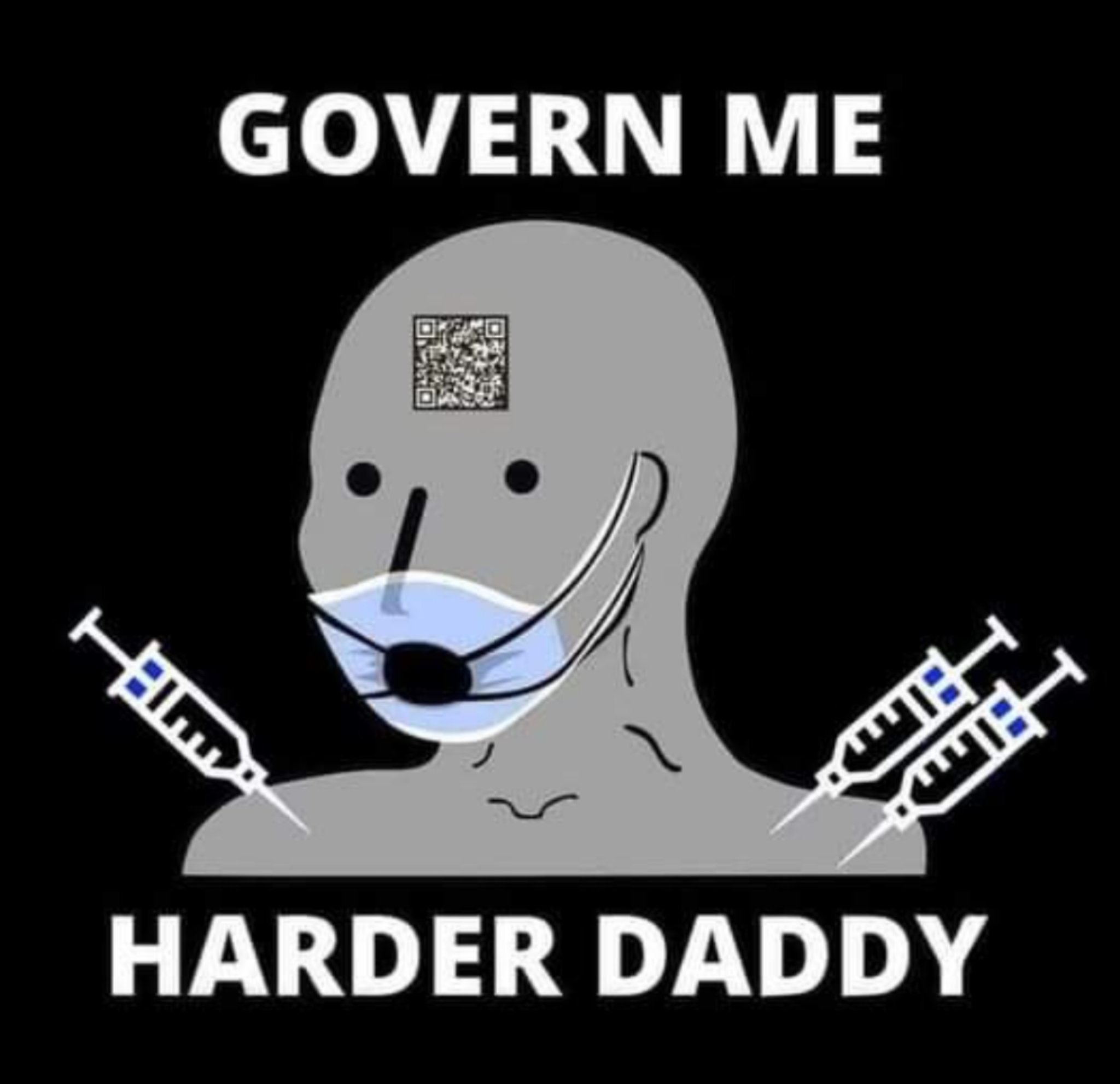