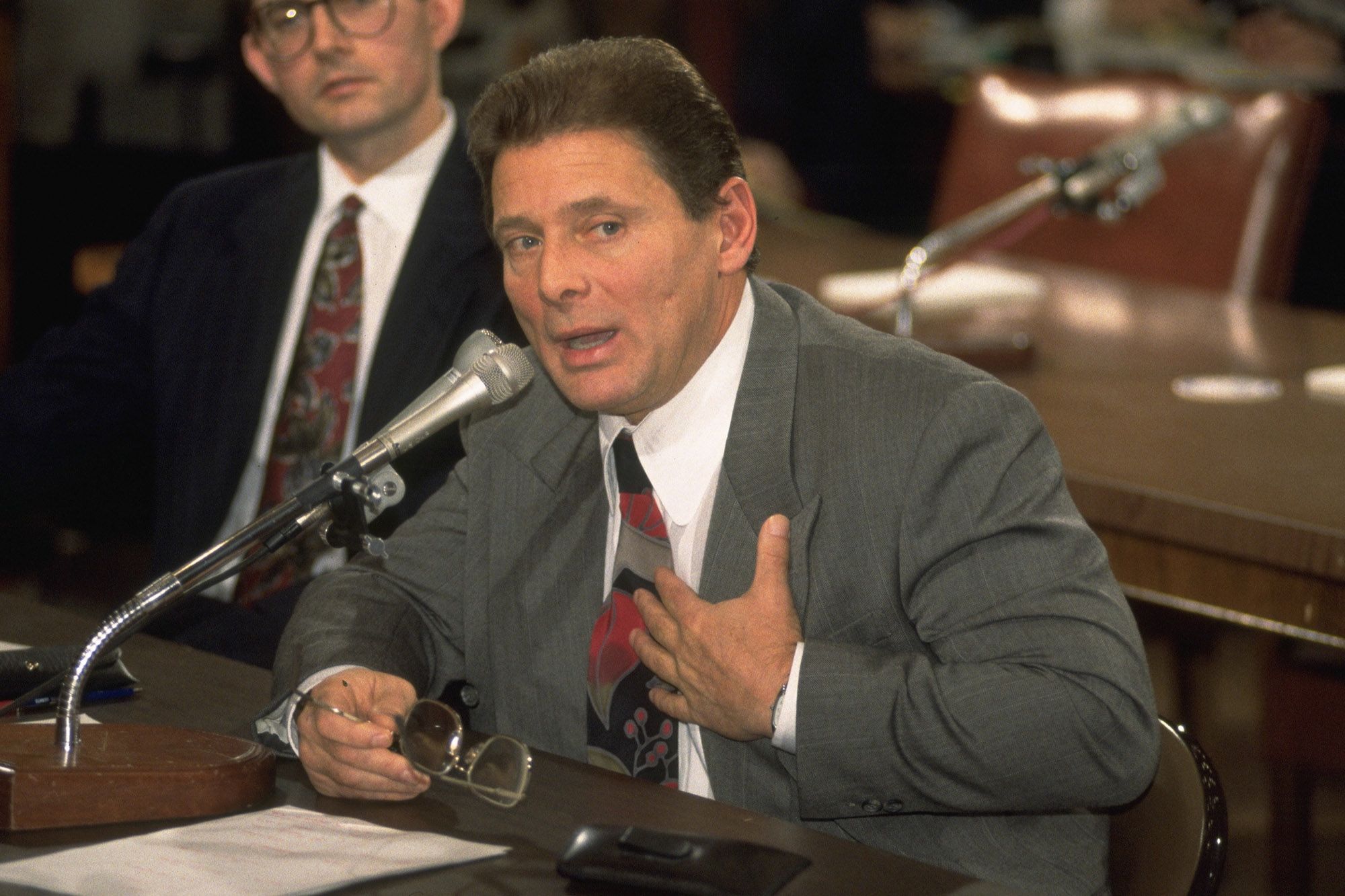 Reared in NY city in the Mafia hey day and in a neighborhood that put
him smack in the middle of gangland. Though his family had no syndicate
ties. His father being a butcher they were protected by mobsters who
were part of the neighborhood. With Sammy's good looks street smarts
he acquired over the years and times being what they were. How was
he not going to end up tough and well schooled in the cosa nostra?

Read a little more about him here if you like or just go to his video.
I thought it might interesting to clip off some off the innocence to
this place and learn what the darker side of life is a really about.
How easy it is to get sucked into " The Life" for instance. As Sammy
calls it.

Originally a mobster for the Colombo crime family, and later for the Brooklyn faction of the Gambino family, Gravano was part of the group that conspired to murder Gambino boss Paul Castellano in 1985. Gravano played a key role in planning and executing Castellano's murder, along with Gotti, Angelo Ruggiero, Frank DeCicco, and Joseph Armone.

Soon after Castellano's murder, Gotti elevated Gravano to underboss, a position Gravano held at the time he became a government witness. In 1991, Gravano agreed to turn state's evidence and testify for the prosecution against Gotti after hearing the boss making several disparaging remarks about Gravano on a wiretap that implicated them both in several murders. At the time, Gravano was the highest-ranking member of the Five Families to break his blood oath and cooperate with the government. As a result of his testimonies, Gotti and Frank Locascio were sentenced to life imprisonment without the possibility of parole, in 1992. In 1994, a federal judge sentenced Gravano to five years in prison. However, since Gravano had already served four years, the sentence amounted to less than one year. He was released early and entered the U.S. federal Witness Protection Program in Arizona, but left the program in 1995.

Any way here he is believe it or not out of prison out of
the witness protection program and with a net worth of
Two cool million dollars. Sammy "The Bull" Gravano!

Uh with I guy like this it might be a good idea to watch
what ya say if you comment. Ya never know about dees
guys ya know what I mean.

There's a surprise for those don't watch videos so don't be
puss check it out.
edit on 1-7-2021 by Randyvine2 because: (no reason given)

posted on Jul, 1 2021 @ 09:06 AM
link
This guy I used to work with named "Lips" said that his Ecstasy supplier back in the 90's was Sammy the bull here in AZ. He would go to his house and there would be gallon zip lock bags full of Ecstasy in the freezers and everywhere. Apparently, he thought he was untouchable because of Witness Protection.

I never really knew who he was talking about until the internet became more widespread.

Ha Ha timing is everything!

posted on Jul, 1 2021 @ 10:42 AM
link
My girlfriend is an old friend of his from Bath Avenue, she said he was a crazy guy his whole life. I watch his YouTube channel, great stories!

Oh my God I watched that one where they had to take
out the boss of one of the gangs that were at war. I
forgot the name but that was great. He said he used to
get his mom so mad at him. And he thought his dad
was gonna kill him when he got home. But his dad
always stuck up for him. He would tell her " I told you
before he's just a bad kid". He said he thought his dad
said that to make him feel bad. But it never did.

According to Sammy's own testimony, his way 'in' was proving he could kill. He did this by driving by a random bar in Queens with Castellano in the car, walked in, and killed a random guy sitting at the bar having a drink.

Never said he was my hero brother. And if I dare to say so
that's pretty cowardly if it's true.

originally posted by: PraetorianAZ
This guy I used to work with named "Lips" said that his Ecstasy supplier back in the 90's was Sammy the bull here in AZ. He would go to his house and there would be gallon zip lock bags full of Ecstasy in the freezers and everywhere. Apparently, he thought he was untouchable because of Witness Protection.

I never really knew who he was talking about until the internet became more widespread.

i was about to say, didn't Sammy get busted later for ecstasy sales later? Or was that another Mafia turned reformed author turned busted for ecstasy?

I've always been interested in the history of and films regarding organized crime, from the Mafia to cartels.

One thing I realized though was that when you compare the Mafia and similar to vast neo-imperial war criminals, empires, the DC swamp, even weaponized FBI/CIA/DOJ, they are small stuff.

It's almost as if hollywood was weaponized to frame these guys as the worst thing, and ignore the higher levels for which they are just low level contractors..

Ironically, some mob leaders in the 70's or so said exactly this, and that the lore was stereotyping Italians, HA.

Can you imagine the stories they can't share?...yikes!


Ironically, some mob leaders in the 70's or so said exactly this, and that the lore was stereotyping Italians, HA.

The way they see it they deserve "The Life" as much as any crooked politician.
Who all pretty much are the same way as they are. They will kill to ride in limos
and have endless amounts of money to spend. They see it in a way that rests their
conscience. Their way levels the playing field for the uneducated and brings the
good times until it's their turn. The psychology is understandable in this messed
up world. Vicious but understandable.