'Vaxed' Teen-"I’d Rather Have COVID" Than This Heart Attack

Isaiah began having severe chest pains at home...and his parents rushed him to the hospital.

According to Isaiah's dad:

“We took him to the hospital but they didn’t take him seriously,” Harris said.
“We waited in the waiting room for over two hours and then they left him in a hallway for six hours.
Things went from bad to worse while waiting in the hospital.
That’s when he had his heart attack and one of his lungs filled up with fluid.”

“Doctors kept denying it was the vaccine,” Harris said.
“They didn’t want to say it was that.

Then a nurse brought in a study showing the vaccine could cause myocarditis.”

So the hospital doctors refused to admit that Isaiah's heart problems had anything to do with his receiving the "vaccine".
It wasn't until a nurse brought in a study by Israeli researchers, showing the "vaccine" could cause myocarditis in young men between 18-30...
that the doctors would even consider Isaiah's heart attack and myocarditis was possibly due to his recent jab.

Isaiah spent 4 days in the hospital and was told by doctors to stay in bed for 6 months...continuously receiving 'heart-numbing' medication.

Isaiah's dad was angry that he was getting so much denial and pushback against a "vaccine" connection...and that the CDC is “passing this off” and “isn’t doing thorough research into this.”

Dad contacted a friend at the Cleveland Clinic who got him an appointment with Dr. Allan Klein, a heart specialist and director of the pericardial center.

“The swelling has gone down,” Isaiah said.
“I used to lift every day but for three to six months I cannot do any physical activity.
The most I can do is walk my dog.
If I get my heart rate up, it can reoccur and I could have another heart attack.”

What pisses me off here, aside from the obvious fact that a healthy, athletic, teenage boy now has had a heart attack and a permanently damaged heart from an experimental, non-FDA approved, "vaccine" he was pressured to take by media and politicians...is the way the hospital Isaiah was admitted to...was SO uninformed and in such irrational denial that this "vaccine" is so dangerous.

One would naturally expect doctors to be vastly MORE informed on these issues and LESS apt, than the general public, to swallow whole and believe the MSM/government propaganda and blatant coverup of any critical information that may contribute to saving lives...like young Isaiah's.

In hindsight, with his life, health and heart now irreparably damaged...

sucks for this kid, but maybe we can all make him feel better by telling him about all the folks that got the shot and didn't have heart attacks? Yea, I suppose that would just piss me off as well.

originally posted by: neo96
At this point getting vaccinated is like playing Russian roulette.

A 1 in 6 chance of instant death? Really?

BrokenCircles
+21 more
posted on Jun, 23 2021 @ 10:22 AM
link
There eventually comes a time when after you have so many coincidences, that even the most skeptical will have to realize that maybe this isn't merely a coincidence after all.

The question that remains is how many more will suffer before that point is reached.


originally posted by: neo96
At this point getting vaccinated is like playing Russian roulette.

A 1 in 6 chance of instant death? Really? 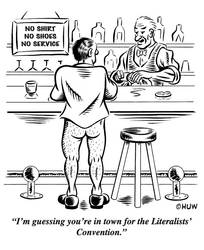 BrokenCircles
+10 more
posted on Jun, 23 2021 @ 10:28 AM
link
Even if it all truly is just a coincidence, there is still more than enough evidence to warrant further examination from those in denial.

Instead, the response seems to instantly be, "NO! This has nothing to do with the vaccine. You're wrong, There's nothing to see here... move along."

I read about this, this morning, like i have said before i have lost all faith in the medical community, this poor kid is now damaged forever, 18 is way too young to be dealing with this crap. I really side eye anyone that says everyone needs this shot, it's like really? I am with the kid and would rather get Covid than deal with this #. Thanks for posting the articleI

originally posted by: BrokenCircles
There eventually comes a time when after you have so many coincidences, that even the most skeptical will have to realize that maybe this isn't merely a coincidence after all.


The vax proponents will never admit that the vax is dangerous. Ever. We're seeing this play out now.
Even if a significant percentage of people suffer debilitating side effects, the pro-vaxxers wont budge.
I just heard a news bite discussing the increasing numbers of people who got the first jab, but are deciding not to get the second. A woman doctor on the show said that the hesitant people are "buying into the conspiracy theories".

Howdy, Several ATS members who did receive the 2 pFizer jabs, were going to pop up now and then to explain possible after / side effects. Supposing they are All still well, they may have by now chose the alternative - 'Say No More'. Fine, but what is a so called distance with such jabs ?? It would have been nice to hear from such, but there we go.........Nowt. All that does is make sure we all keep searching , while in the Background Censorship slowly grows.

This Forum was indeed started with a Fact. So let's keep digging.

Cheers To each and every one who are on ATS.


The vax proponents will never admit that the vax is dangerous.

“The docto r at Cleveland is doing research on myocarditis.He’s seen 100 patients personally with myocarditis from the vaccine,and did early research on this when there were just 77 cases,” Harris said.

2 hrs in a hospital with chest pain thats really unlikaly

Than 6 more in a hallway right before a heart attack

Lawyers should be all over this if true hell never have to work a day in his life
edit on 23-6-2021 by markovian because: (no reason given)

This is no SMALL issue.


This is no SMALL issue.


There have been more than 1,200 cases of a rare heart inflammation condition in people who received Pfizer’s or Moderna’s Covid-19 vaccine, according to a CDC presentation slide published Wednesday ahead of an advisory meeting.

This is no SMALL issue.

It's also a class action lawsuit.

I don't get why they keep pushing the vaccine on younger and younger kids... there were literally like 200 deaths of kids from covid. At this rate, we will have more deaths from vaccine reaction than the actual disease.

It is clear to me that Covid has been used a politcal cudgel, but also the government is also trying to cover up something about Covid as well. I cannot think of any other reason there is not clear, concise debate and discussion at all levels free of manipulation and political agendas as to Covids origins, threat, and treatment.

People looking back on this time 50 years from now will have a field day in regards to mismanagement, conspiracies, etc.

Same exact thing with my FIL! Doctors flat-out refuse to even discuss his recent heart and blood issues were caused by the faux-"vaccine". Bring up the subject and they slam the chart down and leave immediately!

Half a million dollars later, and 2 months in the hospital later, they still have absolutely zero explanation for what is wrong with him other than to say he has 3 to 6 months left to live. Three months ago he as perfectly fine. BUT...IT ABSOLUTELY WAS NOT THE faux-"VACCINE" THAT HAD ANYTHING TO DO WITH IT!!!!!!

originally posted by: markovian
Lawyers should be all over this if true hell never have to work a day in his life


Because he won't be able to, because he'll be disabled for the rest of his life.

I think he'd rather have to work for the rest of his life.

posted on Jun, 23 2021 @ 11:52 AM
link
Waiting for the jokesters to arrive with stories of sticking to metal objects, attempting to reduce the severity of a healthy young man's heart attack with ad absurdum fallacies.

Disinfo agents among us.