"Moscow varient" more transmissible then the delta from India.. announced just after Biden and Putin met, and ended things early.

Did anyone actually have access to that meeting live not hours later? Because more then half the news stations kept vocals off air.. and just blabbed over everything, saying that it will be played later as they wait for the "feed". (Altered recording).

If the meeting was ended, and vocals were cut for most of it. Was it planned or threatened? Some deal made, seeking copy of recorded video that was done live unaltered.

This news was originally posted shortly after the meeting ended hours earlier then expected.
edit on 17-6-2021 by BlackArrow because: (no reason given)

Everyone has their covid variant now I guess.

posted on Jun, 17 2021 @ 06:19 PM
link
Everything even remotely connected to Biden/Harris and all Democrats is ass backwards jolted with red herrings 👀☠️👀

originally posted by: CraftyArrow
Soon we will see the “Covid-Ebola” variant. : O 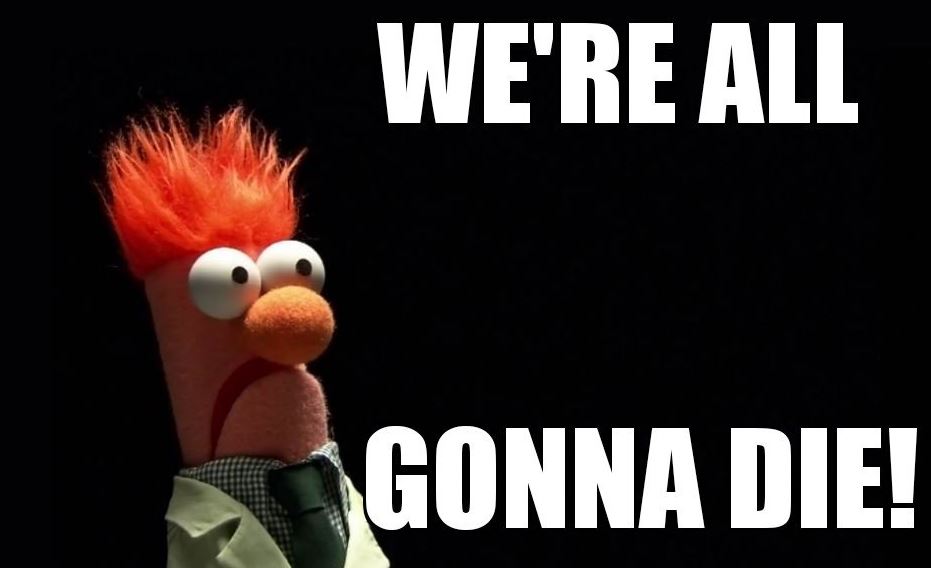 No bs they could just run it 24 hours on every TV station "The penguins brought it from antarctica!!" Now it's facts forever in the history books that's where we are in 2021.
edit on 17-6-2021 by SuicideKing33 because: (no reason given)

I'm really getting burnout on this covid crap. If i have to get one more covid test, I might strangle the person giving it.

Shouldn't they be calling it epsilon instead of the Moscow variant? I thought that kind of thing was racist now.

Shaking in my boots lol.

posted on Jun, 17 2021 @ 09:30 PM
link
Got to keep covid coming, need to keep making shots until people get soo full with synthetic crap in the name of nano technology that the Zombie apocalypses will be upon us.

Make sure you get your zombie insurance and first aid kit.

Covid is going to make people want to eat the brains of none vaccinated people
edit on 17-6-2021 by marg6043 because: (no reason given)

posted on Jun, 17 2021 @ 09:53 PM
link
Lol I agree with ya, lol crap is funny. I think Putin is making a point, he met with Biden left early and like an hr later announced the Moscow virus.

I think he's mocking the democrats, who are probably going to push it as truth. Would be funny as hell if he learns 5 English/Spanish/etc words and goes. "Jokes on you, Covid not true", I would pay to see that crap after they continue running it as part of their agenda.

I know the chances of that happening are slim as hell, but I would love to see a powered country hold some sort of meeting and blow it all up by saying that. Especially if they had a recording of the ruse to begin with.

I'm really getting burnout on this covid crap. If i have to get one more covid test, I might strangle the person giving it.

Shouldn't they be calling it epsilon instead of the Moscow variant? I thought that kind of thing was racist now.

The wife and I have never been tested for covid even though we both had some mild flu like symptoms and also a couple of colds. We did not die because we did not get tested. We got over those sicknesses after a few zinc lozengers and some Chicken soup...so did the kids and grandkids. The daughters and grandkids got tested, always negative, same with the son in law who needed testing for his job when he was sick before he could go to work for his twenty day stretch at the drilling company.

I only know a couple of people who actually got covid and all but one that tested positive recovered after a sickness equivalent to a moderate flu infection. Only one person died that I know and he was far past his covid infection when he did die, I guess he was considered cured, so his wife does not have any chance of getting that settlement death pay they talk about. He died from his COPD he had before the virus I guess. He apparently did not die from a direct result of covid.

originally posted by: xuenchen
Everything even remotely connected to Biden/Harris and all Democrats is ass backwards jolted with red herrings 👀☠️👀

originally posted by: RazorV66
I am really surprised that Putin is putting up with bullsh!t stories like this.


Putin is just following his script like they ALL are.

I usually never have a cold or flu, even though my wife is always sick with something. I got hit with something bad, with covid symptoms, in Dec 2019 .

I thought the Moscow variant was the Delta/India variant? I read that Russia’s cases were up 47% last week.

Is this the Fauci-developed variant designed to attack people under age 12?

That one was scheduled to be released prior to school starting in the Fall, in order to force parents to get their little ones injected with the experimental drug. (No injection, no school admittance)