What would a culture possibly MILLIONS of years more advanced than ours have to say to US?

posted on Jun, 13 2021 @ 08:08 AM
link
I have been giving this a lot of thought as of late. With all the UFO videos and talk on the MSM, I started to think. Maybe the aliens ARE here, for whatever reason, but WE are not the reason. Maybe this is just a base out in the boondocks of the galaxy and we are just a very primitive, uninteresting, possibly BORING species they have little or no interest in. They may like our planet, but us, not so much. We may be as interesting to talk to as a squirrel, maybe even less so. Think of the technological change we have seen in the past 25 years. Now think of the amount of change occurring in an advanced society over a MILLION years and you start to get the picture. If they ARE here, they may have seen a decent portion of the galaxy already, and as species go, maybe we are just not all that interesting or useful. Talking to us, might be like talking to a chimpanzee, maybe you could figure out a way to make it work, but what would you really have to talk about? Its our own arrogance that drives the notion that advanced aliens would even want to try to communicate with us. Ok, that's my thought, wondering what anyone else thinks of this.
edit on 13-6-2021 by openminded2011 because: (no reason given)

Not a damn thing!

posted on Jun, 13 2021 @ 08:22 AM
link
We see that come up a lot, that to an advanced culture we would be like simple bugs, not worthy of communication and possibly even something to be eradicated.

Thing is, were not simple bugs. We have our problems, some pretty petty issues with our culture, fighting amongst ourselves over pointless issues like which piece of dirt we live on, or which sky god we pray to.

But we also have things that are millions of years more advanced than bugs, we have some good art, music, and for frail little bugs our minds have built some pretty grand things.

We certainly wont be considered equals by a species millions of years more advanced, but I hardly think we would be found to be of no value either. Perhaps we would be simply amusing in our primitiveness, or worthy of study.

I certainly think such an advanced species would have reached a point where they could see value in all life, regardless of its place in the evolutionary line. If they see us simply by our most obvious first impression, as being warlike barbarians bent on control and manipulation of our resources and population without looking at the deeper finer aspects of humanity that truly make us who we are, then their maybe not as advanced as they claim to be.

We have an understanding of the sciences and mathematics so we would have that in common , we also have a shared interest in the Galaxy / Universe although we are at the early stages of exploration so perhaps of interest in that respect.

I'm sure ET would be befuddled by us and our idiosyncrasies but would find a fascinating species to study ,if they are / were here and studying us I think their silence would be because they have nothing to say and no need to say it , Disclosure is in their hands.

It would be like us trying to communicate to a neanderthal our technology. So even if aliens had been here and wanted to talk to us they could not effectively communicate with us probably. But I am one those that absolutely believes there is life all throughout this universe I think it is science fiction to think any of them have been to earth, the distances involved are simply too vast for anyone to traverse it.

What would a culture possibly MILLIONS of years more advanced than ours have to say to US? 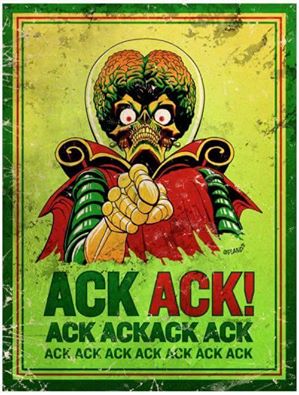 Next time leave the TEA alone.


Look how excited we get when a new bug or species of fish is discovered.

Now imagine critical thinking in such a being.


Their contact would be to provide guidance towards a prosperous and balanced future where we find equilibrium with all things in the universe.

That represents a direct threat to governments and corporations worldwide because it will make our current economic model obsolete.

The government will be the last people to want a peaceful contact.

They observe a bit, then move on.

Still a better disclosure than the actual disclosure.

Perhaps there are limits to how much can be known, no matter how old the civilisation. The laws of and structure of the universe may be final barriers to continuous advancement.

originally posted by: openminded2011 Talking to us, might be like talking to a chimpanzee, maybe you could figure out a way to make it work, but what would you really have to talk about?

Text from a publisher of an article concerning Aliens communicating with Air Force personal in the early 70’s...at Holloman AFB.

“They had an odd, gray complexion and a pronounced nose.
They wore tightfitting jump suits, [and] thin headdresses that
appeared to be communication devices, and in their hands they
held a ''translator.” A Holloman base commander and other Air
Force officers went out to meet them" (Howe, 1989).

Emenegger was led to believe he would be given the film for use
in his documentary. He was even taken to Norton and shown the
landing site and the building in which the spaceship had been
stored and others (Buildings 383 and 1382) in which meetings
between Air Force personnel and the aliens had been conducted
over the next several days. According to his sources, the landing
had taken place at 6 a.m. The extraterrestrials were "doctors,
professional types." Their eyes had vertical slits like a cat's
and their mouths were thin and slitlike, with no chins." All that
Emenegger was told of what occurred in the meetings was a single
stray "fact": that the military people said they were monitoring
signals from an alien group with which they were unfamiliar, and
did their ET guests know anything about them? The ETs said no.”.........