posted on Jun, 8 2021 @ 04:32 PM
link
a reply to: Skeletonized
If the sources of these lights were rotating, you wouldn't see these triangles rotate either, because the triangle is an artifact of the camera so it will only rotate if the camera/aperture rotates. 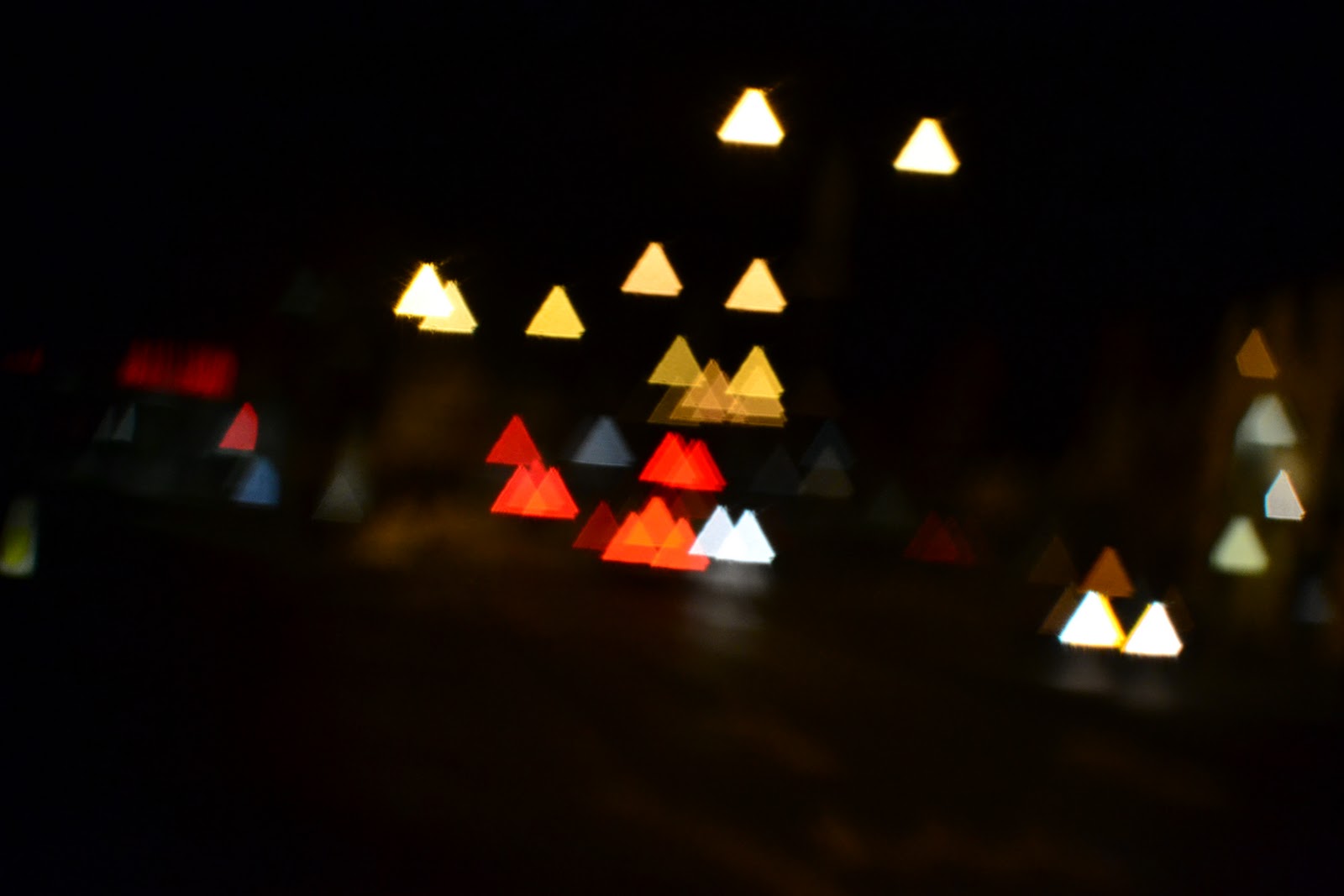 This is what has to rotate to see the triangles rotate: 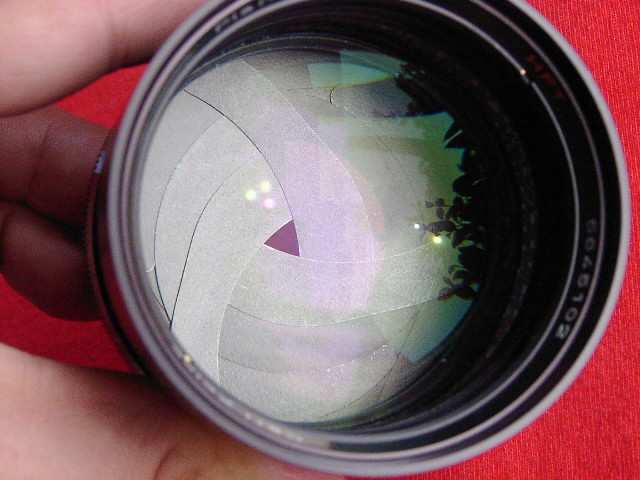 It's similar in the tether video but it's not exactly the same. If you want to understand that better, watch the UFO Hunters debunking video I posted earlier, where Tindall shows an analogy of the lens design that creates the donut artifacts. By the way, UFO Hunters are not really debunkers as a general rule, they promoted all kinds of nonsense in their series that wasn't really true in an effort to promote their show and UFOlogy. Bill Birnes on the show was a publisher of a UFO magazine. So my point is when UFO hunters debunks the donuts and they are typically not debunkers, it should make you think. But if you want to believe they are alien space ships instead of out of focus ice particles, feel free, doesn't matter to me.

When the shuttle dumped waste water, I am guessing one reason the nozzle was used to make small particles is so they wouldn't pose any threat. Their velocity isn't much different from the shuttle, and they are very small so no harm if some of them happen to bump against the shuttle at such a low speed.

You're absolutely right that other particles, even if small, can cause damage to spacecraft, if they are not more or less traveling alongside the spacecraft like those ice particles from the waste water dumps. One thing that helps the ISS and the shuttle in their low earth orbits is that their orbits are so low, that even though the atmosphere is very thin, it creates enough drag to de-orbit stray debris. That doesn't eliminate the threat from stray debris which is in decaying orbit, but it does help to reduce it.

edit on 202168 by Arbitrageur because: clarification

A reflection I presume?

70+ years of real UFO reports from various military and civilian sources but NASA has never reported any ?

Not even a Foo-Fighter type of object.


How is that possible ?

Anybody know of this person and can express an opinion for or against?

“ An astronomer has no business "believing" in UFOs - but sometimes he has no choice...That’s what happened to me. I was an astronomer and planetary scientist for NASA. I worked at observatories and discovered asteroids. I was on mission flight teams to Neptune and Venus, and much more. UFOs were not my thing.But nothing could prepare me for what would happened New Year’s Day of 2017. I walked outside and saw - not one, not two, not even three - but four disks descend from the clouds right in front of me. One appeared to be damaged. I took pictures and a video, and had no idea that by doing so I would change my life forever. As word spread I was contacted by USAF Space Command. The military response was swift and powerful. I was ripped out the world of sanitized scientific paradigms, and thrust into the very world I had disparaged: the dark, strange and twisted universe of UFOs. Suddenly my allies were the very ufologists I had fought with my whole life. I wish I could take that day back – but it’s too late now…This is that story – my true story – and even now it is still unfolding”

Pictures (from his website) he said he took of the 4 objects dropping from the clouds....

I'll never understand the obvious continued confusion of watching something through a video recording. Also the accusations of some that "debunking", in the sense of an agenda, is going on. The same with the pyramid video. There's no purposeful attempt to just flatly refuse to accept these recordings as spacecraft.

Realize we're seeing a second generation view of the objects through the processing of a camera. It's not the objects as they actually appear in person. Now, the images you see have to bounce through mirror(s), lenses, an aperture, etc. before we see it again. Like the pyramid video, it leaves the opportunity for artifacts to cause the way something is seen. This is the split view of inside a camera and lens and what images have to go through first before we see it: 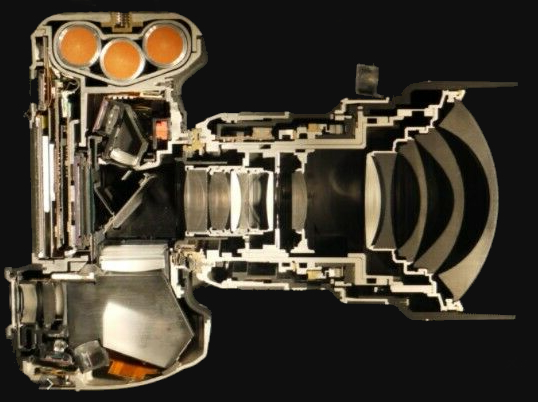 During the default focus of the camera, which we can use as the basic human view, you can see all the objects relatively distinct: 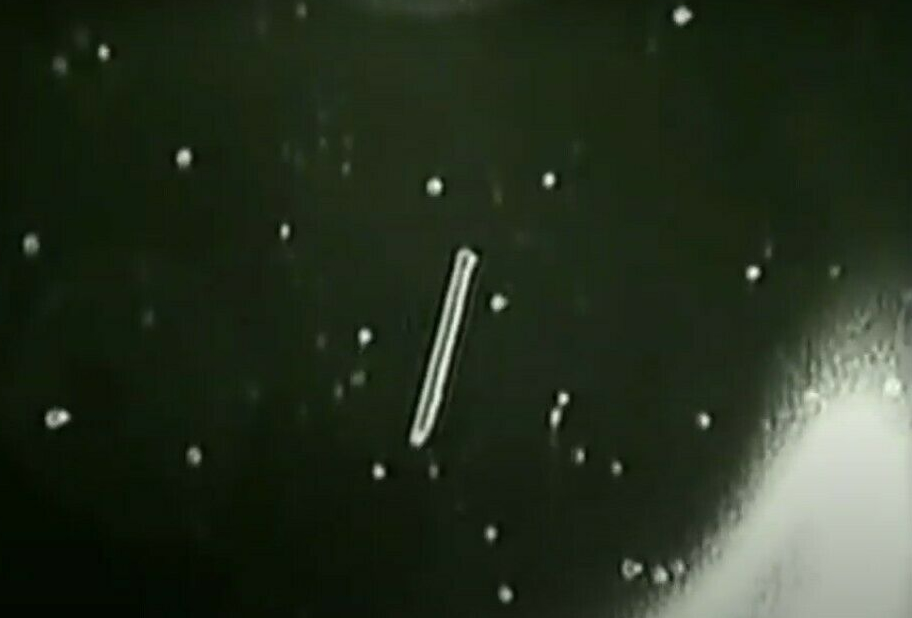 You can see the "donuts" pass on top of the tether:

Even here, the camera can't fully focus on the donut objects in the foreground and you see them flashing as the camera processes the images. They're not actually flashing in person, it's the interpretation of the camera.

After the camera zooms and focuses in on the tether, the objects surrounding it go out of focus, especially in the foreground. That's why you see some of the donut objects appear semi-transparent and pass through each other: 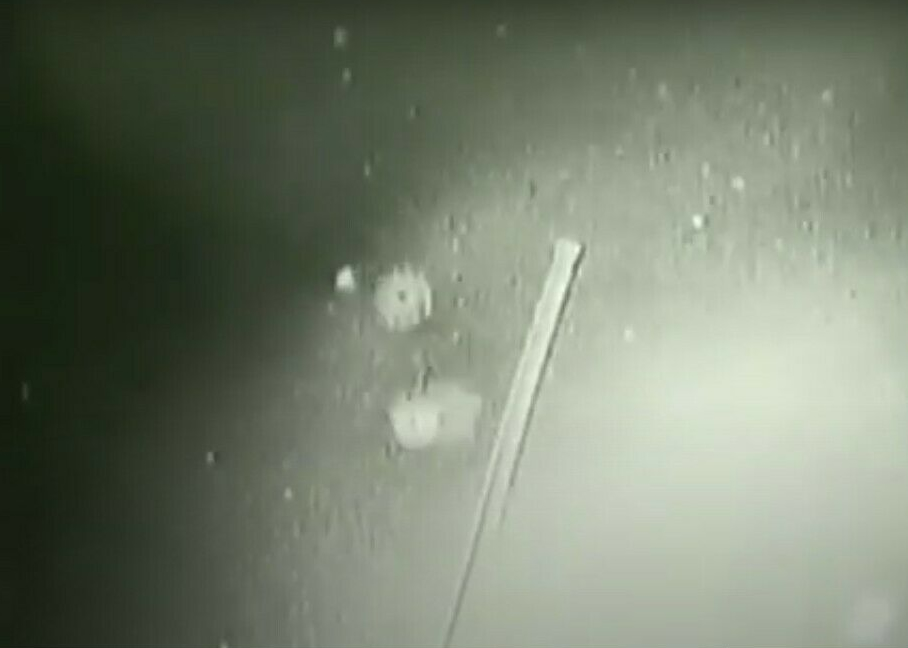 Similar principle as watching TV and putting your thumb up and focusing on your thumb and you can see it clearly. Then you shift focus to the TV and your thumb becomes semi-transparent.

I'm absolutely no expert on the inner workings of a camera, including the Nikon D4 which I believe NASA uses. But common sense tells me, and in my view should tell others, that we're not seeing the actual image ourselves, but seeing it through the mechanical process and interpretation of a camera.
edit on 8-6-2021 by Ectoplasm8 because: (no reason given)

posted on Jun, 9 2021 @ 12:27 AM
link
a reply to: Ectoplasm8
In the debunking video I posted earlier, John Tindall explains the origin of the donut shaped bokeh is the reflector lens. He holds up this for an analogy at 6 minutes in the video, it's a reflector with hole in it, sort of donut shaped, so this is the shape out of focus objects or "bokeh" take: 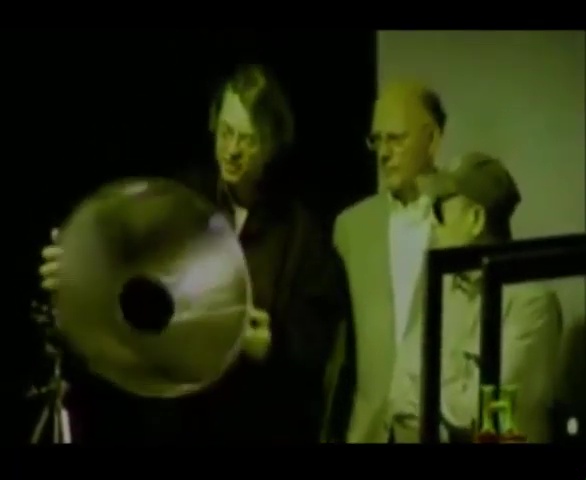 It's sort of a compact telescopic lens, I have a reflector lens for my old camera too, the internal design looks something like this:
www.handprint.com...

That lens type causes out of focus lights to have a donut shape.

edit on 202169 by Arbitrageur because: clarification

I’m fully convinced based on the ground level vid above that the STS-75 space donuts are camera produced artifacts related.........NO UFO’s!

originally posted by: Freeborn
a reply to: turbonium1

If you could post something of quality, that'd be a start.

Surely you see the irony in this?

You ooze it, so how could it NOT be noticed? But, let's go back to the issue..


NASA now investigating Navy's UFO videos: 'There is something there'

"We are doing a lot. As a matter of fact, I have seen and been briefed on those films you have seen. I have talked to those Navy pilots…They followed it and suddenly it would move in a direction faster than anything they had ever seen," Nelson told FOX 13.

"It’s not just those couple of Navy pilots. This has happened now among a number of aviators. So there is something there. We just don’t know what it is," he continued. "So what I did when I got into NASA a month ago, I asked our chief scientist and the Science Directorate if they would look at it from a matter of science and see if it can shed any further light on this."