In today's news brought to you from "just a man in his kitchen on a laptop" and also a guy with more viewers than a lot of CNN hosts, he discusses the Bilderberg Group who according to him, is the Deep State.


He also plays a call he made to Sean Hannity of Foxnews where he wanted to discuss the Bilderberg Group a couple of years back with Sean Hannity simply stating that he has no idea what Mark is talking about. Was Hannity lying?

It seems there is a gag order amongst the msm when it comes to all things Bilderberg, or at least there was at some point.


While I'm sure they play a huge role, my personal feeling is that they are merely a tentacle of the overall octopus.


Do you have any theories on the deep state and if so, do you agree with Mark Dice that the Bilderberg Group is in fact the bane of our existence?

" Do you have any theories on the deep state and if so, do you agree with Mark Dice that the Bilderberg Group is in fact the bane of our existence? " 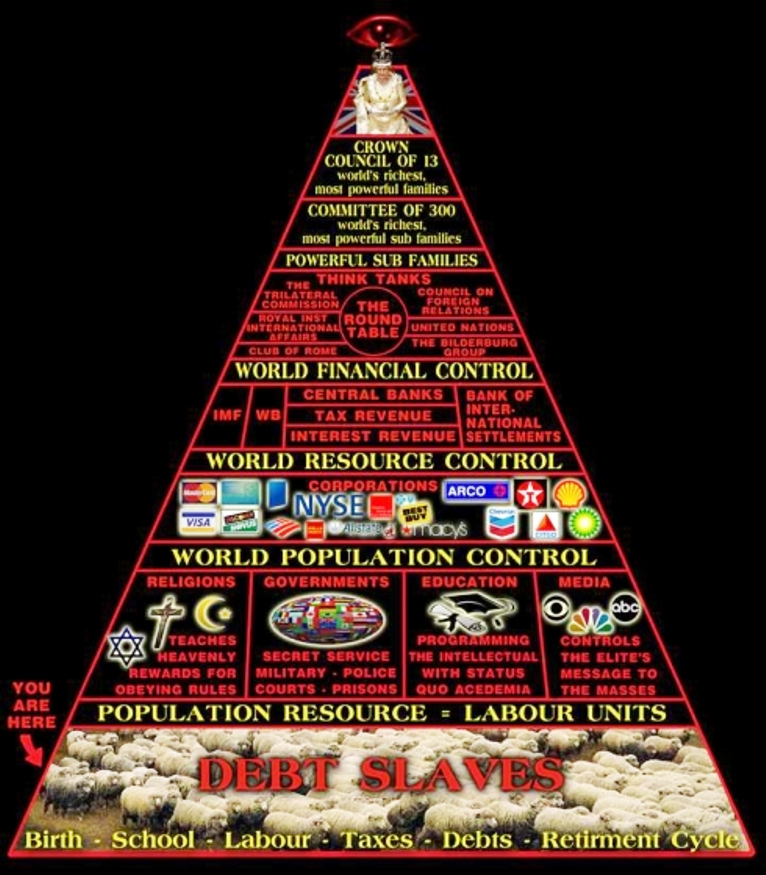 Not sure if I'd say "Mark Dice reveals the Deep State" in the title.
It can be disputed that Alex Jones reportedly brought this to light many years before Dice did. Even before that, there have been many authors who wrote about the Deep State, or the Bilderberg Group, before Dice even mentioned it, but we should most certainly be focusing on this shadowy group of nefarious individuals.

It's apparent that the Logan Act is being violated.

But I am positive that's not the only thing illegal or going wrong at the meetings.

originally posted by: 19Bones79
a reply to: Zanti Misfit

Yes, would say that's a good place to start and when it comes to the Rockefeller/Kissenger cartel then probably also worth mentioning the Trilateral Commission.

When it comes to politicians then apparently "it didn't matter if you were Democratic or Republican in America, the Trilateral Commission always had their men in the system".

Also wasn't that surprised to learn that the World Economic Forum is also 'saturated'' by members of the Trilateral Commission.

"The Trilateralist Commission is international...(and)...is intended to be the vehicle for multinational consolidation of the commercial and banking interests by seizing control of the political government of the United States. The Trilateralist Commission represents a skillful, coordinated effort to seize control and consolidate the four centers of power - political, monetary, intellectual, and ecclesiastical.”


Yeah but what is the all seeing eye since religion is already covered?

I'm just not ready to accept lizards... yet.

Seems I have some homework to do.

I go back and forth on Bilderberg. I mean they are absolutely real, but I am not sure if they are this all powerful cabal or just a bunch of rich people that talk about how to make more money.

posted on May, 31 2021 @ 09:28 AM
link
Quick summary....The powerful Romans, Venetians and Genoans started the Vatican. Many of their relatives where Popes, Bishops and Cardinals. They at one point that they didnt want the concentration of power to be in Rome..The Intermarried with Nobility from other European nations and used them as conquering countries to spread their power and wealth..Spain, Germany, France, and Portugal all countries that amassed great land gains and wealth. All roads still lead to Rome.a reply to: 19Bones79


originally posted by: 19Bones79
a reply to: Zanti Misfit

Could it be that the transition from BC to AD is actually the origin of their dynasty?

Is the all seeing eye a concept originating out of the BC era and the one constant in this puzzle?


Funny you should mention them.


They have been involved one way or another in every country's history and never in any small measure.