The ET aspect of the COVID pandemic

posted on May, 27 2021 @ 10:35 PM
link
I assume that many here are aware of the Hidden Hand dialogue from some years back. If it is taken to be substantially, or even partly correct, the present fraudulent pandemic - and the Great Reset openly promoted as its "solution" - would appear to have multiple levels of causation and authority.

At the "Public Top Level" are the main players: the WHO, Fauci, Gates and his GAVI etc. At the "Deep State Top Level" would be behind-the-scenes players such as the head honchos of Big Pharma, Big Tech etc. But at the "TOP Top Level" would be some sort of ET-Earthling cabal with an agenda somewhat parallel to those of the others, but probably differing in key aspects.

For example, the "New Owners" of Planet Earth obviously regard it as a valuable biological, genetic and mineral resource that needs to be protected from the present environmental desecration. So they would approve of a major reduction in human population to a level providing sustainable numbers whilst retaining genetic variety, probably around half a billion, and so would allow the "pandemic" and Great Reset to proceed and result in a stable, fully-controlled population.

However, they would NOT approve of the environmentally destructive businesses and industries upon which many of the wealthy and powerful rely for their wealth and influence, and here may be a reason for dissent, even hostility, amongst the ranks of those whom we might otherwise view as being united in a single cause.

Perhaps at that stage we may have opportunity to assert our rights as "indigenous owners" of Planet Earth, and obtain concessions, even assistance, in bettering our situation.

My own optimism in this regard is that the New Owners appear not only to be aware of the Law of Krma (which is especially important for long-lived races) but to conduct their affairs so as to avoid it's hazards. Immediate proof of this is the way in which they have exercized ownership. Much to the disappointment of teenage boys and Hollywood producers, they didn't come in with laser guns blazing and giant skyscraper-smashing robots. Instead, they cultivated local henchmen and took the time needed to allow them to figure out how to please their new masters.

Because Earthlings have "given their permission" for the takeover - courtesy of the USA government and military - they're free to enact it. But if a substantial number register their objection effectively - and with the New Owners rather than their henchmen - they probably stand a chance of achieving something.


the "New Owners" of Planet Earth

When did Lucifer give up?
Did Jesus and his guys do a quite but hostile takeover?

I look forward to meeting our new alien overlords.
edit on 27-5-2021 by Sookiechacha because: (no reason given) 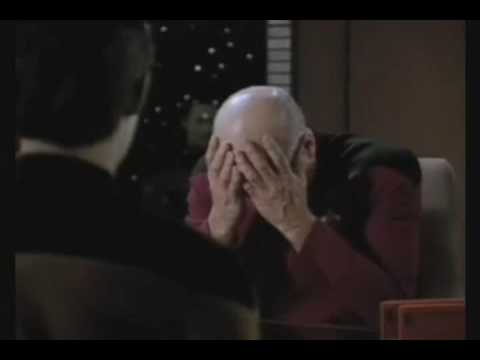 posted on May, 27 2021 @ 11:19 PM
link
Good point, been thinking the same for the last 9 or so years, I also think it's possible we could have emigrated from Mars after it went full global disaster mode. I am unsure by far as to whether or not such a theory is true but ii can see it happening for sure.

Good points. The present/past owners were Those of Yahweh (a so-called Fifth Density social collective) who stuffed things up BADLY. They sought external advice, and Those of Lucifer responded, with promising results. However, Yahweh disliked the necessary result: that Earthings not only stopped worshipping them, but started organizing their own "Psychic Development Unions". Lucifer was then summoned for dismissal, but decided instead to remain as a "prisoner" in the Psychic Realm, STRONGLY advocating STS philosophies, as Hidden Hand explained for those with enough nous to understand.

You see, Yahweh INSISTED they were promoting STO - the "Loving Father" and "Holy Son" come to SAAAVE you BS - and were GREATLY p'd off at having their game called.

So we've been stuck with this argy-bargy between two ET collectives for CENTURIES. BLUDDY tiresome!

At least the New Owners have tossed another ball into the game!

posted on May, 27 2021 @ 11:34 PM
link
Phirun, I like your style. Not sure it is alien based, but my conclusions are similar. Human labor is becoming less and less valuable due to robots now. The oligarchs have extracted so much wealth that they can easily replace 75% of workers with software or machines. Society doesn't necessarily need to be like it is now. They know this, but how do you either get rid of or support those humans who are left? I think we're seeing a little of both between guaranteed basic income and manufactured viruses. This was a first attempt. It didn't really kill many humans. It may have been totally fake, but more of a scare tactic to force the population to fall in line. The next one will actually be deadly. This is what I fear.

> The next one will actually be deadly.

Thanks for the kind comment. Yes, it's a binary weapon (or quaternary as some insist - Google) that is deliberately designed to foil detection. The vaccines aren't DESIGNED to kill you (although they do: try this www.bitchute.com...) but to set you up for fatal consequences (ADE etc). Truly DASTARDLY in the best tradition!

> we could have emigrated from Mars

According to one of the few authorities I respect, around half of Earth's present population have Martian ancestry, about a quarter are indigenous, and the rest "dropped off" as a convenient way of disposal. A motley crew, as anyone well-travelled will readily testify.
edit on 28-5-2021 by Phirun because: Addendum

Good question and quite right, but you're an extreme optimist, not to mention conceited. Earthlings lack perspective, motivation and sufficient intelligence. I'll keep it terse, otherwise I'm in for a biblical dissertation.

Perspective: where are we headed as a PLANETARY species? ... sorry, didn't catch it ... no, couldn't hear you. Earthlings don't have a CLUE about where they're headed individually, communally, socially or nationally. The mere suggestion that they have ANY idea where they're headed racially (there's too many conflicting races for a start) or as a UNITED planetary community is risible! For those who don't understand:

Motivation: you're far better off cajoling and persuading your victims to support you. Ask any professional salesman or (sign of the Cross) politician.

Since when did USA rule the World?

Since when did USA rule the World?


The USA IS the world! The rest of the little places - where no-one much lives anyway - don't count ....

So what about me and my friends who are Sixth, Seventh and Five-thousand three hundred and twenty-first density collectives?!

I can’t believe your narrative is so exclusive and complete omits us beings who are higher than the Fifth density.

Since the end of the Hitler War.

Or haven't you been paying attention.

> I can't believe your narrative is so exclusive and complete omits us beings who are higher than the Fifth density.

We wouldn't want to trouble Your Highnesses with our petty squabbles.

Oh, and thanks to Sookiechacha for The Who vid - one of my favourites.
edit on 28-5-2021 by Phirun because: Addendum.

posted on May, 28 2021 @ 10:10 AM
link
What if we were about to have another big brain event,. But the vaccine is to suppress it.. on December 21st winter solstice there was a sign in the sky,. And now they are desperate to jab everyone by June 21st summer solstice,. What will happen on that day or what is it they don't want happening..

Where does the Temptation of Job fit into this?

Anyways, I came across this post today while browsing through reddit. It's an article from Forbes explaining the new Season 7 update for Fortnite, and how it will include an alien invasion. Update is supposed to release in June.

Just more food for thought! I tried making a new thread but couldn't figure it out....so just threw it in here instead.

It's ALL coming true! NO-ONE will be disappointed.

And few left alive, thank God. Some peace and quiet at last!

Maybe then I'll have time to figure out where The Temptation of Job fits into all this.
edit on 28-5-2021 by Phirun because: Advice to the wicked.

The most interesting point of that whole era is why haven't we been back to the Moon? Almost 50 years. There is a reason. I don't know why, but I have my suspicions. The Apollo mission computer technology was less than what you hold in the palm of you hand now, so that isn't the reason. Cost of going? Maybe. Nothing to find there? No, we never really sampled much. Just for military reasons I would think by now we'd have something established. Pink Floyd. What was there famous album title? Out of sight out of mind.

A very pertinent observation, undoubtedly pointing to mysteries the likes of you and I will never solve. Yes, I've long suspected that there are a raft of reasons why the whole adventure suddenly stopped cold and hasn't been resumed until now. Furthermore, I suspect that whatever explorations of the Moon and Mars are now publicly undertaken will only be done after carefully-negotiated agreements with ... well, whomever.

One of the most important things to understand and accept about all of this is not only that you'll never know the answers, but that you're undoubtedly much better off NOT knowing. During an R&D career at the bleeding edge of hitech, I frequently encountered very wealthy, powerful individuals, by some of whom I was employed (always cautiously and for short periods) and some who tried to befriend me. However, just the vibes I got from them warned me off, and the brief insights I got into their personal lives sent shudders down my spine.

One thing I can assure you of is a common modus operandi. Soon after deciding that they want to know you better, you'll end up one evening out for celebratory drinks (after the new prototype has just successfully fired up, for example) and once you're nicely merry (or so pretending) you'll find yourself in a VERY wealthy and exclusive "club" of some sort, with VERY attractive young ladies cuddling up and sliding their hands along your legs, while three hundred dollar bottles of cognac are opened and poured. And some of these guys mix it with COKE! Yuk!

Having made sure to buy a round of drinks before the price got way beyond my wallet, I ALWAYS thanked them profusely, made my excuses, and left. My resignation usually followed a week or two later. There are places it's best not to go, things it's best not to know, friends it's best not to cultivate, and secrets to keep well away from. If, that is, you have a soul, and value it beyond such things. Because THAT'S what they're REALLY after.

The Dark Side of the Moon - my all time favourite album.