of course not secret but most people don't know so i thought i would share.


other than the ideas of using cargo aircraft as some sort of missile/bomb/minion truck, and with the modern battle field outside of the sandbox CAS aircraft are easy targets for advanced SAMs.

but if they could loiter outside the range of these weapons and use ground observers or drones to mark targets or acquire GPS locations instead of launching a C-130 you could have a few A-10's bristling with standoff weaponry/JDAMS.

it is a slow heavy aircraft true, but it has lots and lots of hard points and with the new LINK 16 and upgrades to the computers and augmented reality system could breath new life into the A10 until we have something better for CAS.

i forgot what congressional hearing it was about ax'ing the A10 some one said that B-1's were being used effectively for CAS in Afghanistan(with Jdams taking a good few minutes to hit the targets because they are so far and high up), talk about expensive over kill.

The whole point of the A-10, that everyone swears by, is the gun. If you're going to convert it to a standoff platform, you're better off saving the money to upgrade the fleet and dumping it into the F-15E/EX. They just demonstrated 5 JASSM on a single E model. The A-10 can't even carry JASSM. Why would you keep a slow, vulnerable, fighter sized platform around, and spend billions upgrading it for a standoff platform? If you're just looking for a standoff platform, the B-52 makes far more sense to keep around. Far more payload, and you get a potential standoff jamming, and UAV mothership out of it. Significantly longer range and time on station too.

originally posted by: Blackfinger
Why the F15x is so much better as a missile truck.

I always fancied the F-15s with Variable thrust,the MTD ,but that would only had been for interception/dogfight

and how many of them flying right now?


Zap: you don't think keeping the A10's normal role but also allowing it to carry stand off weapons a bad idea?

i saw use existing battle tested CAS aircraft for the conflicts we are in now and prepare for a fight that advanced SAM sites will be in play.

im not saying use it for that role alone but just adding another arrow to the quiver for the A10.


we can only fight with the weapons we have right now, not what is in the pipeline..

i would think that a flight of A10's would be much cheaper to fly and maintain than a B52 or even a B1 not to mention if one gets shot down or cant fly anymore its not a huge loss.

Do you think with the 21 coming out that we will be seeing B2's taking a back seat in non nuclear conflicts?

even using b52's and B1's to orbit with JDAM's has got to be CRAZY expensive.


i guess it really depends on the B21's family

As cheap as the A-10 is to fly in the current conflicts, it's massive overkill. You don't need an A-10 to blow up trucks running around in the desert, or targets that have no defenses. If there are defenses in the area, you don't need an A-10. If you're in a low threat conflict, you need a COIN platform, not super A-10s with standoff weapons.

As for the F-15EX, they'll be in production sooner than people realize, barring any major issues, which are seriously doubtful considering the F-15QA it's largely based on hasn't run into any issues. The F-15E, that's currently in service, can carry 15 JDAMs, and use 9 in one mission, as well as 5 JASSM.

posted on May, 30 2021 @ 04:08 AM
link
Army or Marine support has always been about close in support.Knocking a single sniper out of a building is overkill if you take out the whole building with a 1000 pounder..A small laser guided missile that will go through a window and mince everything inside without collateral damage is what they are looking at now..Eyes in the sky have a far better situational awareness than the grunts on the ground.

originally posted by: Blackfinger
Army or Marine support has always been about close in support.Knocking a single sniper out of a building is overkill if you take out the whole building with a 1000 pounder..A small laser guided missile that will go through a window and mince everything inside without collateral damage is what they are looking at now..Eyes in the sky have a far better situational awareness than the grunts on the ground.

Isnt it amazing that now we will have minature missiles that can seek out a individial person. Its like the tom selleck movie runaway. 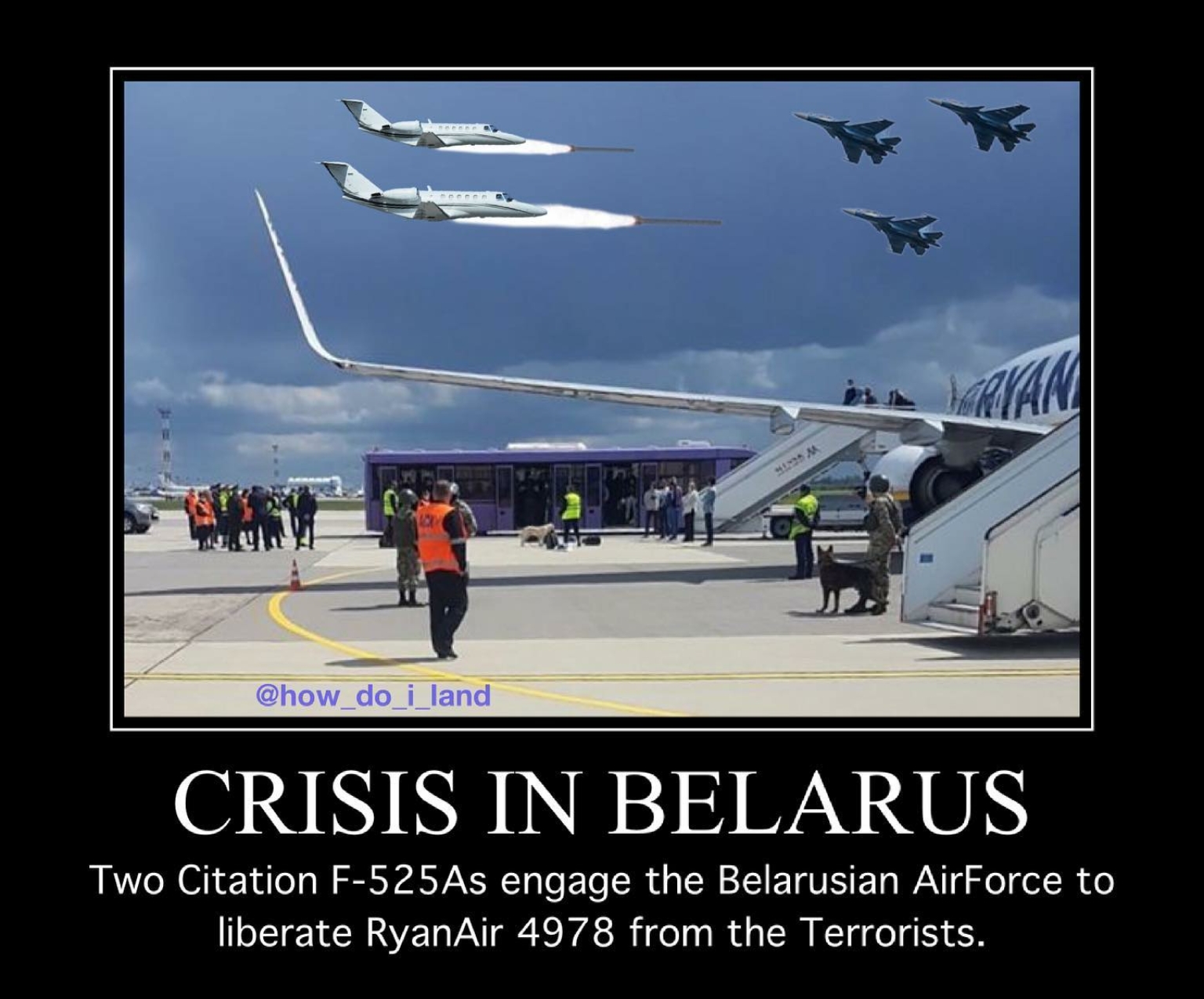 posted on May, 30 2021 @ 09:18 PM
link
a reply to: Zaphod58
The Army SF are testing small SuperCub like aircraft. They have a modified Carbon Cub being thrown through the ringer. Not a weapons platform but surveillance recon role.

There are also two AT-6 and A-29 airframes going to Eglin and Nellis for further testing and development, and SOCOM is starting the armed overwatch program again with something like five entrants.

I feel like any special forces be it from the EU, Russia, Belarus the US would be crazy to have not been using similar aircraft all this time.


I landed at a private airfield in Florida and there was a Gulf stream there with people that had a distinct look, 2 more guys came on to their aircraft and they were already taxiing before my belts were off.

They've had missiles that can seek out an individual. Read that they use a cell phone signal to get a guy once. They waited till he was on a call and homed the missile into that.

Supposed footage of an A10 being monitored by a "UFO"

The most valuable part of a plane is the pilot...if the planes can't reasonably get pilots home on the sort of missions they're needed for they are a liability. Planes can be built faster than pilots trained and experience gained.

i think for the foreseeable future there will have to be someone's but in a seat for CAS that the A-10 does.

and why not use the A-10's when you are building a new platform that way there isn't a mad dash to get a replacement and the A10 wont get mothballed to early.

No, they haven't. They've landing missing parts of wings, and with major damage to the engines. The A-10 is designed to fly with roughly half the wing damaged, and on one engine.

If you put a A-10 against a modern IADS, or against something like an S400, you're going to have far fewer of them coming back. It's that simple. Older aircraft are going to be slaughtered by a modern defense system, no matter how awesome they are. You no longer need an A-10 turning circles over a fight and diving on tanks, which is what they were designed for. Like it or not, the defense world has moved on. The A-10 is only going to be truly useful in low threat areas, such as Iraq and Afghanistan, or after modern defenses have been destroyed.

I could see them being used in N. Korea incase NK comes into the DMZ.


and ofcouse any area with a decent IADS will make quick work of them and if they are flying against the S400 i think the downing of some A10's will be the least of out worries.

the A10 at its heart a tank killer but has for sure saved many many servicemen that being said it was never ment to go up against systems like S300's let alone S400's.

I think if they mothball the A10 it will be a great loss for all the services, until they have a replacement I say let them hammer ISIS or other desert rats