TIC TOCK BABY! Trump is going to be hanged or something..

originally posted by: riverrat01
a reply to: inosomthingudontno

you're the ones that like being lied to. ever find any evidence of fraud?

Did you ever see any evidence of Russia.. LMAO

How about Nick Sandman

Or when they said Trump never denounced white supremacy ?

originally posted by: riverrat01
a reply to: network dude

its funny watching you guys swinging at thin air

LMAO
Sounds like you are part of the deranged cult that whiffed at thin air for 4 straight years.
And still are.

originally posted by: network dude
I just know I will sleep better once he is safely behind bars...

The likelihood is he isn't going to jail, powerful people seldom do, what I'd be concerned about is the potential of paying back taxes with penalties if they do find there was tax fraud. You can't bankrupt your way out of that.

and now YOU are

I'm shocked that Biden hasn't yet signed an executive order calling for the death of Trump.

originally posted by: riverrat01
a reply to: RazorV66

Then why do the Dems absolutely refuse to accept people having voter ID?
Dig for your list of talking points they sent you.

Why dont all of the republicans do anything about it?


originally posted by: network dude
I just know I will sleep better once he is safely behind bars...

The likelihood is he isn't going to jail, powerful people seldom do, what I'd be concerned about is the potential of paying back taxes with penalties if they do find there was tax fraud. You can't bankrupt your way out of that.

you forget about the firing squads. TiCK ToCK!


why we should be skeptical of overly theatrical news stories. Propaganda is legal! This took place at the 2014 Free State Project's Liberty Forum. 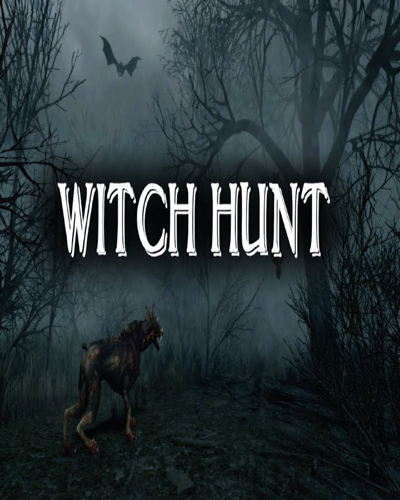 originally posted by: network dude
you forget about the firing squads. TiCK ToCK!

I don't think anyone is going to save him if they figure out there was tax fraud. The last people on the planet you should mess with are the Federal and State taxation divisions.

Both this and the gay cereal make it appear as if the crazy train is fully off the #in rails over in your neck of the woods.

The MSM is a Junkie and Trump is the drug of their choice, they'll take him in any way that they can get him.

Interesting that there is also an ammo shortage, might want to look into that.


No ammo shortage at my local favorite shop....even having sales on most ammo because they have so much.

"The person familiar with the matter was not authorized to speak publicly and did so on condition of anonymity."


Of course. OF FCKING COURSE!!

People receive praise from the media for saying bad things about Trump, they get 15 minutes of fame by the communists. If anyone was actually familiar with this matter, they'd be hollering their name from the rooftops. Clearly this is garbage just like the rest of the claims.

originally posted by: neo96
TIC TOCK BABY! Trump is going to be hanged or something..

The or something is the FACT-indisuputable. Federal LEO. The Courts are now the GESTAPO arm of a political party.

Which those #'s use to call fascism.


Now that the whole awful Trump chapter of US History is over.. and trust me.. it was awful.. and history will not look kindly on him..

I really want to make sure conservatives who feel like you, understand something. If it were Marco Rubio, or John Kasich, or Jeb Bush, or Ben Carson, or Rick Santorum that the Republican party ran instead of Donald... and if any of them would have won instead..

It would have been like George Bush Jr. times, where we make our jokes, say were depressed, and call those candidates dumb for decision A or B.. just like in any political arena with an opposing view leader... but you would NOT have seen any of the stuff you saw with Trump.

and you KNOW that

So no, this isnt the GESTAPO, and no, we arent trying put yellow stars on conservatives.

It was Donald Trump.. himself. He was/is the enemy. Not the republican party, even though they aided an abetted him (Many of which against their will tbh). I know many conservatives, I like alot of them, and despite me being polar opposite on the political scale theres alot we agree on and we work GREAT together because of our different views. Diversity improved everyone, even political diversity..

But Donald Trump... and his cult exist outside of that beautiful system above.


Now tha the whole awful Trump chapter of US History is over.. and trust me.. it was awful.. and history will not look kindly on him..

History won't look kindly on those that faked dossier's,two impeachments, and stole elections.

Except there was no steal. History wont be kind to you trumptards.

But future generations will be laughing their azz off at you.

posted on May, 26 2021 @ 10:43 AM
link
I think it's strange that people are going on about election fraud and investigating various voting shenanigans when the actual fraud has been staring everyone in the face.
The propaganda has been there for all to see since the election began. Twitter, Facebook and all the MSM outlets have been blatantly lying and spreading false stories about Trump with absolutely no blowback. For an outsider like me it's been painful to watch, it's so obvious. It wouldn't matter if all the ballot checking showed no fraud. The real fraud is that one candidate was demonised and slandered at every opportunity and the voting electorate was hoodwinked.

It’s because George W Bush and the rest of the Rinos you named are part of the same machine that Pelosi and Shumer are part of. Like professional wrestling. They pretend to fight, get paid at our expense and laugh at how stupid we are for believing it. The media doesn’t want you to really be mad at Marco Rubio. Because he will do what it takes to get a favorable write up in the NYT. What did Trump ever do but put Americans first? And you call him the enemy. YOU are a pawn of the enemy. And it’s effing depressing that you’re almost but not quite smart enough to figure that last little bit out.
edit on 26-5-2021 by Guiltyguitarist because: (no reason given)

He was slandered because he was a moron