Woke Greens Senator Absolutely Fails & Gets Torn Down In Response

They see nails everywhere because they are always carrying hammers. They have higher moral standards, education and ideology than you and will wax lyrically about it at every opportunity they get.

Fortunately most of them do not get elected to the levels of federal politics however, every now and then one slips through - in my state, always from inner city Melbourne which is the only place woke identity politics and ass backwards environmental policies really gain any traction.

In this instance, Senator Lidia Thorpe in a speech addressing parliament regarding the recommendations stemming from a royal commission in to youth justice and youth bail laws in the Northern Territory (state at the opposite end of Australia to where Lidia Thorpe and I are from) had this to say;

"I do hope the Attorney-General, given he probably didn't read the royal commission recommendations, hopefully he listens to these experts. Hopefully, they're white. You know, white is right in this place,

The Attorney General of the Northern Territory just happens to be this lady; 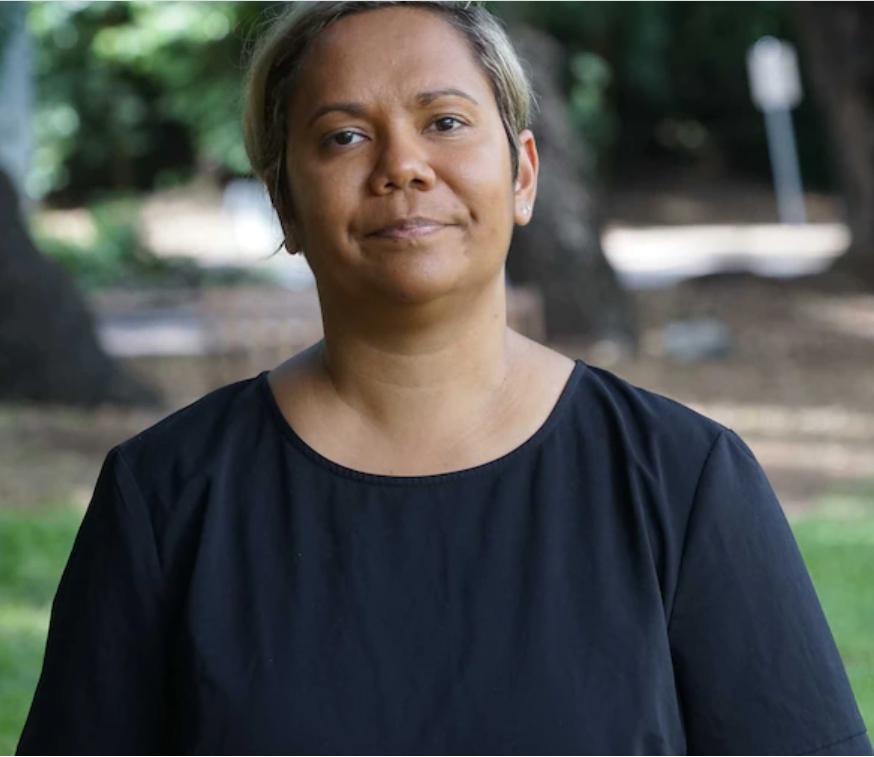 Her name is Selena Uibo and is and Aboriginal woman. Not quite the old white bloke that Ms Thorpe was screeching about.

Ms Uibo was not impressed whatsoever and did not hesitate to correct the record. That the Attorney General in the NT is not a white man at all. She is an Aboriginal woman.

The idiocy of the likes of Senator Thorpe knows no bounds and to be fair she is the collective embodiment of Melbourne's inner northern suburbs and the woke patrol globally.

The rebuttal speech is well worth the watch and be seen here;

This idiot Thorpe is unfortunately endemic of today's society - outspoken, offended yet completely uninformed and to be blunt, stupid.

posted on May, 23 2021 @ 11:35 PM
link
Typical progressive. They are all like this. (I share this video every chance I get.) These bleeding heart liberals are the biggest, nastiest, most patronizing racists in the world.

To make matters worse, Lidia Thorpe is an Aboriginal woman herself.

These people are sociopathic narcissists

Yep, it's pretty bad and to be honest it's getting worse. All you need do is listen to the ABC on any given day and you'll hear unchecked racism like this pretty much everyday.

That... was quite the opinion. And it is a fact that the AG is not a white man.

That was all there was to this "tearing down" and "epic rebuttal". Quite a nothing-burger.

And having show-hosts laugh a politicians is .. strange to me? Because journalism should discuss facts and should be a force of balance to the power of politics over people. But not by fake-laughing at "stoopid woke people in the cities" - while they are the very epitome of city-people themselves. (Have them working a farm, they would last half an hour.)

Truely, if this is the state of your news-channels, it is Murdoch at work.

Did you watch the rebuttal from AG Uibo? It was a tearing down and the ‘tearing down’ phraseology came from the ABC (our national broadcaster) link I shared which is a very left leaning organisation.

See, I mix up my news sources as I don’t adhere to a childish left/right paradigm or think politics is a team sport.

Why is news hosts laughing at dumb ass politicians odd? Is Senator Thorpe not worthy of being laughed at?

Yep, it's pretty bad and to be honest it's getting worse. All you need do is listen to the ABC on any given day and you'll hear unchecked racism like this pretty much everyday.

Agree but I do think this sort of psycho babble is actually the minority that gets amplified by places like the ABC.

I have such a love/hate relationship with the ABC. On one hand, no one else caters to us out here in regional Australia like they do with their programming and Radio National does have some pretty interesting programs too. On the other hand they have been infiltrated and infested by the woke and offended mob.

I would not have a problem with them being ideological if they were a private organisation but they’re funded by yours and my taxes and need to keep that BS out of it. I’d say the same if they had the same slant as Murdoch media outlets. Non-partisan is how they should be.

I disagree, I think complete stupidity such as that should be laughed at, by everyone.

I like how you found a picture of Uibo with a facial expression of how she would look after listening to that progressive's speech.

Got a few of them here who believe themselves saviors of all things ethnic and female unless it comes to trannies, which they will be happy to replace real women with, don't be a bigot.

posted on May, 25 2021 @ 12:12 AM
link
Even when idiots like this get called out they just double down and blame their own ignorance on the patriarchy or the system or sexism or whatever npc response was programmed into them while watching tv.

The people they are endeavouring to save are of course superfluous with the primary objective being to increase their stature among other proglodytes as to who is the most moral, awesome human