The obedience of North Americans (Americans and Canadians) is appalling.

originally posted by: TaiHaChen
They do whatever the government tells them to do. No questions asked. Just about every single American and Canadian takes vaccine and stuffs it into their bodies, just because their government says so.


Have you been drinking? Have you noticed that Americans willing to take the vaccine have basically run its course and the numbers are stalling out to the chagrin of Biden and his goal of 200-million doses? Did you look at any stats before making this claim?

You really are willfully ignorant on this topic, and I suggest looking into things a bit better and the amount of protests and outspoken people and groups against this stuff. You're off your rocker. I do agree that the numbers who have gotten are way higher than they should be given the experimental status of the vaccine and the unknown and unproven side effects of it, but it's nowhere near "just about every single American." Seriously, that's just...dumb.

Brings a good parallel to the 1930s when German government asked German people to slaughter Jews and they obeyed with no questions asked.


Well, I won't argue with you there, because it's a fact that critical thinking is a declining attribute in many Americans. But that's about where the parallel ends.

In contrast, in China and Russia very few people take vaccine after government tells them to because they don't trust their government.


How can you even trust stats from China? Look at this site and tell me that you think that stats coming from China are accurate and usable in a way to attach ANY other country's vaccination status. As for Russia, I have my concerns about the accuracy of those stats too, but I'll concede that what we know about Russia does show a very low rate of vaccination, but it doesn't explain the WHY behind the low rates. This may help you think more critically about it:


Russia lags behind others in its COVID-19 vaccination drive

Russia’s lagging vaccination rates hinge on several factors, including supply. Russian drug makers have been slow to ramp up mass production, and there were shortages in March in many regions.

So far, only 28 million two-dose sets of all three vaccines available in Russia have been produced, with Sputnik V accounting for most of them, and only 17.4 million have been released into circulation after undergoing quality control.

Waiting lists for the shot remain long in places. In the Sverdlovsk region, the fifth most-populous in Russia, 178,000 people were on a wait list by mid-April, regional Deputy Health Minister Yekaterina Yutyaeva told AP.

On April 28, Kremlin spokesman Dmitry Peskov said there are enough vaccines available in Russia, adding that demand was the defining factor in the country’s vaccination rate.

While the story does also say that only 30% of Russians are willing to get the domestically produced vaccinations, that doesn't mean that they don't want to be vaccinated. It also notes that "one possible explanation for the reluctance is the narrative from authorities that they have tamed the outbreak" causing a low motivation to get the shot because the government is lifting most virus restrictions.

All my point is, you don't seem to have your reasons for low vaccinations correct, nor do you have your pulse on a large segment of America's opinion on the vaccination.

The willful ignorance and wide-brush painting in your OP is what is appalling.

ETA: Here is that Canadian complicity you're so concerned with.
edit on 19-5-2021 by SlapMonkey because: feeding trolls is a worthwhile pastime, right? RIGHT?!

originally posted by: TaiHaChen
Just about every single American

originally posted by: ThatDamnDuckAgain
a reply to: Gothmog
They were Germans for them, it was about the Arian, clean race.

One is citizenship, the other race. If you knew some history about my country you would understand that there wasn't as much of a train of thought because united Germany was relative young.

And the poor folks were the first to go. Make no mistake, a lot of the German population would have been culled for not being 100% Arian, even though Hitler wasn't either.

Do you realize that with every single post you make , it reinforces exactly what I am saying ?

That's because all Americans and Canadians are fat and lazy and ready to be taken over by brave people with good haircuts!

I think it's just another new poster coming here to troll. Biden just threatened us and said we'd pay the price (I threat I haven't heard since elementary school) if we didn't take the vaccine, because nobody wants to take it.

You tell me: Someone migrated to the USA from China shortly after USA came to be, at what point are you going to acknowledge they are Americans as in US-Americans or are they Chinese?

So to close my statement, you can play semantics all day long, it doesn't change that difference that a lot of GERMANS were NOT ARIANS and would have been KILLED too, just at a later point in time.

originally posted by: LSU2018
a reply to: SlapMonkey

I think it's just another new poster coming here to troll. Biden just threatened us and said we'd pay the price (I threat I haven't heard since elementary school) if we didn't take the vaccine, because nobody wants to take it.

There have been quite a few recently. 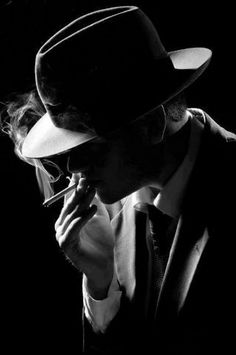 Yeah, I agree, but did some research into the OP's claims since I was ignorant to China's and Russia's numbers, so I thought I'd share with others exactly WHY the OP was so full of jackassery.


originally posted by: Randyvine I just want to be left the F#@K alone. If it kills me
to bad.

my sentiments exactly. but it's beginning to feel like a new witch hunt is warming up.

We all predicted it over a year ago. Well, not all of us 😒

originally posted by: Gothmog
Do you realize that with every single post you make , it reinforces exactly what I am saying ?

The amount of times I have read this sentence from you pointed towards others is staggering and in contradiction with reality. Hence therefor, you are either a statistical anomaly or overusing that phrase.

I go for the last one and the implications are, you're just making this up most of the time.

posted on May, 19 2021 @ 05:13 PM
link
I love how people who have never spent any significant time in the US, and get all of their info from the major news sites and social media think they know all about how the citizens think and feel.

Look at youtube surveys on college campus or street and be shocked about the amount of ignorance from all sides. Apparently we all wear Lederhosen and scream rude commands to the barkeeper or waitress and every American has a fuel guzzling monster truck loaded with loaded weapons that they sporadical fire into the sky out of joy.

I can't speak for Canada but for the US caving is bogus. They are having a hard time convincing people to take the vaccine. The numbers they are reporting are fake. It's so bad they dropped the age to allow children to boost the numbers. I personally have not worn a mask and absolutely not getting the vaccine and have done what I wanted the whole time. Nobody stopped me or told me a damn thing. I also do not shop at box stores, eat fast food, fly on planes. The virus had no impact on my life. Not physically, mentally or financially. I did know a few people that got sick but they were very obese and already unhealthy so hard to say it was nothing more than the flu. All I'm doing right now is waiting for my pool and outdoor kitchen install next week to start enjoying the summer.

n 2016, researchers at the University of Virginia in Charlottesville genetically engineered a magnetized protein, called Magneto, which is inserted into a virus that’s injected into an animal’s brain to manipulate neural activity under the remote influence of magnetic fields.

GOVERNMENT PLAN TO KILL WITH COVID-19 VACCINE AIRED ON TV IN 2009
www.bitchute.com...


. . . and every American has a fuel guzzling monster truck loaded with loaded weapons that they sporadical fire into the sky out of joy.

originally posted by: AutomateThis1
I love how people who have never spent any significant time in the US, and get all of their info from the major news sites and social media think they know all about how the citizens think and feel.

The US is very modular. You can have one town with strict rules and 30 miles away nobody cares, not even the police but this will never be shown on TV. My sister visited me from a few hours away and could not believe nobody in my town was wearing the mask. She even wanted to return to get the vaccine here because her town was out and we had plenty because almost nobody is getting it. The police here never enforced the mask rule even when they were ordered to do so. You are correct about people not understanding what is going on here. There has never been a riot in my entire state because the police here are strict and would beat them down immediately. We also put a bunch of people in jail for election fraud to include a few politicians.

I just find it absolutely ridiculous that a country, any country that has millions of people can have some group come out with a study/survey with a sample size extremely small comparative to the whole and then people just run with it. They don't even check the figures.

It's absurd to take the actions of a relatively small amount of people and apply it to a whole country.

It's also why you may catch me talking # about any country's government, but I won't say # about the people as a whole. I'm not going to say all Canadians, all French, all Swedes, or Germans, or whoever. Or even most, or many.

Speaking of which I surprised no one posted about the communist march in Austin, Texas a couple of months ago.

And you're right. It even happens to people who live here in the US who spend most or all of their lives living in big cities, or likewise who spend their entire lives in the same small town in the middle of no where. The only information they get is what's fed to them through media.

posted on May, 19 2021 @ 07:47 PM
link
I got the jabs because I'm not afraid of shots, and I fly a lot. International travel, if not all air travel,, will very soon be a privilege for the vaccinated. Losing my mask at work yesterday was just an added bonus. My wife has had one shot, and we haven't decided if our kids are getting them or not.
edit on 19-5-2021 by LordAhriman because: (no reason given)

I've noticed. I wonder what the occasion is. Let me know what you find out, Doc.