page: 1
32
<<   2  3  4 >>
log in
join
share:
ColeYounger
+5 more
posted on May, 18 2021 @ 02:45 PM
link
I gave Harry the benefit of the doubt for a long time. A long time.
Harry, Duke of Sussex, had an amazing childhood! His mom, Princess Diana, wanted Harry and his brother William to be brought up differently than the other royal children. She wanted them to be well-rounded. Aside from the standard royal routine, Diana took them to the U.S. to see Disney World. She showed them homeless shelters and AIDS clinics. They ate at McDonalds and Burger King. They got to see the real world. When the brothers were just toddlers, they were major world travelers.

Princess Diana was killed in a car crash when Harry was just twelve. Although he was stoic at her funeral, showing strength and courage, one can only imagine how devastated he was. He held it together, as it were, but a kid losing his mom when he's only twelve yeras old? That's terrible. A few years later, while attending Eton College, a teacher claimed Harry was a "weak student" and accused him of cheating. I thought, "Oh well, he's young. No big deal." After college, he served in The British Army. In public, he seemed pretty cool. He seemed like a true gentleman. A genuine good guy, etc, etc....

Forward to May, 2021. Harry is now 36, and has become a fully woke liberal loon. He has even begun his "Californification", using west coast slang and meaningless woke jargon. He now claims that he never knew how racist the world was till his wife Meghan showed him. In a recent interview, Harry and Meghan told of meeting a BLM founder, Alicia Garza, and said that while they acknowlege BLM “has been inflammatory and disruptive,” they insisted it came from "a pure place of recognizing equality.” You can find hour after hour, page after page of interviews where Harry doesn't say anything of substance. He just spouts cringey woke platitudes. He is such a leftie now, the other day he called Joe Rogan irresponsible for suggesting that healthy young people don't need the covid vax. What is up with this weird love affair the left has with the vaccine?? I'm starting to think Harry is mentally ill. Seriously. Sometimes you can't decide whether to dislike a person or just feel sorry for them. (Even if they're spoiled and mega-wealthy.) 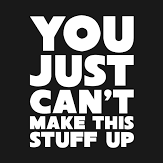 Here's where it gets good:
Sometimes you just have to wonder if you're being trolled. I comment frequently about how I hear something or see an article that I assume is satire. A hilarious spoof. But it turns out to be reality! Well, here's one of the best! It's Harry's "they cut me off" whinefest. I still don't believe it.

Harry said in a number of interviews that the royal family "literally cut me off financially" in 2020. He added "All I wanted was enough money to get security and keep my family safe." Even though Harry knew that his $100 million deal with Netfiix was coming, (not to mention Spotify) he kept insisting that the royal meanies cut off his allowance. He told Oprah that “I have what my mum left me and without that, we wouldn’t have been able to do this,” he said of the couple’s move to California. Yes, he actually said that.

Harry had at least $10 million, and there are estimates claiming, with good evidence, that he had more than twice that. And he had the audacity to say he "was cut-off financially". Truly, you can't make this stuff up! Even the late night talk show idiots are mocking Harry.

Here's a short video of the poor, oppressed victim's house. (I should add that Harry's wife Meghan has also been horribly oppressed, but that's another story)

This isn't how they were raised, as I understand it.

It must truly be difficult having to live on a mere pittance of only 10 million dollars, so very hard. Oh, gosh, I'm weeping for the tragedy of it all. [/sarc]

Here I'd thought he was a grown ass man...seems I was wrong. Cry, baby, cry.

Apparently M said she had no idea what becoming a Royal would involve and did not have any advice or even Google it. Yeah right...

originally posted by: seagull
Diana must be rolling in her grave...

This isn't how they were raised, as I understand it.

It must truly be difficult having to live on a mere pittance of only 10 million dollars, so very hard. Oh, gosh, I'm weeping for the tragedy of it all. [/sarc]

Here I'd thought he was a grown ass man...seems I was wrong. Cry, baby, cry.

Diana was tragically murder... I mean involved in a tragic car accident......

he is exhibiting all the signs of someone that never got over the early loss of his mother and the relatively cold upbringing in the royal family.

she had something about her that reminded him of mom, and mommy issues ruled the day in his decision making.

That said... if the 1st amendment is bonkers he can carry his limey butt right back to england for all I care.

posted on May, 18 2021 @ 04:18 PM
link
cry me a river harry. the royal family should be dissolved and every asset of theirs divided equally among the british people.

Harry, Mr. Black Face Nazi, isn't just feeling the pain of his white guilt, he's also the biggest hen-pecked puss I've ever seen. He painted himself into a corner and he'll never get out of it. If he ever leaves Megan it'll be because she's black and he's racist and he just wanted to hurt her and see her suffer. He was warned by his family never to get involved with a dramaqueen, but he didn't listen and now she's ripped him away from his family and he's forever stuck being a pretender.

Wait a minute back up. I thought he was living in canada now. If he is here in the usa he is just another rich white racist right?

I mean, if he is part of the woke crowd he should realise he is a racist!

originally posted by: DISRAELI
Is it true that there is a "U.S. backlash" against him because he described the First Amendment as "bonkers"?

Yes, he said that. People are still trying to figure out exactly what he meant. As I said before, I am seriously questioning the guy's mental state. To be fair, he has lived his life in the public eye, and some of his remarks seem to be directed at the media, the paparazzi. I could be wrong. It's weird how he claims to yearn for privacy but seeks attention at the same time.

It's funny how some people think it's silly to air all your troubles in public, while others think these celebs are heroic to do so. Personally, I think they need to get over themselves. How self-important can you be?

If this was 1968 and Dennis Hopper was asked to comment, he might say something like: "Hey man, Harry's just holding a mirror up to society, man!"

originally posted by: RoScoLaz5
cry me a river harry. the royal family should be dissolved and every asset of theirs divided equally among the british people.


Perhaps divided up amongst the entire "Empire," upon which the Sun never set.

posted on May, 18 2021 @ 06:15 PM
link
Harry is an utter fool and has fallen deep into the Meghan hole. He’s about as welcome back in the UK as another wave of Covid. The guy seems to have lost all touch with reality and is pretty much a disgrace to his country and his family. California is the best place for him, with all the other nuts.

posted on May, 18 2021 @ 06:57 PM
link
a reply to: ColeYounger
Narcissistic women can turn the coolest lads into pathetic shadows of their former self.
I had three kids with one, I speak from experience. Its only when you come out of the other side that you realise the power of psychological abuse.

Narcissistic women can turn the coolest lads into pathetic shadows of their former self.

He's definitely under the spell of that temptress.

You're put down in her book. You're number thirty seven, have a look.
She's going to smile to make you frown, what a clown.
Little boy, she's from the street. Before you start, you're already beat.
She's going to play you for a fool, yes it's true.

originally posted by: Nickn3
Harry is a weak man and Megan is leeding him around by his Johnson.