And maybe even a mini celebration for those that were losing faith in our system.

This is a must read story all the way through, because looks like this guy was having a mental episode, and agreed to go to the hospital for observation, however his wife told police he had more guns, which they search for and confiscated without his consent. Big mistake, because now these officers just set new case-law, by the highest court in our land.

It will even effect vehicle searches now too. 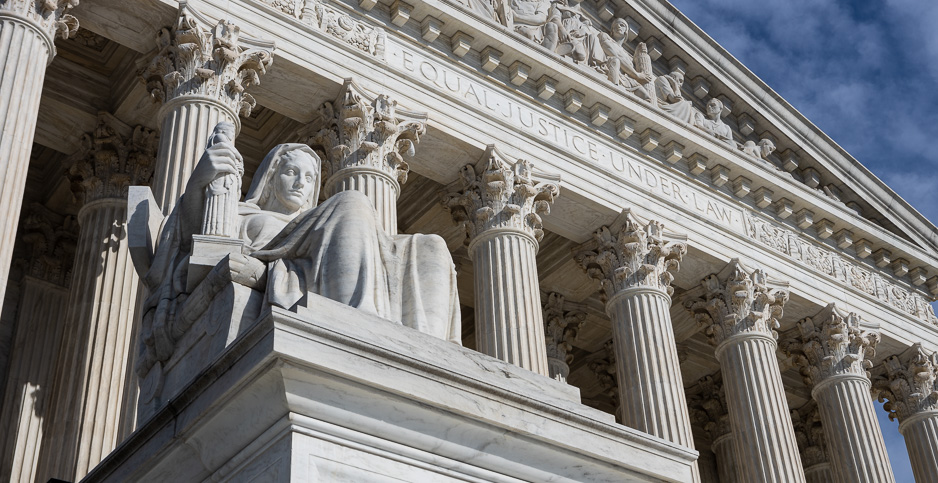 The Supreme Court ruled Monday that warrantless gun confiscation from Americans’ homes is unconstitutional, voting unanimously on the side of a Rhode Island man whose firearms were taken by law enforcement without a warrant after his wife expressed concerns that he might hurt himself.

According to Caniglia v Strom, a lower court had previously determined that police confiscating the guns without a warrant fell under the Fourth Amendment’s “community caretaking” exception, but a 9-0 vote from the nation’s top court struck down that ruling.


Funny how the MSM outlets don't mention guns in their headlines. lmao!
edit on 17-5-2021 by Realtruth because: (no reason given)

originally posted by: dandandat2
How did the lower court make such an apparent blonder?


How? they took their bias to the bench...thank God the Supreme Court unanimously got their # together for once.

You know it's bad when even the leftist Justices say, "WTF???"

It's like a said a few times on the boards already.

They no longer need to take our firearms.

originally posted by: Randyvine
a reply to: Realtruth

It's like a said a few times on the boards already.

They no longer need to take our firearms.


It has less to do with guns, but more about our constitutional rights, especially the 4th. The guns were just the icing on this landmark decision.

Our constitutional rights have really taken a beating, but this will effect many areas of legal proceedings from this day forward, also the decision is not retroactive.
edit on 17-5-2021 by Realtruth because: typo

I mean , How Could they Rule OTHERWISE ? They were Confirmed to Uphold the Constitution , not Defame it .
edit on 17-5-2021 by Zanti Misfit because: (no reason given)

posted on May, 17 2021 @ 11:35 PM
link
The same Supreme Court that refused to overturn the election? I thought we were on the Supreme Court hate train around here?

The SC is obviously compromised, we should be questioning this decision! Right? If you asked anyone around here what they thought about the SC 4 months ago you'd swear they were liberal pedophiles trying to destroy America.

Good news though. I agree with the decision.

Except with the rigged election. They decided NOT to uphold the Constitution then.

How quickly we forget. 😂

This Supreme Court ruling is a death-blow to Biden's plan to have Beto O'Rourke confiscate firearms from law-abiding citizens.


Our constitutional rights have really taken a beating, but this will effect many areas of legal proceedings from this day forward, also the decision is not retroactive.

I understand our rights have taken a beating. So has our
traditions our freedom our health our safety and our children's
future.

Not to mention our economy our border and the American
dream. What isn't taking a beating? So the way things are going,
how would a thinking person not interpret all this in a very
dark way? Seems to me there must be some powerful people
that want a lot of other people to just go away. I know of
600,533 people that no longer have any use for those rights.

So why take anything away from the sick and dying? sure
this is great news. To bad it's trumped by more pertinent
developments.

originally posted by: dandandat2
How did the lower court make such an apparent blonder?


There was no blunder I imagine. More than likely they were doing their job for the people who appointed them, legislation from the bench.

Back in [my old city] a mentally ill vagrant women decided she was in love with me, having seen me on occasion downtown (you can surprisingly see many of the same people every day in a big city if you pay attention)

Over the course of years - years - she befriended people I worked with, people in the building I worked at (like security), and got information about me from them - my name, birthday, profession, etc. (this was before muh everything online).

Over night she would fill my voice mailbox at work with love messages - and messages like "who was the girl you went to lunch with yesterday" showing that she was following me. I knew her by sight, and by name because people at worked asked me about her.

One day she decided to go to the local prosecutor's office and take out an ex parte order of protection against me. She had apparently decided we lived together and that I was beating her on the regular. Keep in mind, I'd never spoken with this women in my life, the few times I tried to tell her to stop following me she would just run away.

The liberal states attorney, and the helpful democrat judge, freely and quickly obtained an order of protection against me based on domestic violence.

Still hadn't met her, talked to her, had no interactions with her except her following me for years - years - and leaving voice mail messages.

But now I had a criminal order of protection entered against me, without my knowledge, at least until the Sheriff showed up at my office to serve it on me in front of everyone.

I finally got it removed, after going to court multiple times.

But if you want to see these "red flag" laws in action, well, this is what it will look like. Prosectors automatically choosing sides against you; judges entering orders based on check-box forms; people making complaints against you for revenge or injuries real or perceived or hallucinated; and cops showing up at your doorstep to take away your guns before you even know what's going on.
edit on 18-5-2021 by LanceCorvette because: (no reason given)

originally posted by: Randyvine
a reply to: Realtruth


Even the most corrupt dictator holds periodic elections.

Point being, even if the justices are compromised, you can't make it look like they're compromised 100% of the time - you have to let people at least think they aren't