re. the DOE 'Q' security clearance

posted on May, 16 2021 @ 08:52 AM
link
The Military and Intelligence agencies (e.g., DoD, CIA) have security
classifications such as 'Secret', 'Top Secret', Special Access Programs, etc.
The Dept-of-Energy have their own security classes such as 'Q'. They are
separate from those of the DoD/CIA and the latter cannot access them.

UFOs have been sighted over decades. But the number increased substantially around 1947 after the first nuke explosions and ended with the worldwide nuke moratorium in the 1980s. Therefore there is a UFO-nuke connection and the DOE (formerly AEC) would be the logical place to hold the secrets. The CIA/DIA could use them for their own purposes. (Now whether UFOs are actual machines, dimensional rips, plasmoids, dark-matter interactions, Van Allen Radiation blobs etc. is another question.)

Brett Tingley at TWZ wrote another interesting essay on the DOE (
www.thedrive.com...
best-place-to-keep-a-secret
). It backs up what I've been saying for years (thank you, Brett!).

What is somewhat alarming is that the DOE has resisted Congressional oversight
for so long that for all practical purposes it doesn't exist anymore. (And
forget about Congressional members being bought off. That's no big news
headline.)

Also the fact that some secrets died with retired or deceased former DOE
employees. I find that hard to believe. Surely those were archived somewhere
unless they were destroyed for whatever reasons.

Most national nuclear laboratories are now doing 'Q'-level research into
genetics etc. Which begs the question what does this have to do with nuclear
engineering or weapons. Unless ... ... ... ...

... Ahhhhh! Now the pieces are finally coming together! [note: I archived Brett's essay at www.stealthskater.com... ]

I am going to drop this here

I would give credit to the person that posted it but I am not even sure if this gem was hidden in an article linked here, or a member posted it directly.

Anyhow this was on of the most interesting texts about UFO/USO I ever read. The "spokes of light" are very intriguing because my countries history has some stories about wheels in the sky fighting orbs. It's mostly about other cases like missing ship crews and such.

And because to keep it conspiracy themed, the size of the orbs or tic tac and also supposed grey beings is small.. What if the grey beyings are subaquatic intelligent beings in their own pressure and wet suits?

Provided greys and subaquatic beings exist.
edit on 16.5.2021 by ThatDamnDuckAgain because: (no reason given)

Therefore there is a UFO-nuke connection and the DOE (formerly AEC) would be the logical place to hold the secrets. The CIA/DIA could use them for their own purposes.

Great thread and great line of reasoning Stealthskater - haven't gone through the pdf file yet but think Tingley may well be onto something with that essay.

Have posted it before but some intriguing info here from Fran Ridge about a missing file involving 63 cases of UFOs over nuclear installations - also a very relevant newsclipping below from 1950.

This is the first time the AEC has publicly evinced interest in flying discs.

Michael Rupert had said he had a Q clearance years ago in an interview, basically because of his father and the fact his father may have documents that he may have seen accidentally.

They give out honorary Q clearance like that? Like, since you may have seen part of some documents, we might as well give you clearance for everything else?

posted on May, 19 2021 @ 02:33 PM
link
a reply to: stealthskater That's not fully accurate. Both of my parents had Q Clearance as my mom was in charge of Defense Programs for DOE before retiring as the Chief of Administration (previously the highest unappointed position in DOE) and my dad designed, built and ran the S.H.E.B.A. reactor at Los Alamos, developed nuclear weapons and worked on various black projects. DOE is well regulated just as any other Dept. But they ALL have black budgets. And as is very normal, ESPECIALLY with Q clearance, not everyone knows everything going on or what they are working on as they USUALLY only work on their specific parts for projects. My dad used to go play with "toys" which was code he was going to Nevada to blow up a new bomb he build at the underground test site. He also work on xenotech 35 years ago. And as any xenotech would work from a power/energy system that we didn't currently have, I guarantee you that DOE was in charge of those things since, as you said, Q level security if offlimits to anyone not involved with DOE specifically. You will never see those records because it would be giving away info to our enemies. You will not find anyone to talk about it because again - it's national security and they can still go to jail. Even I have conversations with my parents and ask questions and they tell me "we can't talk about that, can we?" even being retired for almost 20 years. Do the research. Check out Kirkland AFB - a little known place where things are hidden in the Manzano mountains (and no just nuclear weapons). Also, don't ever think that we are an in "nuclear era" anymore. Things have been all about xenotech and who gets it since the late 80's. Four countries do and there's no way they talk about it. When the US, China, Russia and Iran (and possibly NKorea last I heard) argue, it's never about nuclear weapons anymore because they are pretty much obsolete with the tech they are doing now and what DOE started doing with the Space Force back in the 80's. Maybe this is just second nature to me because it's literally the world I grew up in with my parents and their jobs and having to be aware of my own security (including a traumatic ordeal in 12th grade when they were away on travel for their jobs). Nothing is about nuclear now except as energy but not for war. DOE has had this tech and worked on it since their inception in the 70's when they changed from the Atomic Energy Agency for a pretty obvious reason with the trail you were talking about! Great post! Cheers! 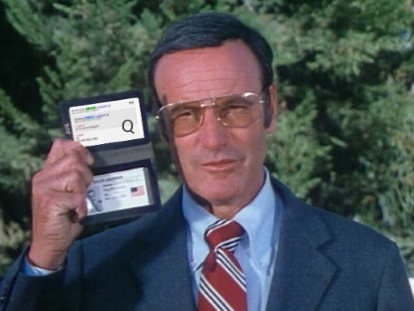 UFOs have been sighted over decades. But the number increased substantially around 1947 after the first nuke explosions and ended with the worldwide nuke moratorium in the 1980s. Therefore there is a UFO-nuke connection and the DOE (formerly AEC) would be the logical place to hold the secrets.

Most national nuclear laboratories are now doing 'Q'-level research into
genetics etc. Which begs the question what does this have to do with nuclear
engineering or weapons. Unless ... ... ... ...

The link between the DOE and genetics/Human Genome Project,many,many people missed that.There is orders of magnitude more to DNA than it is being taught in schools.They know it.Biology is linked to quantum physics.


If we are to believe Tom DeLonge and Elizondo and if my reading between the lines of what they said is correct,the UFOs are made by a higher form of Mankind that is coming from another quantum "spectrum" of planet Earth.This is linked to consciuosness.


DeLonge said that he was told by insiders that the nuclear blasts have a disruptive effect on the Phenomenon.That is why they did so many nuclear "tests" in Nevada.To keep Them at bay and away from the most sensitive black world R&D installations and maybe even to bring some of them down (Starfish Prime).Something that we do not yet understand,some component that is released during a nuclear explosion may be able to leak into Their "realm" and cause problems for Them.


It seems that something does not like it when we begin to research certain topics.For example the DOE Q clearance scientists that were studying Uri Geller's ESP faced incredible and disturbing harrasment from the Phenomenon.The same thing is happening to Robert Bigelow's BICS team.Area 51 may have had similar problems as well. A small passage in the book "Sekret Machines" may even hint to that:posters everywhere on the walls at 51 that read "If you see something odd,don't wait.Report it!"


Also I did not know that the nuke moratorium was in the 80s.Interesting.Col. Corso said that they had determined that the UFO Phenomenon had limited resources and that American technology had advanced enough that the United States was able to reach a stalemate with the EBEs in the 1980s.