page: 1
23
log in
join
share:
intergalactic fire
+4 more
posted on May, 8 2021 @ 12:02 PM
link
Fake people, fake food, fake disease, fake science, fake news, fake babies, fake medicine, fake climate. It is all fake people!
Don't get me wrong they are most certainly real, yes they exist. Artificially created in one way or the other, facts are being twisted, cherrypicked to meet an agenda.
That's reality today and the future of tomorrow!

People are being indoctrinated though schools, programmed through television, segregated through media and politics.

The daycare society.
We have never been more estranged from our family than ever.
Our parents put us in daycare while we were young so it's only obvious we do that to our parents too.

Infertility is rising exponentially caused by endocrine disruptors, pollution, food.
The 'Any Gender Agenda' is pushing people to create life through lab experiments. In a few years time "we will be free" to choose our child appearance.

Make the people believe they are doing something extraordinary by driving an electric vehicle,
eating less or even no meat, wearing a mask or taking a vaccine for example.
Average Joe who has never achieved anything in his life can now feel superior among his fellow beings, running around with his health passport
living his life in full bliss and die with peace of mind.

Robotics taking over life while craftsmanship or basic survival methods become history and a forgotten knowledge.
There is no need the population can do anything for themselves anymore. Why waste breath if a machine can do it faster and better than you.
Isn't there a difference between efficiency and necessity?

Yes I'm saying there isn't much you can do about it. Except it physically or mentally, that's up to you.

Obvious that's just my view and I can't see it to be a beneficial process into our next evolutionary steps.
Others will most certainly praise this type of society.

If you like artificiality then you have a bright future ahead of you.

For the rest, here is one last chance of hope,

Nature Always Finds Its Way.
edit on 8-5-2021 by intergalactic fire because: (no reason given)

posted on May, 8 2021 @ 12:25 PM
link
Wouldn't it be nice if society focused on family, friends, hobbies, co-existing with nature, and helping each other reasonably through shared interests and a general love for life? Doing things, working with hands and skills, taking pride in craftsmanship. Things like that. You know, living life, using the body you have to make things, do things, experience things, enjoy things

Oh yeah
These are humans we're talking about

Let the robots do it all, phones, "apps" etc for everything in this tech-toilet they call earth...

Time to flush if you ask me. Oh, and get a plunger while you're at it.


Yes I'm saying there isn't much you can do about it. Except it physically or mentally, that's up to you.


I agree but knowledge is power and seeing it is part of the battle.

That's all pretty crushing Mr. Fire. I could use a little hope right now after reading all of that.


For the rest, here is one last chance of hope,

Oh good, I could really use some hope

You mean nature that has killer earthquakes and tsunami's and tornado and volcanos and forest fires and scorching heat and wild beasts to chew our necks and bugs to sting us and virus's to kill us and space debris to fly in from the Oort Cloud to totally screw the athmosphere? You meantTHAT nature?

posted on May, 8 2021 @ 01:32 PM
link
We live in a hollywood production these days. People have been watching too much TV and videos. Corruption or dealing with corruption has become a part of everyday life here in America.

Consensus of the time forms the reality we live in. Lately twisting fake science is considered normal if it fits the beliefs of the majority of people, lies become reality in this world and this is not new, it has been going on for thousands of years. Governments created by people who want power and control are often not telling the whole truth, they use science to condition us to believe in things that make those running things profit by our niceness and fears.
edit on 8-5-2021 by rickymouse because: (no reason given)

You mean nature that has killer earthquakes and tsunami's and tornado and volcanos and forest fires and scorching heat and wild beasts to chew our necks and bugs to sting us and virus's to kill us and space debris to fly in from the Oort Cloud to totally screw the athmosphere? You meantTHAT nature?

Exactly that is the way I meant!
Not a great reset by humanity but by nature.

These days, if you end your speech with

.... and also, we will do everything we can to fight global warming and climate change. Make everything green again.

it doesn't matter what agenda you're promoting, you will get all the funds, votes and support you need.

All these years this 'humanity is to blame for everything that's wrong with our planet' is being shoved down our throat that all it needs right now is just a short mention of the revolutionary green agenda, and you will be idolized.
If you question anything regarding, you are considered a terrorist.

A perfect example of how propaganda works. Bernays would be so proud.

I don't believe you.

That's fine, I struggle with the same issue most of the time.

Are we not part of nature?
What if we are nature's way of reset?

Spot on with your thoughts, frustration,& hope. I too long for some real not fake in this world.
Simpler times…
I reminisce…
I am one of the rest that finds comfort in nature.

Time to open the door & come outside 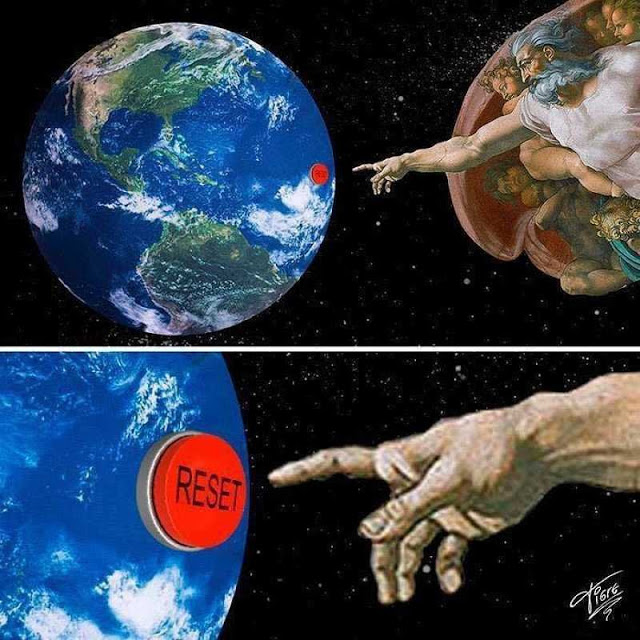 I think it only looks far worse on the surface than actual reality. All things must pass and this altered state will too.

"Nonsense is nonsense, but the history of nonsense is science."
— Attributed to Gershom Scholem

"Propaganda is the executive arm of the invisible government."
— Edward Bernays

"Change the perception of reality of every American to such an extent that...no one is able to come to sensible conclusions in the interests of defending themselves, their families, their community, and their country."
— Yuri Bezmenov 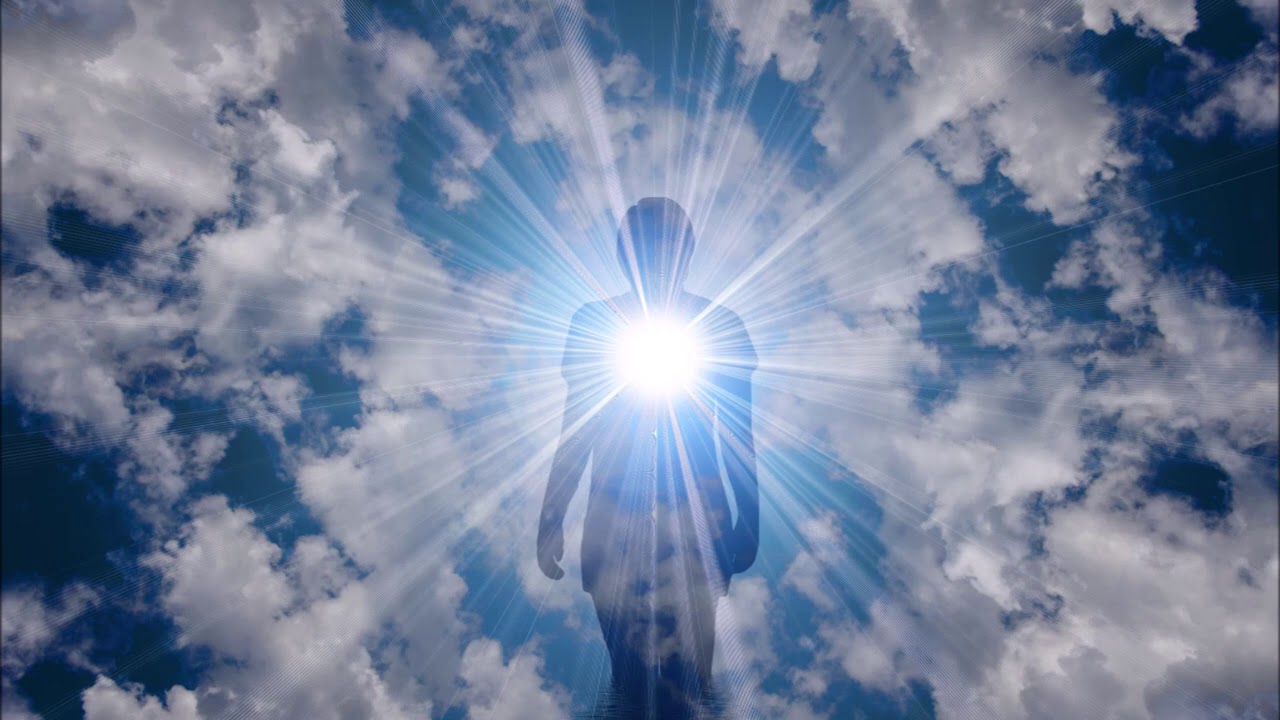 Yes indeed, Bernay's would be proud. He and the other children of the modern propaganda industry learned early on just how gullible human critters can be and learned to take advantage of it. I say modern, because religious propagandists have known this for thousands of years, yes?

You mention down the thread somewhere, ''are we not part of nature? What if we are natures way of reset.?''
Great conversations. In regards climate change if find it plausable. We know from studies that other species have outgrown their habitats by eating up their food sources when they grow beyond their niche, and then they die.

So how is it so hard to look at a most successful species that has developed to the point that it has the ability to foul it's nest with possibly the degree it would take to shut it all down. I mean why not. I"m not saying that this is the case as this climate change might be just a cyclical thing or a solar thing or what ever. But there are enough studies to warrant serious consideration in my mind.

And yes again to your notion that maybe we, as part of nature might work as that reset. If we can hold that we might be part of a catastrophic reset, it might be that we could also be part of a reset that moves it all onward again. I mean why not.

If we hold with all the crap you examine in your op and other signs of crap that we are finding listed in this thread, mine included, we don't have long before it all catches up to us in any event. So what's the harm in at least trying to fix it if it can be fixed. I mean, What else have we got to lose. To quote Earnest Thayer, '' the hope that springs eternal in the human breast''

Oh man! When you put it like that. And so eloquently written.

Were totally, and royally, so screwed.

One might even come to the conclusion the Devil exists after all.