posted on May, 6 2021 @ 12:25 PM
link
There was a belief that if more women were in power politics would be a lot less confrontational , but following the threats against Britain by President of the European Commission Ursula von der Leyen over vaccine supply and now the threat by French maritime minister Annick Girardin to cut off the electricity supply to Jersey over a handful of French boats not getting licences to fish the waters around Jersey that belief is looking a bit misplaced.


The French military ops ship Athos was deployed on Thursday on a "patrol mission" after the UK sent two Royal Navy ships - HMS Severn and HMS Tamar - to Jersey "as a precaution" on Wednesday night.

Boris Johnson sent the ships ahead of a fleet of about 50 French fishing boats descending on Jersey early on Thursday after they threatened to blockade the port of St Helier to prevent goods from being delivered.


As Jersey is a dependency of the United Kingdom its territorial waters came with us after Brexit and Johnny Foreigner , ie the whining French , are not happy that Brexit has consequences for them too. in essence they've spit the dummy because just 17 of 58 of their fishing boats have been denied access to the waters around Jersey because they couldn't prove they fished those waters before Brexit , new rules and regulations have also been applied to those allowed to fish our waters which for some reason the French think is unfair ... well Piere , our waters our rules ... that's Brexit !


The UK's environment and food secretary George Eustice said the row was about 17 French fishing vessels that have failed to provide the data needed for Jersey to grant them a licence to fish in its waters.

Mr Eustice said the UK has been asking the European Commission for the data needed to complete the licence applications and will issue them "as soon as they have provided that data".

"I think the threat that was made is completely disproportionate and unacceptable," he said.
news.sky.com...


French maritime minister Annick Girardin said the authorisation of 41 boats to fish in Jersey waters had been accompanied by new demands "which were not arranged or discussed, and which we were not notified about".

The demands set out where ships could and could not go, how long fishermen can spend at sea, and what machinery they can use, she added.

An official from the French presidency said they did not want the situation to worsen.

Threatening to cut the power to an Island because you can't get your own way ? , that's just spiteful mon ami.

And some people still wonder why we left.
SMH

The Brits are loading there 18 pounders as we speak , May God put wind in there sails

I amazed that no one has posted this already, this story seems to be everywhere.

The only reason I didnt bother posting it is I see it as a bit of a nothing-burger, at least for the moment.

Today's actually been quite entertaining, we even had one guy from our local Militia reenactment society fire a French musket over the boats from the Ramparts of Elizabeth Castle. Lots of locals were down the Albert Quay at 06:00am just to jeer them, lol

They can cut off power all they like, they forget we still have our own power generation, in fact just across the road from me hidden behind a nice electronic store is hidden two turbines, then we have the turbine and energy from waste plant down at La Collette, so we're essentially covered if need be.

Yeah , I thought it would be posted yesterday but decided to have my say because of the French belief there should be negotiations over rules imposed by an independent sovereign Nation on its own waters.

It could develop into another "Cod War" situation until the French understand they have no control over us anymore , clashes between boats may be a thing but not between countries , we're still NATO allies.

I think perhaps we should perhaps start laying our own cable from the mainland.

Quiet a few folk have been bringing up the cod wars, I'm sure it'll get sorted soon, the Royal Navy are off home tonight and tomorrow.

...Guernsey are feeling a bit nervous though,... lol

Time will tell, I guess


And some people still wonder why we left.

Considering Jersey was never a member of The EU in the first place.

Oh hell yeah, they'll do everything they can to make life hell for ya, and then the moment you stand your ground they'll be claiming your a sexist pig and everything.

It's not a good century unless Great Britain and France get into a dust up. 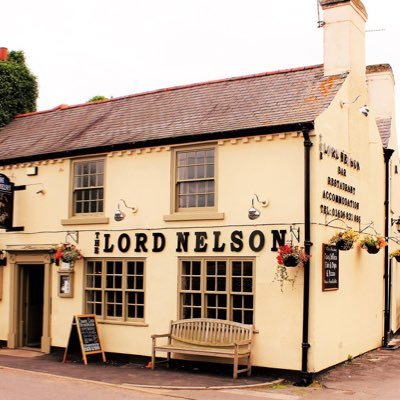 If you are a betting man, you would win.

This of course doesn't benefit me.. . Well, past memes that is.

I'm sure Murphy has something to do with this mess. I blame him.

Great Britain and France border must be somewhere near the Amish villages. I'll check the map.

and hold grudges like i hold in public sneezing these days

Try telling them you need to turn down the thermostat because dress code for you is to be covered head to toe while they complain about being cold in their sleeveless blouse and skirt.

She’s Carrying on like a head of HR wHen someone questions their relevance or ROI.

Bugger the French, someone tell them that’s not where the sea snails live and watch em turn around.

Not quite sure though wouldn’t something like cutting the power to an entire country be considered an act of war?

The French are just a bunch of big HR wenches.

Perhaps you should study french?