I guarantee you that Milano doesn’t understand that she has been destroyed by that girl.
Being “woke” deactivates 99% of your brain and the 1% that is left is just offended by everything.

She needs to take a knee.

Then the other one.

Her acting career depends on it.

Alyssa Milano is the epitome of what it means to virtue signal; all of these Hollywood types are.

While I never want someone to be an idiot, I do like when idiot get called out when they've had ample time to shed their willful ignorance. And that goes for all sides of the political spectrum, as I'm an equal-opportunity hater (and lover).

I really wish a director like Christoper Nolan or someone would remake They Live! into a dark, serious Rated R movie...I swear I feel like I am in that movie some days.


A good remake would be cool, but you know they would never let someone do it who isn't woke.


I wonder if she's going to do the walk of shame.


I wanna see her choke herself out at the next #SoRetarded event. 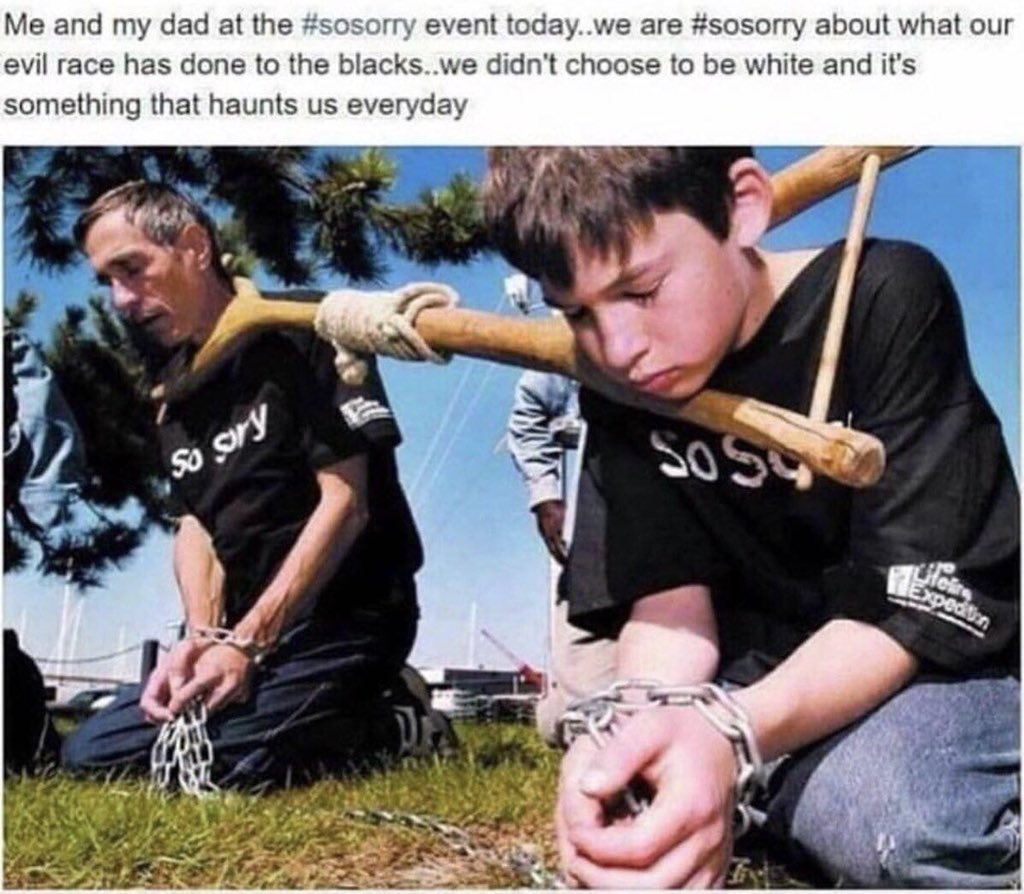 That is thoroughly disgusting. I feel sorry for that kid being raised by woke parents.

originally posted by: NightVision
a reply to: 19Bones79

I had the worst, decades-long crush on her growing up. Then she opened her mouth. People are entitled to their opinions, but this all looks like classic validation addiction behavior. An aging actress struggling to stay relevant through the wrong channels.

You're not alone there mate. I could've written word for word what you just did.


originally posted by: Klassified
a reply to: 19Bones79
They think black people are stupid. They aren't. Many of them are seeing the progressives for what they are, racists who want to keep them dumb and on on the plantation.


Yep. The sooner more black people can understand and see this, the sooner we can end all of this division brought on by the left. I think democrats realize that if the black community ever figures out the true intentions of the left and the ones who really hold down black people, the democrats would be so effed they'd never win another district or election ever again.

I believe that's why they are allowing people to flood through the southern border.

Black Americans have been waking up to gov't using them as just voting pawns,especially after the saw no change from Obama.

originally posted by: NightVision
a reply to: 19Bones79

... People are entitled to their opinions, but this all looks like classic validation addiction behavior. An aging actress struggling to stay relevant...

That is EXACTLY what is going on here!

Get in the news, no matter how...or just fade away...(like they should).


I wonder if she's going to do the walk of shame.


I wanna see her choke herself out at the next #SoRetarded event.

I used to think she was pretty awesome, then I heard her speak. She immediately become one of the most unattractive people I could imagine. So much so that I can no longer watch Charmed, a show I actually enjoyed watching most of the time, mostly due to Hollie Marie Combs. Even the cleavage she relies upon so heavily cant change my mind on this one.

While I hesitate to use the phrase 'white supremacist' (I think people are grossly negligent in its overuse), she is a perfect example of the white entitled liberal all too eager to point out everyone else's shortcomings while neglecting her own.

If liberals spent as much time cleaning their own house as they did inspecting everyone else's this world would be a better place.

originally posted by: Edumakated
People like Alyssa Milano really believe they are helping out black people by taking these views. I live in a liberal town and it is amazing how paternalistic white woke liberals can be in their thinking.

The problem is a lot of these people mean well but they've never seriously had their thinking and positions challenged logically. They've never been forced to actually think through many of their opinions.

I think you're spot on. They're extremely condescending toward black people. They think blacks can't take care of themselves and have come up with all kinds of reasons to account for their belief: slavery, poverty, segregation, lead poisoning, redlining, freeways, white supremacists, the CIA (crack), systemic racism, law enforcement, and on and on.

African Americans were treated horribly in the past, and there are certainly racist white people. There are also plenty of racist black people and racists among every race and ethnic group. That may never change because we're such a diverse nation.

Personally, it doesn't bother me that strangers prejudge me because I'm an old white man. As long as you don't deprive me of my rights or harm me we'll probably get along just fine.

posted on May, 4 2021 @ 05:24 PM
link
I love her, she's an amazing person. Totally go lexbo for her. She's still gorgeous, the fact that she was cut off trying to sympathize just to be blasted was pretty #ty.

There are very few actors in the world that care about the general population, and she is one. Granted a sellout to the "feed the African children" for the past 20years should actually say she's done more for black and other minorities then they have done for themselves in GENERATIONS!

Until I see a BLM member actually donate billions to help their country men and better their society standards by various programs like create an educational system that pays for children to get better schooling that can be used to create better doctors, fund hospitals, funds for better pretty much everything.. from drug clean ups and more... Then maybe I will have more sympathy on this BLM bull#. As currently there is no excuse, they received over 1Trillion dollars in donations over the past year, which is enough money to fund a new country/city if they wanted.

Instead of buying mansions, cars and the average minority family spends 500$ shoes per kids, 2-3k phones most white people won't spend more then 100$ for their kids phone, or 60$ Payless for shoes.. ppl can shut the hell up about AM.

Don't get me started about the "rims" that cost more then their would've education. That most white people won't even glance at.

The divide is there because of the greed they create nothing more. Yes, you can have everything, but budget for it.. and work together. Don't bitch about poor education because you just dumped 10g in rims, 5g for each of your kids new phones. Instead of sending a kid off to school. Quit living in the 'now" and plan for the future. Otherwise there will be NO future.

Truth is out there open your eyes.
edit on 4-5-2021 by BlackArrow because: (no reason given)

You can tell the by the way she simpers and panders in these videos what she really REALLY wants is hordes of black people telling her how she is making them feel like this world is a better place.

People are opening their eyes. That is why this clueless tool is being called out as such.

Also, charitable contributions don't matter squat when you consider how many do it to make amends. Having the means to do that must be nice but it still tends to ring hollow. In the end she is begging for compassion over a group she professes to empathize with while critiquing a pretty large group of people she has no desire to empathize with.

The first gives her the right say what she wanotnts, however the first allows rubuttal by saying she's a scichophant moron, the left should distance themselves from her, because the right wing rhesus monkeys will mash on keyboards and politics should not be an issue, celebrities don't dictate what we should think.

I don't swing left or right, I voted for kodos.