originally posted by: gortex
So many memories , such a great song. 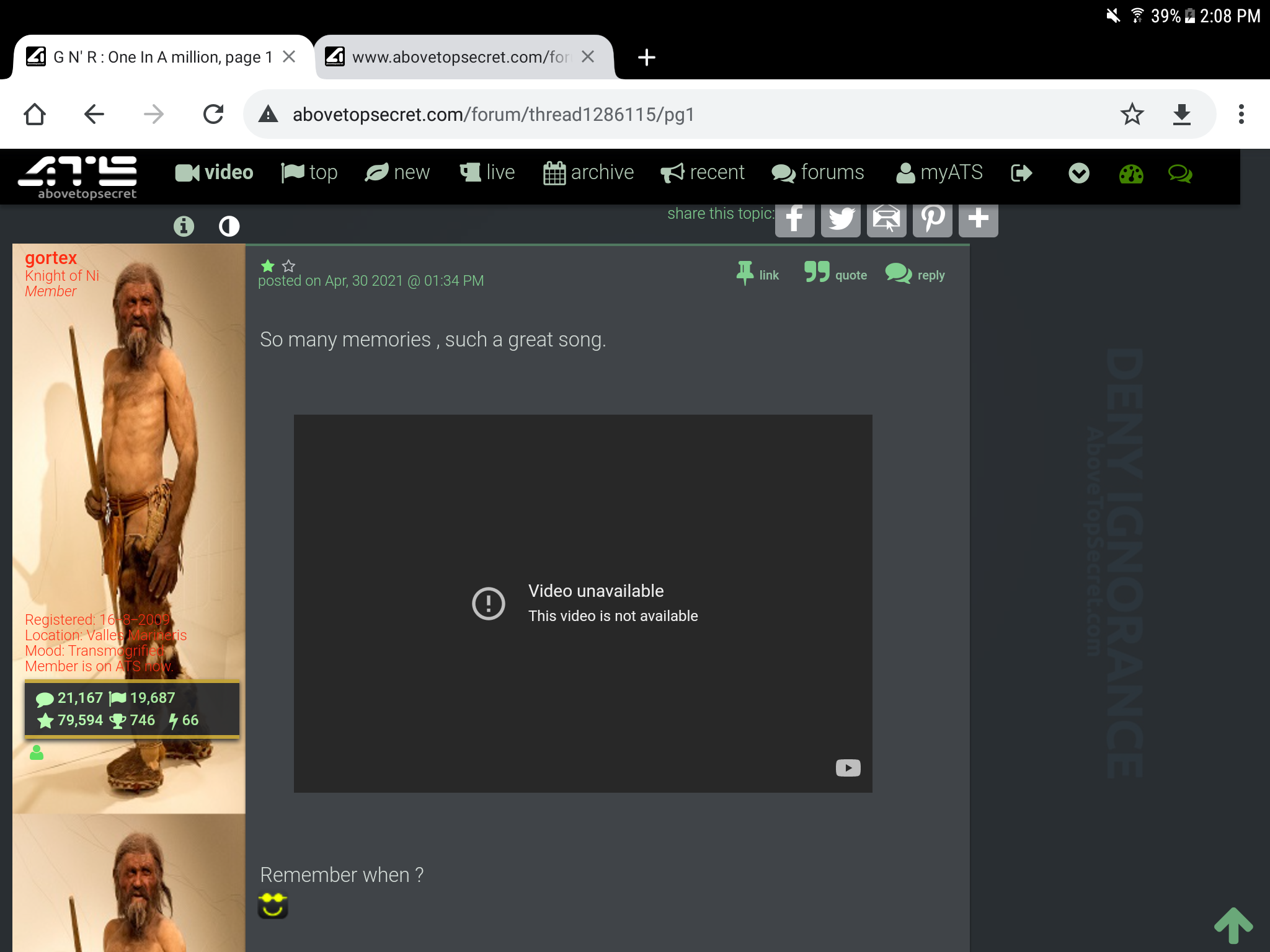 Sorry mate the embed is working for me , I'll find another one.

originally posted by: gortex
a reply to: Bigburgh

Sorry mate the embed is working for me , I'll find another one.

I got it working..

Thanks for the jog down memory lane🤗

I remember when i first heard this song on the radio, the line "immigrants and F######, they make no sense to me... they come to our country, a spread dome bleep disease". Remember being aww struck on what they slipped past the consorships.

This album and Appetite for destruction were practically 2 entirely different bands it sounded to me.
edit on 30-4-2021 by Bigburgh because: (no reason given)

posted on Apr, 30 2021 @ 04:04 PM
link
I remember when Appetite For Destruction came out - me and all my musician friends had a copy of THAT one! Still have mine, don't know about them.

The first 4 songs(the Live songs originally released on the 'Live ?!★@ Like A Suicide' EP) on the album 'G N' R Lies', weren't actually recorded at a live show. Those songs were recorded in the studio, and the crowd noise was mixed in later.

While the EP is ostensibly live, but it was actually done at Pasha Studios in Hollywood, with crowd noises added. Supposedly, the audience comes from a Texxas Jam show in the 70s. In drummer Steven Adler’s book My Appetite For Destruction: Sex & Drugs & Guns N’ Roses, he says that Geffen engineers told him “it would cost too much to actually record a live record”.


I don't know for sure if that means it actually was played live in the studio, as opposed to recording the individual tracks separately, but either way, the crowd was not there.

I'm not sure if that's the reason for the albums title, but if so, it does make it much more appropriate that they called the album 'Lies'.

posted on Apr, 30 2021 @ 09:41 PM
link
Ah! They did a Type O Negative! Their label at the time wanted a live album to release, so they went in a studio, and made a fake live album. Complete with crowd yelling they suck, and back and Peter berating the audience. There was even a recreation of a bomb scare call they had from a past show in Germany I believe.
Great album. reply to: BrokenCircles