Guessing this is the best place?

I get the lens flare that is green, but the sun looks super tiny....is there a reason why? 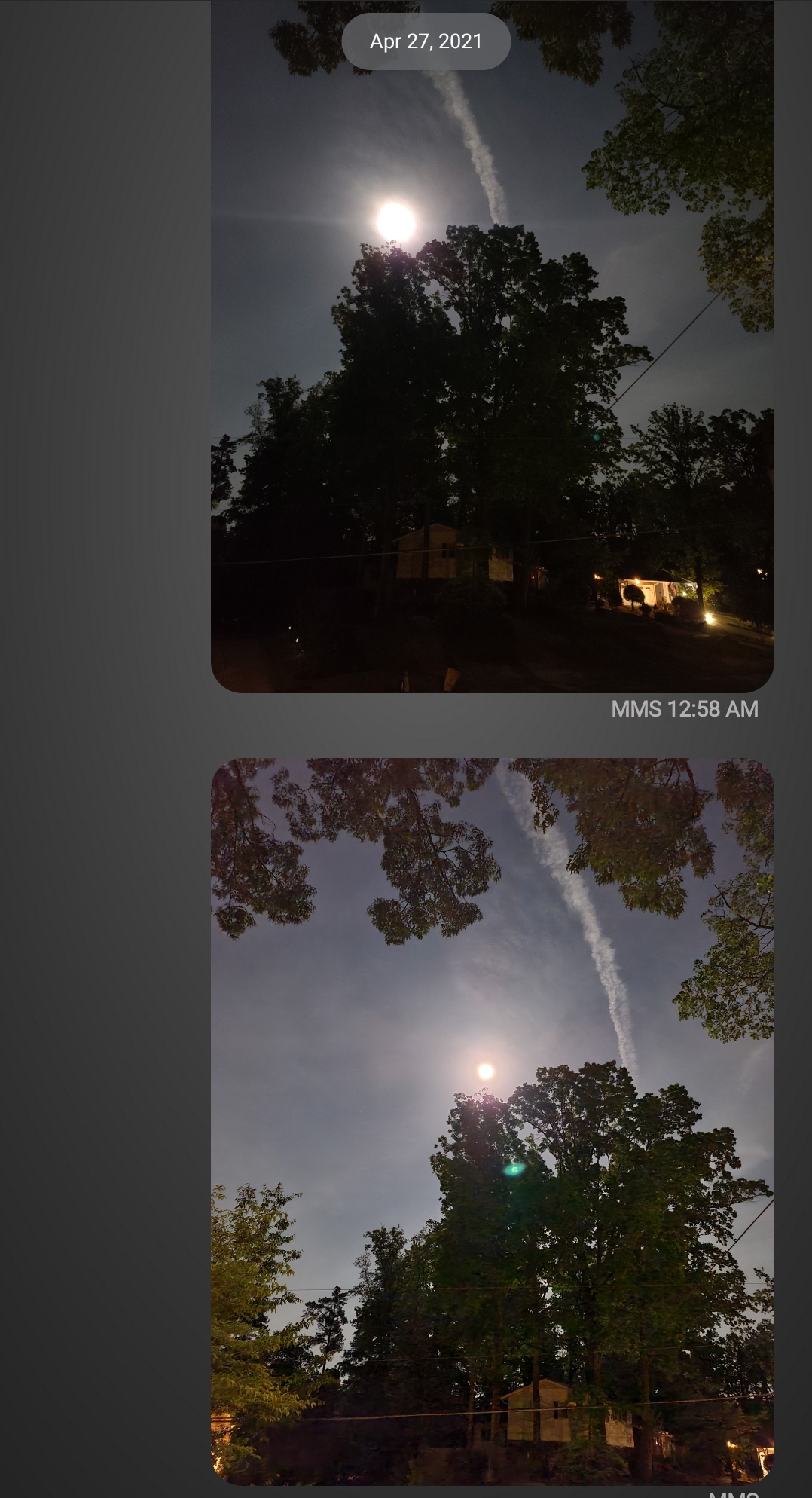 
I get the lens flare that is green, but the sun looks super tiny....is there a reason why?

Probably something to do with light exposure and maybe zoom.

What did you take the pics with?

posted on Apr, 27 2021 @ 04:15 AM
link
When you look through a lens that focuses a on a light source it appears to shrink the image. That is because it focuses in on the image and clarifies the source or boundaries of the light. A good example is looking at a street light from lets say fifty yards away with an unaided eye. The light appears to be a somewhat large fuzzy orb that expands in all directions. If you look at the same light at the same distance with a telescope the lenses focus the light down to the components that are creating the light. The light is still glowing. The lenses have cleared up the image to where you see the source of the light (the arc of the filament inside the bulb) instead of the fuzzy glow that spreads out into the atmosphere and blurs the image. I am not a techie. A Physicist could explain this much better than me but obviously I am not a Physicist. I was a practicing amateur astronomer for a good part of my life. My eyes went and I had to give it up. Anyway, the first time I looked through a real telescope I witnessed the effect. When you look at Mars here on earth through our atmosphere with your naked eye you see a somewhat fuzzy slightly red orb. Look at Mars through a telescope and the lenses make the image clearer. At least it should. I thought Mars would be bigger in the lens but it was much smaller. Clearer but smaller. Kind of blew my mind at the time. I guess I expected to see a large Mars with shooting stars flying by it. Seems silly now but sometimes expectations can have unexpected result. The largest telescope I have looked through is a twelve inch reflector. In a larger telescope there may be a point where it looks bigger? I think photography is used to enlarge the images? This is just my opinion. I hope this helped. if not take what you can use and leave the rest.

BTW
(never look at the sun through a telescope)
edit on 27-4-2021 by Diogeneser because: (no reason given)