How Biden's climate plan could limit you to eat just one burger a MONTH,*Snipped.

Joe Biden announced the goal to cut emissions by 2030, compared with 2005 levels, at the start of a two-day climate summit on Thursday
He vowed the plan, which would set the US on a path of a zero emissions economy by no later than 2050, would create jobs and boost economies
But he is yet to release any firm details on exactly how such a plan will affect the daily lives of ordinary Americans
It could prompt sweeping changes that could affect how Americans eat, drive and heat their homes
While Biden hasn't released details, experts and recent studies have laid out what would need to change by 2030 to reach the goal

Starving all the way to the poor house. 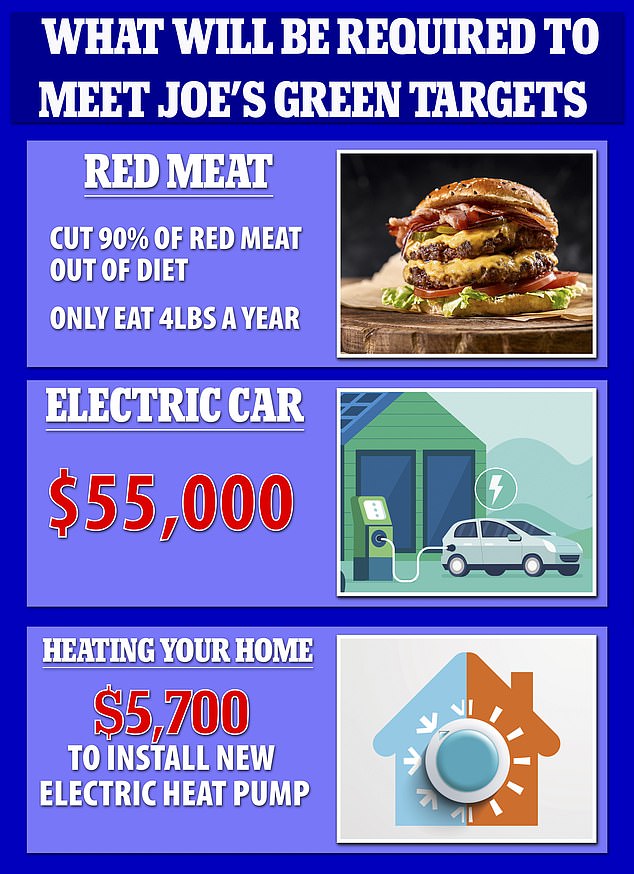 Americans may have to cut their red meat consumption by a whopping 90 percent and cut their consumption of other animal based foods in half.

That will utterly destroy gourmet steaks,burgers,pizza,bacon and other foods.

I guess stop making your current auto payments because they won't be legal.


Nearly 25 percent of homes would need to be heated by electricity, rather than natural gas or oil, to help reach Biden's emissions goal by 2030.

Good luck producing all the energy you'll need for charging your car and heating your home,and cooking, and drying your clothes.


While more than two-thirds of the US population finds that climate is a crisis or major problem, less than half are willing to spend even $24 a year to fight it, according to a 2019 survey by The Washington Post and the Kaiser Family Foundation.'

They're magically pulling numbers out of their arses again.


Jobs: Biden says he'll create millions but Republicans argue it will crush them

The Republicans are right. Millions of fast food,and other restaurant workers will be put out of work since I only get to eat a god damn burger once of month.

Millions of OTR drives will get the boot too since deliveries will seldom be happening.

Say goodbye to one of the most favorite American pastimes. The back yard BBQ.

I am so glad Beijing Biden is literally taking food from my mouth to save the god damn planet.


'The science is undeniable': Biden and Kamala Harris promise to slash US carbon emissions in HALF by 2030 in virtual climate summit with Putin, Xi Jinping and 38 other world leaders

The bullsnip is undeniable the line that's crossed in to cultism.

I retort you decide.

He wants meat for at least one meal every single day. It doesn't have to be red meat, but he wants it. We eat a lot of fish now, but they say they even want to cut that.

Ohanka
+4 more
posted on Apr, 24 2021 @ 07:56 AM
link
I love electric cars. Lithium is such an environmentally sound material. Who doesn’t want the world to be overrun with giant lithium-radiated ants? I for one welcome our new insectoid overlords.

Go home Joe, you are drunk.

But I do have an honest question to the climate nerds. Would the decrease in CO2 emissions have any effect on plant life at all? ( I only ask as Joey is asking us to either eat a sh!t load of plants, or just trust that the synthetic food the labs produce will be "just as good" as what we currently eat).

originally posted by: Ohanka
I love electric cars. Lithium is such an environmentally sound material. Who doesn’t want the world to be overrun with giant lithium-radiated ants? I for one welcome our new insectoid overlords.

and there is another question, how do we deal with all those spent batteries? can they be recycled? Or do they just rot in a landfill?


originally posted by: Ohanka
I love electric cars. Lithium is such an environmentally sound material. Who doesn’t want the world to be overrun with giant lithium-radiated ants? I for one welcome our new insectoid overlords.

and there is another question, how do we deal with all those spent batteries? can they be recycled? Or do they just rot in a landfill?

I hear they dump them into African wells and farmland. Africans don’t mindlessly consume tech products so it doesn’t impact corporate profits if loads of them die so therefore it is clearly acceptable practice.


As the popularity of electric vehicles starts to grow explosively, so does the pile of spent lithium-ion batteries that once powered those cars. Industry analysts predict that by 2020, China alone will generate some 500,000 metric tons of used Li-ion batteries and that by 2030, the worldwide number will hit 2 million metric tons per year.


If current trends for handling these spent batteries hold, most of those batteries may end up in landfillseven though Li-ion batteries can be recycled

beyondknowledge
+1 more
posted on Apr, 24 2021 @ 08:05 AM
link
With this plan, it won’t be the right wing extreamists that wipe out the government. It will be the cattle farmers, the steak lovers, all non vegetarians.

How many grills and food trucks will it take to surround the capital with the delicious aroma of steaks cooking?

And they think there are riots now, wait until they try to implement these things.

This has all been in the works for an extremely long time now.

Ask any of the members of the (neofeudalist) Trilateral Commission.


So what do the elitists have in store for humanity? You don’t need a crystal ball, you just need to read their own writings and watch their propaganda videos. Join James on this edition of The Corbett Report podcast as he takes a tour through the future to see the world that the globalists are seeking to create.

Now we know why Bill Gates is buying up farmland.
Nothing like stealing the very thing necessary to grow food?

Sounds just like AOC’s Stupid New Deal.
I want to see all ATS resident Leftists come in here and agree with this crock of sh!t.

She would argue it's not destructive enough.

When the state determines what you are allowed to eat, then I think we can all agree that it's an authoritarian state. But this is what they voted for. 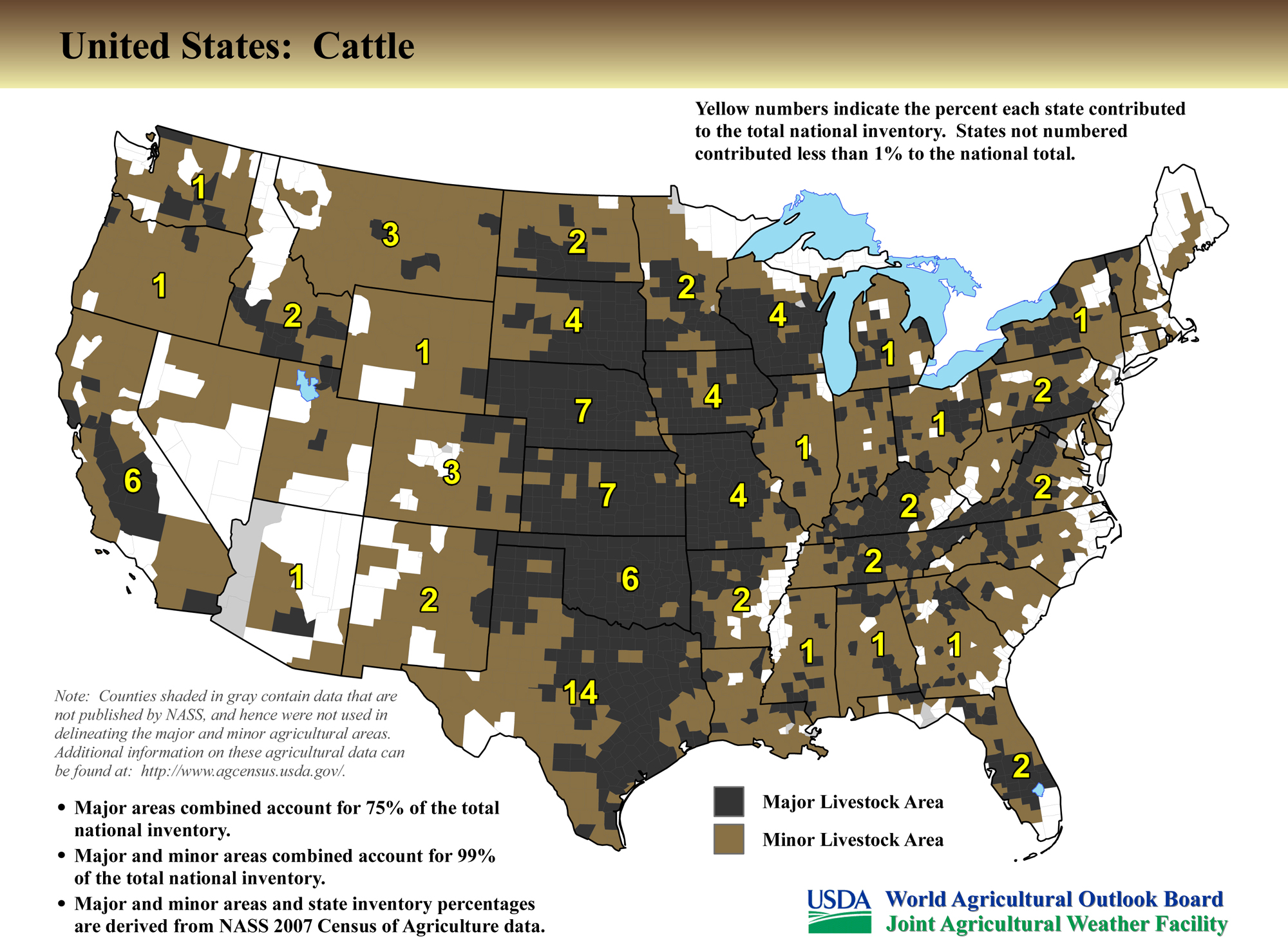 originally posted by: ketsuko
My husband will go postal.

He wants meat for at least one meal every single day. It doesn't have to be red meat, but he wants it. We eat a lot of fish now, but they say they even want to cut that.

I made a fish hatchery out of a IBC tote, those large white containers with a metal cage, and a hot tub power pack with a heater and circulation pump. A spa pack will go as low as 80 degrees which is perfect temps for spawning of certain species. All scavenged from an old hot tub.
Keep that in mind for the coming days.

This how we end up living Demolition man eating rat.

posted on Apr, 24 2021 @ 08:20 AM
link
Basically, this is destroying several major economic sectors on purpose with no clear replacement in sight.

They wave their hands and mouth the empty word "jobs", but it won't replace what they're destroying.

And does anyone really believe that 7x the current wind and solar power will replace the loss of all coal and natural gas power generation + the addition of all those electric cars?