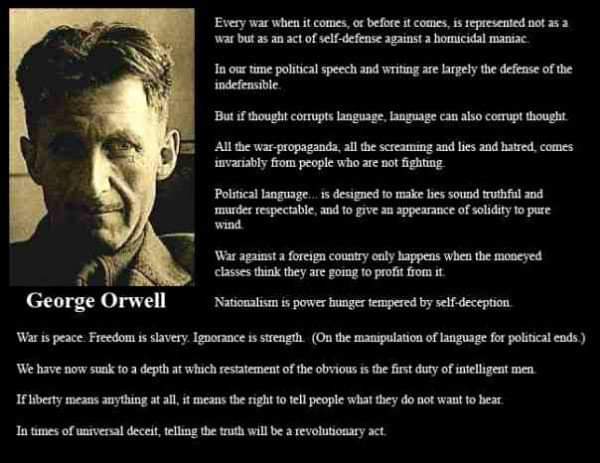 
In every human society, unusual and detrimental decisions are made by ordinary men who wield a power that affect their lesser equals.

Courts treat people differently based on their status in society.

The people who declare war, do so from the lap of luxury.

A lot of decisions that lead to death and profit, are confusing to the common man who chooses not to think too hard on the subject because the information at his disposal is severely limited.

They are not privy to the decisions being made by people like the Bilderberg Group and other influential rich people, who in turn influence the politicians globally.

Essentially money, which is a human construct, determine which people will die, when they will die and how they will die.

This is as we know because people with a lot of money need to make even more money.


It is therefore clear that the people who rule over you as well as their financiers, operate on the principal of profit through control.


They tell us who to hate, how to hate them, and when to stop hating them after the profit has been extracted and or control has been achieved.

We also call these people by other names:


Servants of the people.


They classify their dirty deeds and redact their crimes.

We the people accept all of this, and whatever else they come up with, as coming from a place of authority.


Most people do not question authority and the reasons may vary. From a young age people are discouraged from questioning authority, be it from religious indoctrination (give unto Caesar blah) or the education system that is designed to encourage conformity of thought and behaviour.


While diversity is all the rage based on which crayon you are , your subconcious has been conditioned from an early age to accept the safety of the herd and to be different leads to the possibility of being ostracized.


That is why most people never question the authority that has been placed above them.


You may say hey Bones are you blind? The majority of people are questioning the very legitimacy of their government.


Are they really? It's one thing to express your thoughts online.

It's another to take to the streets en masse and demand transparency and an end to madness. Y'know, if they're supposed to be living extensions of the will of the people.

Constitutional Republic you say? Those days it seems are slowly fading away. Eroded by the very people that 'represent' you.

This inevitably leads to the question : what can I as an individual possibly do to effect meaningful change?

Due to the rise of social media, it has actually never been easier to mobilize.

Also, due to the rise of social media, people have never been lazier in any other point in history.

Which is ironic when you think about it. People who provide for their families are working longer hours for less money because of inflation etc. more so than any other time in history.

If you sacrifice so much of your waking life to provide, why won't we sacrifice in order to preserve the society in which we are able to provide for our families?


We are basically beholden to people who are inbred and who you could beat up with one hand tied behind your back however they have through sheer power of mind turned us into useless eaters.

Unfortunately we need to be told what to do and when to do it.


So my message is this:


Nothing to see here. Carry on.

We talk of an Orwellian future when the truth is we are already there.

It's been this way for a long time.

Truth and fiction can be hard to seperate, but i don't believe we live in dystopian times just because I'm told so.

Maybe instead of orwell we can base our times in Foundation.

Or better yet write a better fiction to live in


All authority you adhere to, have put themselves in place at your expense.

Their power was built on illusions and lies.

The commercials on television encourage you to pay for your next set of chains while exclaiming how shiny they are.

I can ask a 100 people on ATS to imagine a better world that we can realistically achieve and they would be able to but their opinions will never matter because they are not in power.

I have been trying to wake people up to this fact for years and only recently it has become harder and harder to do.

“If you wish to keep slaves, you must have all kinds of guards. The cheapest way to have guards is to have the slaves pay taxes to finance their own guards. To fool the slaves, you tell them that they are not slaves and that they have Freedom. You tell them they need Law and Order to protect them against bad slaves. Then you tell them to elect a Government. Give them Freedom to vote and they will vote for their own guards and pay their salary. They will then believe they are Free persons. Then give them money to earn, count and spend and they will be too busy to notice the slavery they are in.” - Alexander Warbucks

The censored reality we find ourselves in has a grave purpose.

Double standards, mixed with sterilized social media this obfuscation is done to condition the mind.
a reply to: 19Bones79

I would amend that quote:

posted on Apr, 21 2021 @ 07:36 AM
link
To one dimensional the actor groups are also having their reality censored and drip fed. They are in the exact same cage. No standard of comparison aloud just stop racism even if that that means being quite raciest or even fascist.

I have heard, and I take great pleasure therein, that they are in for something worse than a cage.


Perpetrated upon them by the very people they empowered no less.


Now that I think about it, there's a perfect setup for a false flag.

The techno-marxist-fascists-commies take over, restore order by crushing BLM and Antifa and blame it on White Supremacy groups.

Then everyone will be effectively put in their place.

Essentially money, which is a human construct, determine which people will die, when they will die and how they will die.

It is therefore clear that the people who rule over you as well as their financiers, operate on the principal of profit through control.

They tell us who to hate, how to hate them, and when to stop hating them after the profit has been extracted and or control has been achieved.


Money as I've stated many times before is the key to change.....want the system to change? Want complete reconditioning/ rebuilding of said systems and the people who enforce that system?

Then it's really quite simple but people won't do it, they will not make the short term sacrifices for the long term gains even though their offsprings future depends on it. So again I'll say it -

People in every country all over the world need to all gather in one mass in each of their respective countries and simply refuse to move, refuse to go back to work and pay taxes thus immediately stop enriching these individuals in power and demand a total exodus of the governing bodies and simply start again. Easier said than done i know but it is the only way to totally eradicate the current system.

Choosing new representatives to tow a particular line and deciding what that line will be is a daunting issue and knowing humanities tendencies to be corrupted by power then no doubt we would be incapable of surviving the attempted change.

True change is just ideology at end of the day as humanity is both incapable and unwilling to do what it takes, this is the sad reality.....money truely is the root of all evil and is certainly the basis for all our issues.

There is a very good reason why the word freedom starts with free.


Sadly there's a better chance of me becoming a 4th wave feminist.

The Romans figured out how to control the masses with bread and circuses, that and having the slaves dress the same as the citizenry. Because if the slaves could see how numerous they were compared to the citizens, they would revolt and Rome would be over within a day.

Things aren’t much different today, or weren’t. There’s something about this scamdemic that has my guts twisting, it’s all to obvious, to blatant. Yet I see these people walking down the street by themselves with a mask on. They don’t look frightened anymore, they look like the living dead.

And this is just the beginning...

It is weird I've seen people jog and there's no one around but they'll keep the mask on while struggling to breath.

"Every line of serious work that I have written since 1936 has been written, directly or indirectly, against totalitarianism and for democratic socialism, as I understand it".

Democratic socialism, in its mildest form, is waaaaaaaaaaaaay to the left of liberalism.

The techno-marxist-fascists-commies take over, restore order by crushing BLM and Antifa and blame it on White Supremacy groups.


Can I have semantic croutons and figurative dressing with that word salad?