My close encounter of the distant kind

It always felt like some cosmic joke to me if I'm to be totally honest. I suspect we play a larger part than we think.

Paranormal activity in general all gets lumped together which is somewhat expected but it's detrimental to actual research into phenomena. That said I don't think we're capable of finding the answers. I try to stay away from the ghosts and aliens explanations but I won't rule them out either. It never seemed healthy to have faith in the apparent answers we come up with. Seems my experiences and those of who I know never go too far, I'm weary of people who claim overly malicious experiences.

I'm the last to claim knowledge of these things though, laugh and walk away is my usual advice to those being pestered.

Faith in a higher power works to stop experiences too... I haven't screamed "be gone you devil!" To lights in the sky yet though... I'll try to keep it in mind if I ever see something not quite right again!
edit on 18-4-2021 by RAY1990 because: (no reason given)

originally posted by: Night Star
Enjoyed hearing all the stories in here of people's experiences.

UFO'S have been sighted long before the first airplane was even invented, so we all know there is something going on. Could it be that we were at one time far advanced in technology and history has hidden it? Could it be actual alien lifeforms piloting those crafts? Could these things be from another realm? Some things to ponder.

Indeed! If you project forward a couple billion years, is it unreasonable, even with the great distances involved that humans (if we survive) will inevitably, eventually create the tech needed for interstellar travel. Hell, given that much time we may have sprouted cosmic wings, supping on background radiation to fly to other stars without need for a vehicle! And that's looking at it in just 4-dimensions. Who knows what transportation shortcuts are possible once we start to tease open higher dimensions.

Equally, is it unreasonable to presume that somewhere in our galaxy there're civilisations, species that have been around long enough to have developed their own interstellar travel of some kind, or many kinds?

If that's possible, then it's also possible, despite the many countless stars that there are, that given a whole 4.5 billion years of earth history one or more species has ticked off the Sun from their grand tour list and dropped a flag, a marker, a long unwoven memory and maybe a little DNA on Venus, Earth, Mars or whatever rock happened to be in the Goldilocks zone at that particular time.

There are endless possibilities. 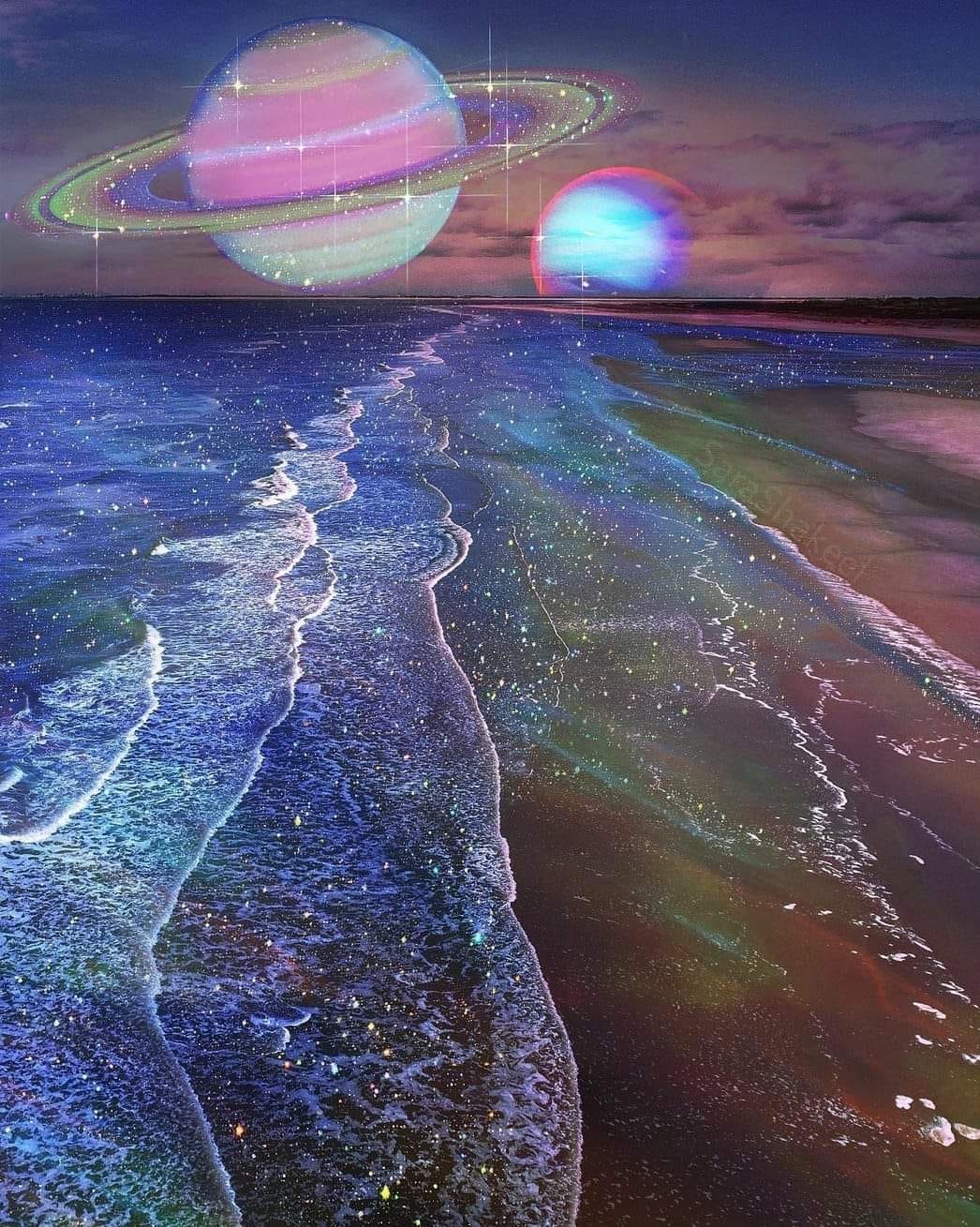