Who is Jacques Attali ?

posted on Apr, 17 2021 @ 02:04 PM
link
LOL, I found Jacques' Book " A Brief History of the Future" so I am going to read it too, it's an interesting topic #1 plus this guy was and still seems to be very influential in France's politics and society. Again while it doesn't have these direct quotes maybe the inference is there. If nothing else we will see if his predictions are true.

HERE is the original quote (translated from French) from a blog comment section on the book...which notes it is "inspired by" sections within the book:


« In the future, it will be a matter of finding a way toreducethe population. We will start with the old, because"from60 to 65 years old man lives longer than he produces and he costs society dearly" (page 273). Then the weak and then the useless who bring nothing to society because there will be more and more, and especially finally the stupidest. Euthanasia targeting these groups; euthanasia tobe an essential instrument of our futuresocieties, in all cases of figures (page 274).

We can'tsurelycutpeople or make camps. Wewill get rid ofit by making them believe that it is for their own good. The population is too large, and for the most part useless, it's something that'stoo expensiveeconomically. Society,it is also very preferablethatthe human machine stops abruptly rather thanit isgradually deteriorated (page 273).

We won't be able to test millions and millions of people, either, you think! We will find something or provoke it, a pandcrumb thattargets certain people, a real economiccrisisor not, a virus that will affect the old or the fat, whatever, the weak will succumb to it, the fearful and the stupid will believe it and ask to be treated. We will have taken care to have plannedthe treatment, a treatment that will be the solution. The singof the idiots will be done on their own: they will go from them to the slaughterhouse. »

(Text inspired by the book The Future of Life, Jacques Attali, 1981)

posted on Apr, 17 2021 @ 02:36 PM
link
His book definitely has interesting themes including the decline of America as a world power along with his thoughts on the topics below the 2nd and 3rd chapters are devoted to capitalism and the decline of the American Empire. The most important aspect though remains he did and still does have influence throughout France and Europe, think of how many persons of influence listened to him the last 20-25 years or longer.

Some other interesting questions posed in the book

“Will peace in the Middle East one day be possible?
Will global birth rates in some countries recover as mysteriously as they declined?
Will oil supplies run out in twenty or fifty years?
Will we find substitute energy sources?
Will poverty and inequalities in wealthy countries become the wellspring for new violence?
Will Arab countries one day experience a democratic movement like that of Eastern Europe?
Will the Straits of Hormuz and Malacca, through which the bulk of the world’s oil flows, be blocked by ships sunk by pirates?
Will North Korea end up using nuclear weapons?
Will the West use force to prevent Iran from acquiring them?
Will a terrorist attack in the West topple a government?
Will it lead to the installation of authoritarian police regimes?
Will new technologies make new forms of dictatorship possible?
Will religions become tolerant?
Will we discover new ways of doing away with cancer, AIDS, obesity?
Will a dominant new religion or ideology emerge?
Will the exploited workers in Chinese or Bangladeshi mines rise up in revolt?
”

Excerpt From: Jacques Attali. “A Brief History of the Future: A Brave and Controversial Look at the Twenty-First Century.”
edit on 17-4-2021 by putnam6 because: (no reason given)

We truly have a sick society.

A Praetorian stands guard over the Temple of Jupiter Optimus Maximus as a pilgrim conducts religious rites. 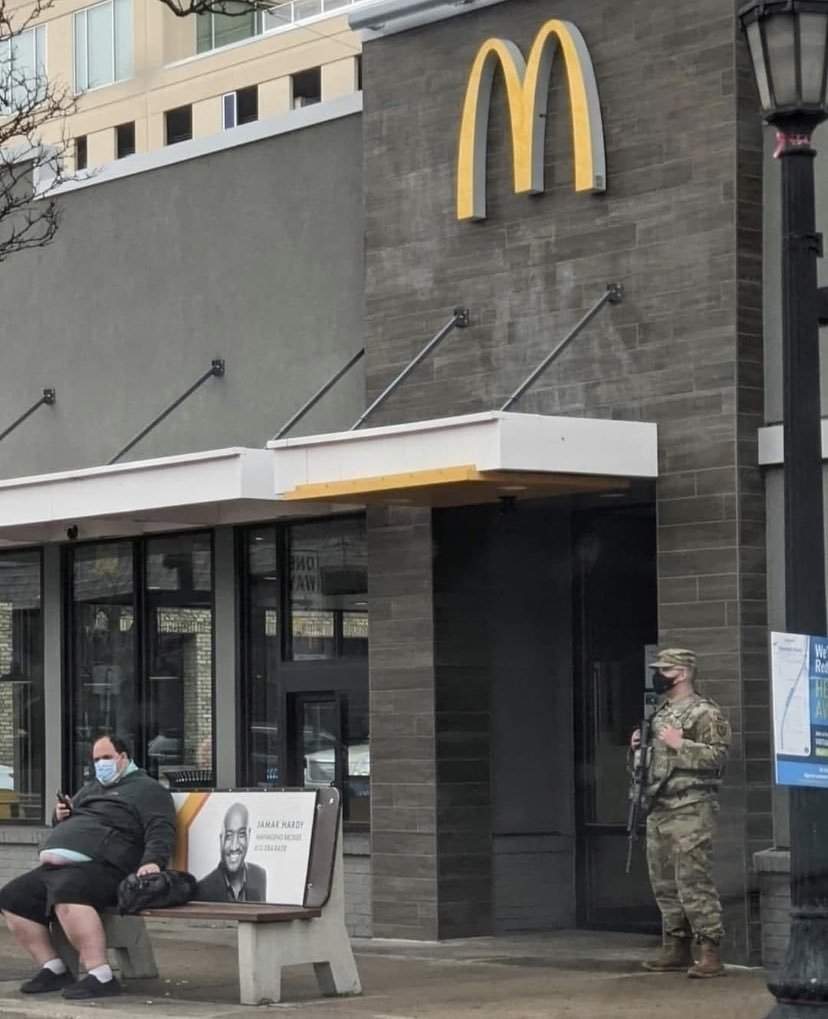 AFP French fact checkers say this is a false quote

A Brief History of the Future

2014: Jacques Attali predicts a world war following the events in Ukraine: www.youtube.com...
You'll have to enable English subs. That was then but Ukraine is about to go Hot again.

He is an interesting man, found this lecture/talk from 2017. He talks about demographics and population quite a bit such as the population of those 65 and older will expand by 2035, so much so it will be difficult for some countries for those of working age 20-50 to support the burgeoning elderly population. If he has had France's ear since Mitterrand it's no wonder the Francos think as they do. I liked what he said there is no optimism or pessimism in his predictions, just what he sees potentially happening.

posted on Apr, 19 2021 @ 04:55 AM
link
I feared this to be the agenda for some time. Not because the virus attacks the old and infirm, the overweight and the stupid first and worst. These qualities of the virus are convenient red flags for the paranoid. These are also highly plausible qualities for any novel virus.

The thing that’s led me down a path of mistrust and suspicion is the consistently abhorrent mismanagement of containment and control protocols in so many of the so called developed nations. Not least among them is my abode, the U.K. in which an early doors slip of the tongue by a government scientist who’d previously never had to make public proclamations and answer questions on live prime time tv. Dr Chris Witty misspoke that the government was following a heard immunity plan... This caused a bit of an uproar and he made a statement saying that he’d been misunderstood - we’re not reeeeeelly going for heard immunity.

Heard immunity is basically natural selection. It amount to the protocol as Jaques Attali. Nature will decide who survives, with those costing the treasury money dying and those paying taxes into the treasury more likely to survive.

Since then at every turn the U.K. government have made the wrong calls, exacerbating the R rate and death toll, PPE, track and trace, locking down far too late, easing lockdown far too early, each time ignoring the science communities pleas to either lockdown or not open up yet, the government simultaneously telling the country that the they are ‘following the science’.

They’ve got it wrong when the right thing to do was so obvious. No one is that dumb, not even Boris Johnson. Things have surely unfolded exactly as they’ve planned. Case in point: over 70 cases of the Indian variant had been found in the U.K... The obvious course of action is the put a hold on travel between India and the U.K.... Have they done this? Nope! Despite many in the science community calling for such a block, Boris ignores them, while erroneously stating that he’s following the science. At the same time the U.K. is ending containment restrictions; opening restraints, bars, shops, gyms etc and allowing mass crowd Events...

How can any other conclusion than the government want another wave of infections be reached? The government would say that we’ll be ok because so many have been vaccinated... that’s BS! The vast majority of those that’ve been vaccinated have only had one dose. Protection is fairly low until the second dose. Add to that the Indian variant effects younger people a lot more and only the medically vulnerable under 50 have had the vaccine in the U.K.


Then you can’t help but wonder how, after getting everything so consistently wrong and still getting it wrong, was the U.K.s vaccine rollout such a success? Looking at this objectively it’s reasonable to conclude that when virus = vaccine and the virus containment has been handled very badly, while the vaccine has been handled very well, it adds up to an effort to vaccinate for the sake of vaccination, rather than to defeat the virus.

I find this a worrying chain of events, not least because I’ve been vaccinated 😬

originally posted by: McGinty
Since then at every turn the U.K. government have made the wrong calls, exacerbating the R rate and death toll, PPE, track and trace, locking down far too late, easing lockdown far too early, each time ignoring the science communities pleas to either lockdown or not open up yet, the government simultaneously telling the country that the they are ‘following the science’.

They’ve got it wrong when the right thing to do was so obvious. No one is that dumb, not even Boris Johnson. Things have surely unfolded exactly as they’ve planned.....How can any other conclusion than the government want another wave of infections be reached?

Since they came into being, the British establishment have been planning the demise of the working classes. All those scum politicians and their controllers and lackeys are so inhumane they accept no validity to the humanity of others not of their ilk.