Trump will be president again in August, according to Mike Lindell

The MAGA-supporting businessman told the ex-president’s former adviser that he was set to file a lawsuit that would confirm his debunked allegations of 2020 voter fraud.

“What I’m talking about, Steve, is what I’ve been doing since 9 January,” Mr Lindell said on Mr Bannon’s WarRoom Pandemic podcast.

“All the evidence I have — everything is going to go before the Supreme Court and the election of 2020 is going bye-bye.”

Is anybody aware of this? I couldn't see this posted anywhere. I doubt somebody like this would make such a bold claim with little to back himself up with. I am a bit suspicious that he's such a big Trump fan though, so I suspect some bias in play here. 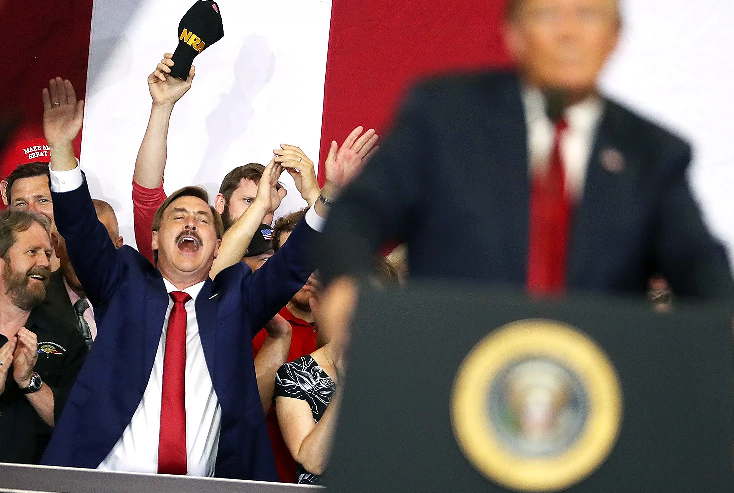 From what I understand, the Supreme Court has turned down cases twice now and there have been 60 plus lawsuits that have failed. Mike seems determined though, even in the face of a lawsuit launched against him by Dominion Voting systems. He's even counter-suing

Maybe he's just trolling? Curious to know what ATSers have to say!

We are stuck with Biden who is rapidly trying to cement the Democratic Party into perpetual single party rule for the US, which historically always leads to oppressive totalitarian treatment of citizens.

With Pelosi's bill that assumes that people of color are too stupid to get bank accounts, and too ignorant to get drivers licenses, and too dumb to be able to cash checks because they are unable to figure out how to get a free photo ID (all states offer one). You can't even get welfare without a photo ID. But Pelosi says people of color are inherently unable get this accomplished and we must have compassion and understand that because of this it is racist to insist they have an ID to vote.

Even though the DNC is racist and requires an ID to get into any of their events. No ID to vote, unfettered mail in voting with no ID required for any ballot is the bill the Democrats are working to get passed, to make certain they never ever lose another election.

We are stuck, not the liberal lapdog media, no one, no modern journalist or court, will actually investigate the election. It is a pipe dream for Lindell to even hope for this.

Biden supporters say it is traitorous to even suggest that the claims be at the very least investigated, to prove their claim that nothing at all suspicious happened at the last minute in so many states. It will never happen and anyone who suggests looking into it is socially destroyed and if Dems can get them fired they do it in order to insure that person never works again.

The US is about to enter an age of totalitarian type social rule of the entire nation by a political party who is making laws to ensure they always have complete and total power over the entire population.

So Lindell is sadly wrong.

The liberals have their claws firmly sunk into of the US government, and will NEVER let go or allow any dissenting idea.

The US is fast moving toward an oppressive people cancelling culture that is punished for not fawning over the elite political class and the liberal/progressive ideas of morality (of the day, since it is constantly changing).

We are headed for really interesting times ahead with single party heavy handed rule in the US, and this is exactly what Biden supporters voted for.

With some actual leadership again we could get the border situation back under control, and then get to work with a total makeover for our voting system to prevent this sort of thing from happening again.

Having said that, though.... I'll believe it when I see it.

Doctor Smith
+8 more
posted on Apr, 11 2021 @ 06:27 PM
link
If they actually looked at the evidence he would be in the White House long ago. Why would they stop denying discovery now?

I'm sure he has the evidence. Just don't have any confidence in anyone wanting to be instantly attacked for allowing a proper court hearing.

posted on Apr, 11 2021 @ 06:28 PM
link
I say he was just doing this to increase his pillow sales. Even with massive evidence don't think it's constitutionally possible.

Trump can be a pompous ass at times.

Still beats anything the Democrats have by a country mile. 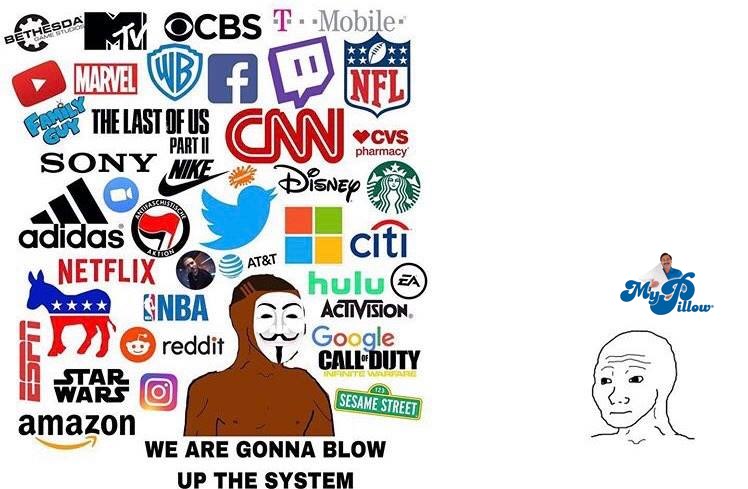 That is a huge irrelevant list you have there.
tracker

posted on Apr, 11 2021 @ 06:47 PM
link
i'm not saying lindell has a drug problem or a mental illness but he seems to have quite lost touch with reality, honestly.

I got tired of hearing these claims 3 months ago. We'll see what's happens in August. I'd love to see Trump back in the White House with a Candace Owens VP but a few years of liberal ideals will show people just how bad the left is for this country and how great it was with Trump in DC.

So in other words you're telling us all that the pillow guy is telling the truth?
That's what I thought.
Your argument is perpetually flaccid and slightly disturbing.
There's no honor in being a cheating liar.

Just a meme to make a point. You know, follow the money.

It doesn't matter what happened or whether the election was illegally won. This won't happen.

If you believe that then I have a truckload of pillows signed by Trump to sell you.

posted on Apr, 11 2021 @ 07:17 PM
link
FREEDOM IS EARNED BY THOSE WHO PLACE TYRANTS AT THE END OF THEIR BAYONETS
NOT BY THOSE WHO FIND PEACE IN ACCEPTING THEIR CHAINS!