The rice of the sea: how a tiny grain could change the way humanity eats

It was only decades later – as he was fast becoming known as one of the country’s most innovative chefs – that he noticed something he had missed in previous encounters with Zostera marina: a clutch of tiny green grains clinging to the base of the eelgrass.

His culinary instincts, honed over years in the kitchen of his restaurant Aponiente, kicked in. Could this marine grain be edible?

Lab tests hinted at its tremendous potential: gluten-free, high in omega-6 and -9 fatty acids, and contains 50% more protein than rice per grain, according to Aponiente’s research. And all of it growing without freshwater or fertiliser.

I've heard of various seaweeds eaten as greens but never a grain.
would be great if this is commercially viable.

To help in situations where land based crops fail.

Ocean plants do not rely on the rain.

They may taste really great.

Would love to try.

originally posted by: Rikku
a reply to: ElGoobero


Ummm...well some of us lift weights, really heavy ones. So sources of Protein are a good thing, especially when we hear about these clean little Sea Nuggets, fix me up a bowl and let me try it out 20 to 30 mins after a workout.

originally posted by: Rikku
a reply to: ElGoobero


Soylent Green was invented when protein from the sea stopped being viable.
Just saying


originally posted by: Rikku
a reply to: ElGoobero


Ummm...well some of us lift weights, really heavy ones. So sources of Protein are a good thing, especially when we hear about these clean little Sea Nuggets, fix me up a bowl and let me try it out 20 to 30 mins after a workout.

Yes! A nice plate of chicken and sea-rice!

posted on Apr, 11 2021 @ 08:09 AM
link
This is really great news, especially at this time when TEPCO is (again!) dumping radioactive water into the Pacific Ocean. This Ocean is new dying or dead. The others will follow.

originally posted by: pheonix358
a reply to: Rikku

To help in situations where land based crops fail.

Ocean plants do not rely on the rain.

They may taste really great.

Would love to try.

But it got to be a bitch to harvest enough...but then there is this

Yuan Longping is something of a celebrity in China. He is the "Father of Hybrid Rice" – a man whose work has helped the country more than triple its annual rice output since the 1970s. With food shortages in China now a distant memory, Yuan has set his sights on a new target: food security. Although he'll be turning 90 this year, he's showing no signs of wanting to retire.

China must feed almost a fifth of the world's population from just seven percent of its arable land. So, achieving food security – ensuring the availability of adequate food supplies – is a major challenge.

However, hope is on the horizon: Yuan Longping and his research team are working to perfect a species of rice that can thrive in the country's 100 million hectares of saline and alkaline land, an area roughly the size of Egypt where crops cannot grow. Why? Because the soil's high salt content cripples a plant's ability to absorb water, while high alkalinity causes membranes to form around its roots, effectively suffocating it. This infertile soil has devastated rural economies and left countless farmers out of pocket.

The team call this new species "seawater rice," although technically it should be "saline-alkali soil tolerant rice," or "saltwater rice" for short. It's also nothing new – Chinese scientists have been researching it for several decades.

The problem had always been the yield; there's no incentive for farmers to plant saltwater rice if they can't grow enough to earn a living from it. However, by crossbreeding high-yield rice with strains that possess high salt and alkali tolerance, Yuan's researchers were able to create new super-species.

Of course, this will piss off the Genetically Modified Food crowd because that is exactly what this is.

Right now it doesn't need a fertilizer or a pesticide, but if Big Ag can't make a profit on it, who's to say what "Amazing" things they will do to it.

Then there is a worry that since pollution is so high, not just in coastal areas of the oceans, but everywhere - Will anyone really want to eat this?

Arsenic poisoning from eating rice in India is a huge concern (according to reports I've read). Google search link

Our modern varieties of rice have low(ish) levels of arsenic in them, what's in this?

Wow ... that exact type of sea grass grows off the beaches of Cape Cod and Buzzard's Bay, Massachusetts.

I am going to wrangle some up to try it this summer, when I go out there for vacation. I have eaten other types of seaweed, and it isn't bad. This will be something fun and new to try!

This is in the same vein as a hero of mine, Euell Gibbons, who wrote a bunch of natural / foraging / health food books, including "Stalking the Blue-Eyed Scallop", which promotes types of seaweed that can be eaten, among other things.

I just hope I can find enough grains of this sea rice to make a mouthful *blush* ... looks pretty labor intensive!
edit on 11-4-2021 by Fowlerstoad because: added the last

posted on Apr, 11 2021 @ 10:41 AM
link
Yes. Someone has discovereed a new food source. Atomic powered radioactive sea rice. Which mad scientist came up with this plan?

I can see this leading to my preferred disaster, giant mutant radioactive ants. 'Them' are coming.

posted on Apr, 11 2021 @ 10:50 AM
link
Perfect terraform the costal areas and create giant sprawling monoculture farms just like on the land!

Just so you can eat some #ty feel good rice that most likely tastes like dirt and nori.
a reply to: pheonix358

posted on Apr, 11 2021 @ 12:08 PM
link
a reply to: ATruGod
Ah ATRuGod, you should know that virtually everything is fermentable. It depends on the taste. He doesn't seem to mention what it tastes like. 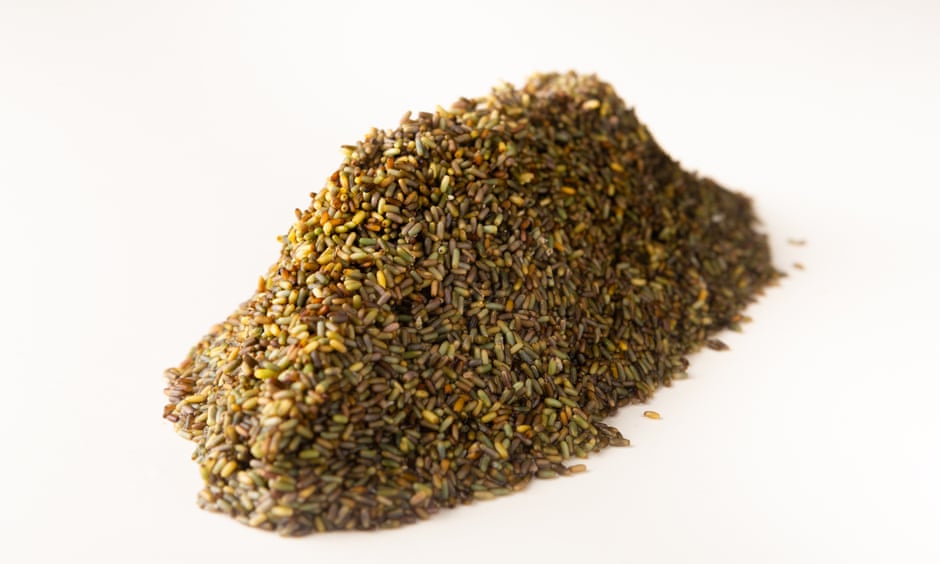 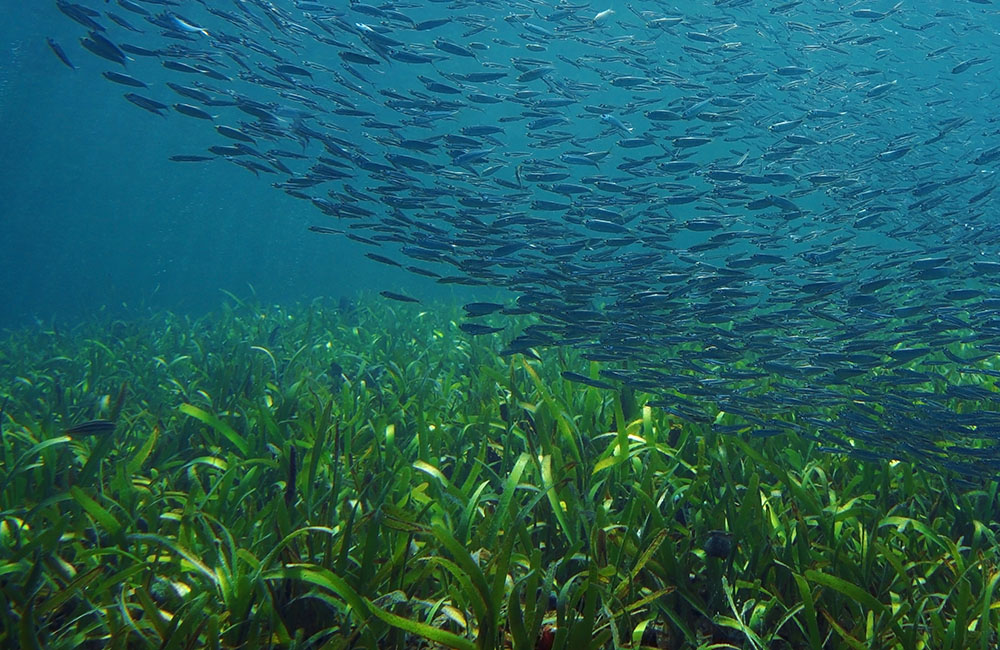 “It’s interesting. When you eat it with the husk, similar to brown rice, it has a hint of the sea at the end,” says León. “But without the husk, you don’t taste the sea.” He found that the grain absorbed flavour well, taking two minutes longer to cook than rice and softening if overcooked.

He never once said it tastes good.

Drop in a couple of chicken boullion cubes. Maybe a can of chicken parts. You could probably work with it.

youre that stupid huh.