A verse from Revelations 16

NIV
V.2 “The first angel went and poured out his bowl on the land, and ugly, festering sores broke out on the people who had the mark of the beast and worshiped its image.”

Biological in some way.

Last time, Noah was saved in part because he was “perfect in his generations”.

The biological integrity of us is of great concern to God. Whenever it is corrupted things don’t end well.

Even Adam and Eve ate something that obviously changed their genetic makeup as well. How did that go?

originally posted by: Guiltyguitarist
No one is putting anything mandatory in my body. Especially when it was rushed thru, people are dying, and I don’t trust Trump anymore.( though he was still right about everything)


Anyone with even half a brain should have stopped trusting Puppet Trump back when he initiated Operation Warpspeed and praised the jabs. He was following the same agenda that Puppet Biden is now following.
Instead of standing up to this bull months ago, yall were manipulated with the psy op that was the "voting fraud" and capital hill debacle and the left was manipulated through the deaths of black men and BLM. Distract and divide is what they love to do.

Private industry needs $money$ to survive. As companies begin demanding vaccinated customers and employees, FREEDOM groups will begin publishing who these companies are (hopefully on one website).

FREEDOM loving people will stop spending money with these companies.

Hopefully this will work better than the boycott of CHINA-produced goods/services. I don't think any major group or country has bothered to organize such a boycott due to China encouraging the global Covid-19 spread.

posted on Apr, 11 2021 @ 12:22 AM
link
I think one telling sign of the seriousness of these vaccine hall passes will be how severe the penalties will be for those people who create or use counterfeit passes.

Just as seeing how incessantly the powers that be fight to disarm us in the USA (and actually throughout the world) is a telling point about how important they believe it is to have us all disarmed. Only when they have become successful in their goal will we learn the "why" of it.

posted on Apr, 11 2021 @ 06:30 AM
link
How can they force a vaccine that hasn't even been approved? it has 'emergency authorization" which is not a claim about safety of any kind. It doesn't provide immunity, does not prevent the spread of anything yet this is going to provide herd immunity? What happened to science? Ooops, I forgot propaganda is a science.

That's been the strategy for as long as I can remember. Elicit some fear in the population via the media monopoly, and then the people will beg to be "protected".

That's been the strategy for as long as I can remember. Elicit some fear in the population via the media monopoly, and then the people will beg to be "protected".

Do you mean the Trump administration because they've been the "government" for the last 4 years.

From where I'm standing the group that's been spreading fear is the liberal media.

wanting to limit cheating is exactly the same as wanting a choice if vaccination is going to happen.

There needs to be Nuremberg Trials


The "Sun Sets in the West "
Says a whole lot from their side of things... In their dreams 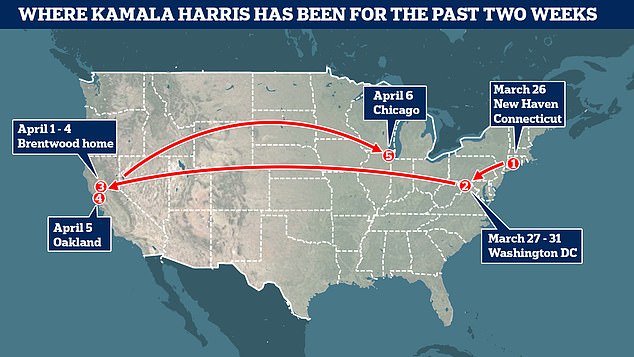 originally posted by: NightSkyeB4Dawn
a reply to: neoholographic
I am probably making a mistake by sharing my recent predicament. None of my huge team of doctors can explain, my immune system suddenly going haywire. My whole body went into inflammatory mode, and almost every joint, and even my retina became inflamed, to the point that I have been placed on steroids, for now starting with a three month weaning process.


Please take t his with all of the caveat emptors of 'I am not a doctor', and 'thi sis not to be taken as medical advice', but...

If anyone I cared about was having any serious health issues - especially ones as you are describing - the very first thing I would do is try to get them on the absolute best and safest 'elimination diet' there is, to see how their body responds. If it responds positively - which it virtually always does - then continue the diet until the crisis is past, then start helping them learn the proper way to eat for vibrant health...

What is the best and safest 'elimination diet'? It is called the carnivore diet. It is so safe that you can not only achieve, but actually maintain long term vibrant health on it for years (there are lots of very long term 15+ years people as proof, and many medical doctors who started researching it in order to debunk it, who, after researching it with open eyes/mind, decided to try it, and are still on it years later (Dr. Shawn Baker, Dr. Ken Berry, Dr. Paul Saladino to name a few).

There are tons of youtube videos about it, and the supporting research - contrary to the nay sayers - is abundant and, in fact, irrefutable.

Combined with Intermittent Fasting (with at least a 15 hour fasting window every day), you can quickly achieve dramatic weight loss (if that is a goal), and dramatically improved health stats (normalization of everything from triglycerides to blood sugar). It will completely and quickly eliminate any and all symptoms of Type II diabetes (if you are on insulin be sure to closely monitor your blood sugar as your need for it will drop quickly to the point you won't need it any more). It can also help (lowers the need for insulin) anyone with Type I - but of course, anyone with serious life threatening health issues should always work with their doctor to monitor things so that any medications they are taking can be adjusted (reduced) as their need is eliminated.

originally posted by: DarkestConspiracyMoon
Anyone with even half a brain should have stopped trusting Puppet Trump back when he initiated Operation Warpspeed and praised the jabs.

This vaxx debacle is one of only two things Trump has done or said that give me serious pause. The other was his seeming support of red flag laws (take the guns, worry about Rights/due process later).
edit on 11-4-2021 by tanstaafl because: (no reason given)

Well here's a repost of the video mate - genuinely disturbing stuff and it should be mandatory viewing for everyone.

Great job sourcing this vid by the way.

People won't warm up to the idea of a ccp style social credit score system, so they're back-dooring the system disguised as the vaccine id.


I don't care who is presenting the information but have you seen these specific 2017 documents regarding the SPARS 2025-2028 pandemic simulation?

posted on Apr, 11 2021 @ 06:01 PM
link
The crazy part is that there is still no scientific evidence that a vaccine passport would do anything to prevent the spread of COVID.

If they only let passport holding vaccinated people into a restaurant for example, well, there is no COVID in the restaurant so there is no spread. It didn't stop spread, there was none from the beginning.

So the passports are technically useless. They don't have any benefit other than to coerce people into getting the vaccine to enjoy a restaurant.
edit on 11-4-2021 by More1ThanAny1 because: (no reason given)


Good thread. You know........... I was joking about this very thing a year ago. I was making fun of the concept. I'm not laughing now, especially with the EU playing vax wars with the UK, and many nations talking about limiting mobility of citizens who are not vaccinated. My own territory talking about 'should unvaccinated people be allowed to enter stores and other places of public gathering?'

It's pretty grim. Studies in Israel indicate that those vaccinated with the Pfizer are 8 times more probable to contract and be negatively affected by the South African variant, than those unvaccinated.

posted on Apr, 11 2021 @ 07:18 PM
link
Screw them all... what the "they" don't understand, is there is a mass of folks across the entire political spectrum, that are already well aware that the U.S. is being overthrown by the Technocracy.

Eventually, the fracture between those willing to be digital slaves and those who refuse to embrace the Government Plantation will be acute enough to cause a complete split in established "systems".

It is my hope, that Americans will absorb a fair amount of abuse, BEFORE they move to armed revolt. Non-violent civil disobedience is far more powerful than violence. THAT is WHY the "they" are trying to foment armed violence by destroying constitutional voting, A2, the 4th Amendment... and every kind of abuse they can heap on Americans.

THEY ALREADY HAVE A PLAN FOR VIOLENCE. A Government power structure that owns all of Corporate media always has a plan for violent resistance. The ONLY play they have for non-violent Civil Disobedience, is shutting down the narrative by denying media coverage of Jack Boot despot behavior... which, over time, will have limited success, because people will talk about despots treatment of citizens.

The only reason they have gotten away with so much so far, is because they own the "airwaves", with a few exceptions.

I think freedom and peace loving citizens, that are willing to defend their nation from an overthrow by a long planned Marxist takeover, should allow the enemies of the Rule of Law, to draw first and second blood even, and give a two tier warning...

"We do not want violent conflict... but we will only allow lawlessness by those in power up to a point... after that point... should you decide to continue starting conflict against The People... which again, we will NOT start... but if YOU start it... we will finish it. It will not go how you think it will."

I am only spitballing here... people who have limits to the abuse they will take from people and forces that are diabolically opposed to freedom are definitely out there. I suspect, they are out there in large numbers.

I am not one of them... (ala armed revolt against Third Reich like evil) although I detest despotism and I will absolutely defend innocents and the vulnerable from predators, whether criminal or despot, and induce medical lead poisoning to those who prey on innocents.

So, odd as this may sound, and as much as I detest the Marxist regressive leftist despots, here and around the world... I still think we have to work to practice "The Golden Rule", even against our enemies, even up to that point where we are forced to act in defense.

MASSIVE numbers of Americans are completely brain washed. They had fear used as a weapon against them, and they were defeated and succumbed, and they didn't even know anyone was at war with them... but they lost the battle, and may STILL not have awareness of that fact. They are in prison, and they do not know it... this is true across the whole political spectrum... to some extent, although conservatives are better versed in logic, reason and rhetoric, as well as math.