posted on Apr, 9 2021 @ 08:58 PM
link
I mean it's outlandish right? The idea that a politician could be involved in sexual misconduct? Totally out of this world eh? People would be truly out there to believe these things.

Greenberg, the former tax collector in Seminole County, plans to strike a plea deal. Greenberg’s attorney Fritz Scheller has made it clear his client could be a big help to the FBI.

“I am sure Matt Gaetz is not feeling very comfortable today,” Scheller said.

Gaetz, who has represented Florida’s 1st congressional district since 2017, said he will not resign from Congress. On Friday, in front of a small crowd of supporters of former President Donald Trump, Gaetz vowed to fight.

“I am built for the battle and I am not going anywhere,” Gaetz said. “The smears against me range from distortions of my personal life to wild, and I mean wild conspiracy theories.”

Thank God that Gaetz has surrounded himself with well-grounded folk during these foggy times. It must get tiresome being surrounded by delusions of grandeur! Well-grounded people like Marjorie Taylor Greene who believes that there's a global cabal of Satan-worshiping pedophiles controlling the opposing political side, or that the 2019 Christchurch mosque shootings in New Zealand were a "false flag"? How about Sandy Hook being a False flag too? How about sharing the idea that "Zionist supremacists" are conspiring to flood Europe with migrants to replace the 'native' white populations? But hey these aren't conspiracies here right?

Another pal of Gaetz, Jim Jordan? Somebody who voted to overturn the 2020 elections, despite the fact more than 60 lawsuit losses, and 2 Supreme Court denials? In an election where the winner won by a larger margin in the toss-up states than Trump did in 2020?

But hey hey?? Let's not get too wild here folks and start accusing a conservative darling of sexual misconduct eh? That's going way too far now. Way too far.

Those who live in glass houses should not throw stones

Let's not get too wild now folks. No no.

Still wondering about that son of the current president and the evidence surrounding him and certain images found on a certain laptop, which him, daddy president and the media proclaimed was a wild conspiracy.

The ones in which the son of a current president was photographed imbibing a schedule II drug(crack coc aine) on camera with an underage girl(his teenage relative).

Like who the hell is Matt Gaetz? And why do I give a crap about him?

I want to hear about what the hell's going on with the drug addicted pedophilic, incestuous son of the ruler of the free world.
edit on 9/4/2021 by dug88 because: (no reason given)

What the hell do you care?
Your girl and the senile old man won, next stop...Venezuela.

NoCorruptionAllowed
+30 more
posted on Apr, 9 2021 @ 09:12 PM
link
You are nothing but a gullible fool parroting left wing hypocrisy, over, and over, and over again.

As a non American, I don't care about random American senators or whoever gaetz is. I do care that there are images of son of the president of the United States of America smoking crack with an underage relative.

It says a lot about the person supposedly in charge of America, which unfortunately, the rest of the world must care about because America wants to be in the spotlight always....and has many nukes and essentially is defacto ruler of the world.
edit on 9/4/2021 by dug88 because: (no reason given)

Please post for us the crime that Matt Gaetz is being charged with.

And who is charging him.

The DOJ knows that Hunter Biden is a much bigger threat to National Security than Matt Gaetz.

He'll be set free, the media will cover for him, the justice system doesn't-. . . wait, what?

He's not a leftist?

Why is he not in jail already?

Why hasn't the Biden administration drone'd his ass back to the dark ages and jailed 3 generations of his family?

Prior to that was the stimulus bill..then there's the border stuff, the pipeline stuff, the...

Yeah I get why they're pushing this gaetz story about a person I bet 90% of Americans had never heard of until a few weeks ago.
edit on 9/4/2021 by dug88 because: (no reason given)

Yeah I get why they're pushing this gaetz story about a person I bet 90% of Americans had never heard of until a few weeks ago.

The PR arm of the DNC (our Enemedia) needs to have something to cover for the train wreck that is our Southern Border right now and the lack of any kind of response to it besides Biden not giving more funds to ICE in his latest "Bail Out Democratic Allies and throttle down our Military" discretionary funds spending plan.

The 35 million who voted for Biden will eat this up and run with it on social media.

Welcome to the USSA.

I kept my list small. As an objective outsider constantly made aware of the going ons of the US and admittedly someone who 5 years ago thought things couldn't get any worse with trump, and came to realize, he actually did not too bad, like better than most US presidents in my lifetime I don't think I've seen so much constant failure and bull# from a government as I have in the last three months of watching what's been going on in America. I mean up here is just...covid # you...you're screwed...but man the biden administration managed to bring a whole new level of clownishness to government that the most intense TDS sufferers couldn't even imagine.

This is coming from someone that believed trump to be a ridiculous clown upon his election.
edit on 9/4/2021 by dug88 because: Seriously, Bush Sr. Clinton, Bush Jr. Obama, Trump and Biden. Yeah...Trump actually is the best of that group. I never would have believed that in 2016 but here we are clown world.

originally posted by: visitedbythem
The real show is Joe 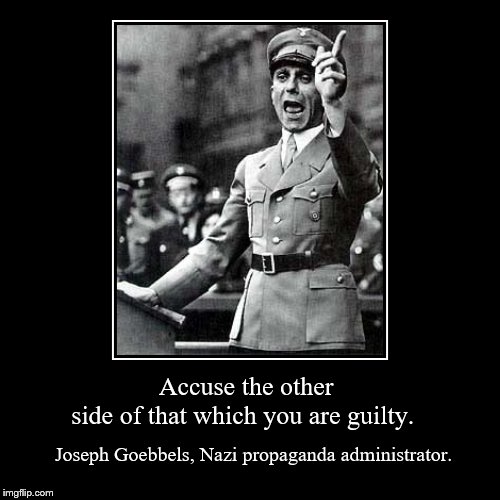 
I honestly thought for a second you were making a thread about yourself.
edit on 9-4-2021 by Vector99 because: (no reason given)

Operation paperclip was a complete success. The real victors of world.war 2 have been having a field day for decades.


The inquiry, according to a statement from the panel's Democratic and Republican leaders, will review allegations of sexual misconduct, illegal drug use, misuse of state identification records and campaign funds, and whether the congressman accepted a bribe or gift in violation of House rules.


Gaetz will also be investigated over allegations that he shared photos and videos of naked women with other members of Congress on the House floor, claims first reported by CNN and confirmed by ABC News.


You can add accusations of sex trafficking to that as well. ABC News

What's so hard to believe? Half or more of our federal government are probably guilty of some of the same alleged crimes. Why this guy, and why now? I don't care if he gets investigated, but lets see the same effort put into Hunter Biden and his daddy. If we care about the alleged crimes of one, surely the other is just as important, right? Lets go after both and see who comes out cleaner on the other side.

As far as Gaetz associations, their conspiracy theories certainly aren't any worse than the crap coming out of left field right now.