Neuralink, the brain-implant start up founded by SpaceX head honcho and self-appointed "technoking" Elon Musk, has unveiled a new video of a nine-year-old monkey named "Pager" playing Pong... with its brain.

The three minute video shows Pager learning to control a computer with his brain activity. At first, the monkey uses a joystick to interact with the computer for a "tasty banana smoothie, delivered through a straw." The narrator states Pager has two Neuralink devices implanted in his brain. The devices, which Musk calls a "Fitbit for your skull," were revealed at a press briefing in August 2020.

As Pager plays through the games, the narrator explains the Neuralink devices in his brain are reading his brain activity and that activity is being decoded by a computer. When the team disconnect the joystick, Pager keeps playing the game -- and the brain-implant allows him to play "MindPong," as Neuralink has dubbed it.

This tech is very interesting and it will do a lot of good for people who are paralyzed. Of course that's just the first step. Musk has already said he thinks humans will need these chips in their heads to compete with A.I.

The idea is to reduce bandwidth between humans and the internet. So to find something on Wikipedia, you have to type it into your computer or open an app and find it. Musk wants you to be able to find it just by thinking about it.

There's always a dark side to everything because of human behavior. A chair is good to sit in but a human can use that same chair to kill somebody. With this tech, your thoughts to some extent could be known and hacked. Could this brain implants allow people to hack into your brain and control your movement?

Yea, I just sent them.

Check your thoughts inbox. If you can't find it, check your brains spam folder. My nuerolink handle is smoothbrain101.

posted on Apr, 9 2021 @ 05:28 PM
link
I think that if we're going to keep up with the rapid rate of change that is unfolding before us we need to merge with our technology at a deep level. I think this type of technology satisfies that.

The other alternative is to abandon this type of technology entirely in order to avoid some of the more obvious pitfalls like brain hacking.

posted on Apr, 9 2021 @ 05:30 PM
link
a reply to: neoholographic
First we made computers more like thinking humans and now I need to become more like a computer?

Humanity is on a downwards spiral. If you're soon born already outdated, what worth is this life? It's just going to be a tighter rat race, more controlled even.

Because these things can be weapons, too. This will be the argument so there will be a back door. Just like with encryption, cars, in Europe new registered cars already need to have GPS beacons.

It was interesting to note the speed increase as the joystick was disconnected, and then even removed.

Given that even the NSA was hacked, I'm sure Elon will say that there's no way someone could hack into this superior technology and control one's mind.


its only a matter of time before they can lay neural lace without cutting your skull open, it would be revolutionary if they could deliver the components via the bloodstream. You would probably get better incorporation if you could get something small enough that was blood deliverable

I'd place this in the category of things we shouldn't be developing, things that have the potential to do great evil.

We shouldn't have developed nuclear power, we shouldn't be doing microbiology in order to make viral or genetic modifications, we shouldn't mess with any weapons of mass destruction, and we shouldn't plug ourselves into the machine.

Singularity we meld, transcendence the AI leaves us behind.

The human mind is in no way machine compatible in the sense of wiring in hardware. The brain is nothing like a computer.

What it will take is learning to use it like a prosthetic. Sacrifices wil have to be made as the brain is already pretty completely utilized. Neuroplasticity has its limits, and like will be best served in kids who grow into am implant.

Similarly....because tye human mind is nothing like a computer it could be that strong AI just won't happen under current theories dominated by the "mind-computer metaphor".

At the very least, it would take naziesque testing, which in and of itself would be a large sacrifice for something most probably don't want to begin with.

That being said, I see it as being inevitable.

I could be wrong if quantum computing really takes off at the same exponential curve as other processing capabilities... Or if P vs NP gets solved.

posted on Apr, 9 2021 @ 06:35 PM
link
We are Russian back into the matrix dolls. Which one are we in now and which one will we be entering next. It is logical. We cannot effectively reach out, so we sink in.

By modeling the relationship between different patterns of neural activity and intended movement directions, we can build a model (i.e., “calibrate a decoder”) that can predict the direction and speed of an upcoming or intended movement. We can go further than simply predicting the most likely intended movement given the current pattern of brain activity: we can use these predictions to control, in real time, the movements of a computer cursor, or in the video below, a MindPong paddle. The neurons with upward preferred directions clearly increase their firing rates as the monkey moves his MindPong paddle upward, and the ones with downward preferred directions increase their firing rates as Pager moves his paddle downward.


More on Monkey MindPong at Neuralink 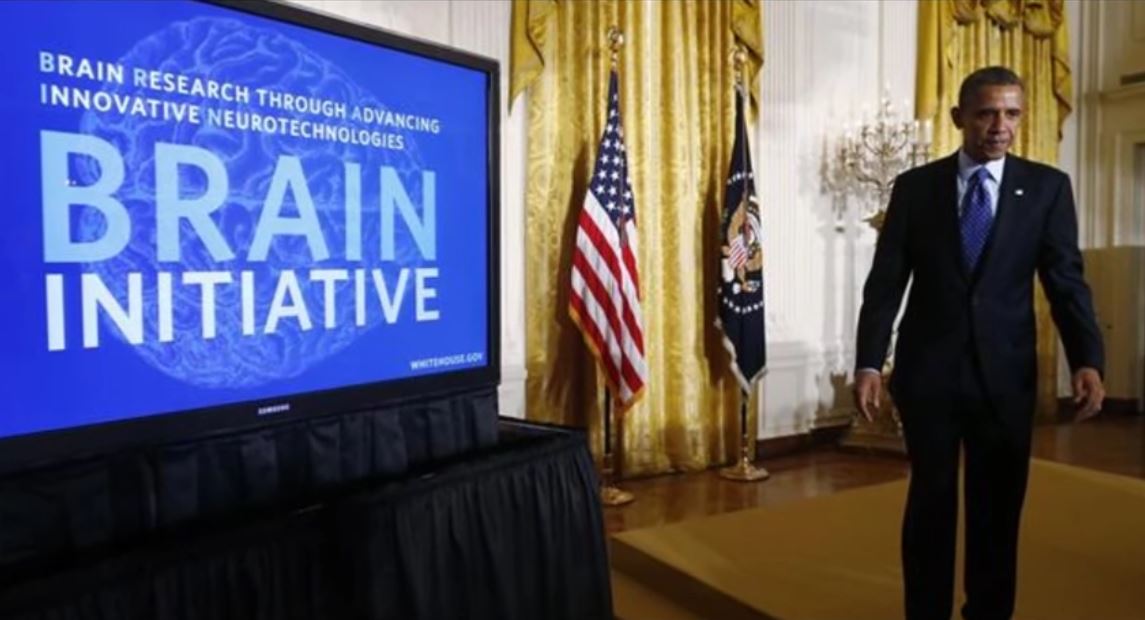 Brain Research through Advancing Innovative Neurotechnologies® (BRAIN)
Cute, they even use 'BRAIN' as an acronym. Announced by the Obama administration on April 2, 2013.
braininitiative.nih.gov...

Pros & cons but, every good magician knows how to hide behind the thin veil of smoke 'n mirrors while attracting many to their wonderland of intrigue & shiny coin. Musk is the yang in the Yin and yang. Musk is like a double edge sword and a clever disruptor. But, his transhumanist ideology & (BCI) tech Alchemy (Neuralink to Starlink) keeps me at a distance.

Microsoft said the headsets would be based on its HoloLens technology, which was originally developed for video games.

The headsets would be part of what the military refers to as an Integrated Visual Augmentation System, which projects contextual imagery and information in front of the user’s eyes.


Those must be some super ultra alien tech VR headsets for $22 Billion!! Prolly networked into the M$FT "JEDI" War Cloud and some $$ toward $1500 dollar toilet seats. The AI tech (drones, cyborgs, 3D printers, etc.) will soon replace humans on the battlefield. The Joint Assistant for Development and Execution (JADE) AI system has been “mastering the human domain” for nearly a decade, taking care of designing operations and tasking resources, while both in the air/space, on/under the sea and on the ground, autonomous weapons platforms are replacing boots on the ground.

The Army and DARPA have already talked about such headsets using "encephalographic dictionaries" and other "techniques" to communicate telepathically. 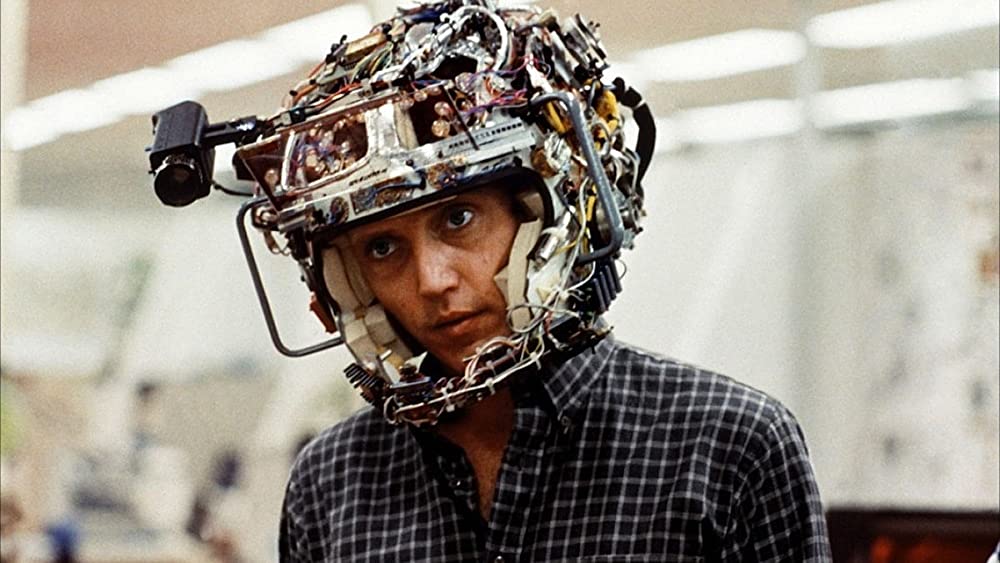 If for example one is wearing a "virtual reality headset" one may be able to externally alter the "environmental" situation as presented to be more threatening than it actually is and thereby creating a 'crisis' that is both dangerous and opportunity.

In this time frame, this tech feels like a step for removing humans from the kill chain entirely. Every physical and mental skill expressed digitally has an AI looking over our shoulder learning that skill from us. The term exponential growth in skill and experience comes to mind.

In Sun Tzu’s warrior training, crisis is both danger and opportunity.

I'd Bet a Dollar Joe Biden could not do that !

originally posted by: CriticalStinker
That being said, I see it as being inevitable.

I just couldn't resist writing you since I keep reading this and similar about different topics, not from you though. All alarm bells and red flags get set off.

I hope it's not lost in translation / sense. Similar to individuals saying "I don't go voting, it doesn't change anything", this is so dangerous to accept, it kind of makes it self fulfilling. I think I understand where you are coming from in the sense that sooner or later it will happen because in a relative short time we went from punch cards as interfaces, to keyboards and mice....

You know as good as I what possibilities there are for other kinds of inputs, say just talking to the computer (work bench video if you remember it) so it's clear that this path can not be stopped. It's too big of a toolbox that we don't use it.

Also if I didn't have a child I wouldn't be that uptight but I have to think for two. She's going to live in this world, maybe if she has kids one day, her kids too.

I just feel this is going to be a rushed, if not forced decision. And if it's just group pressure, one day humans will have to decide between giving up their natural way of living, or are just forced to as a child, to be able to compete or even work or buy food.

I see these interfaces as a gift and a curse, with bigger potential to be a curse in the aftermath, than a gift.

posted on Apr, 9 2021 @ 09:34 PM
link
This is totally only for the good of humanity, no ulterior motive hiding behind this whatsoever.

I expect there to be at least some iteration of AI reading our mind.

Think of all the data points it's getting on people.

-It's able to collect most of the populations communication.

-Now with health trackers, it is getting constant reads on vitals.

-Search history is able to see our train of thoughts.

-Algos in apps are able to see different thought patterns.

-Increasing amounts of the populations DNA being collected and examined.

I'm not sure I subscribe to a pure interaction between one's mind and the Internet of Things, but certainly something close enough to call the prediction many have had accurate.

Yes, the data points, you know this was my job. I agree that there are unfathomable angles to approach this, give me a datarow and I'll find many the meaningful patterns and three million others unrelated. If I had a chip and could access that in real time and be in my own world, checking patterns or downloading knowledge, great possibilities.

My issue is we are living in an ever increasing pressurizing society. I know that keeping behing like I did with my standard mobile phone vs. the smartphone I got first in Dec 2018 just kept me out of the loops.

Are we going to leave a chance for humanity to be preserved? At what point we cannot function anymore without the tech? As a human itself. Then there is the control question. How much control do I own over my own body. You know me good enough this is an important topic but not only because of the past.

Will children have a say in future? Similar to circumcisions on boys or what is done to young girls in Africa, will we just force them into our world or do we give them an option. At what point do we give them that option? 12? 18?

What if at somepoint they are not only going to take away paper money but paper documents? Then if you can not afford that chip...

Have you read Ready Player One?