Biden EO to Order Study to Pack US Supreme Court

President Biden will issue an executive order Friday to form a commission to study reforms to the United States Supreme Court.

Biden, under pressure from liberals to expand the size of the high court, promised to create the commission during a "60 Minutes" interview back in October in the wake of Justice Ruth Bader Ginsburg's death.

While court packing -- or expanding the number of justices beyond nine -- has been the most high-profile court reform debated, Biden's executive order seeks to look at other judicial changes, including the lifetime appointment of justices.

According to the White House, the commission will look into "the length of service and turnover of justices on the Court; the membership and size of the Court; and the Court’s case selection, rules, and practices."

Packing the SC with more Leftist activist Justices is the only way the Harris/Biden administration will be able ram through unconstitutional new laws.

Once done, the Harris/Biden dictatorship will control EVERY branch of the government.

Welcome to a totally Fascist state.
edit on 9-4-2021 by IAMTAT because: (no reason given)

posted on Apr, 9 2021 @ 02:27 PM
link
Roosevelt failed, and this will fail. Especially as the SC would probably have to rule on it. Lets just hope Tmans appointees stick to hteir conservative principals.

Tried this with FDR, and it got shot down big time. Obviously the climate has changed and I think there would be more amicability toward it. If it happens, it will set off an interesting chain of events to be sure.

xuenchen
+3 more
posted on Apr, 9 2021 @ 02:35 PM
link
What does FDR's ideas have to do with the current liar/cheat Bull# Democrat Party that has ways to rig elections ? 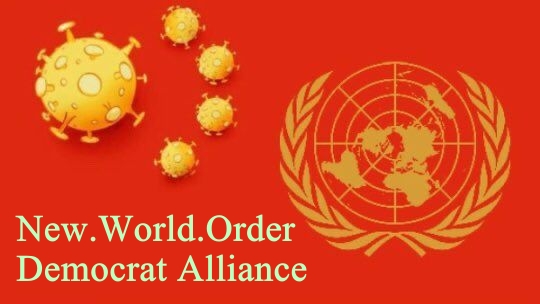 posted on Apr, 9 2021 @ 02:37 PM
link
I have to admit the bit where he talks about term limits isn’t the worst idea. Always seemed odd to have for-life appointments.

Edumakated
+4 more
posted on Apr, 9 2021 @ 02:45 PM
link
Just a reminder for the liberals as I know most of you have short memories. Biden kept dodging the packing the court question...

This type of EOs never ends in legislation, been just an EO it means nothing, is just pandering to liberals to show he is doing something.

Anyone that didn’t see this coming are as dumb as the 20 million real people that voted for Biden.
Typical Dem con artist game.

posted on Apr, 9 2021 @ 03:24 PM
link
Biden is doing all the heavy lifting, groundwork and preparing the way for Kamala The Destroyer to pull the switch.

Klassified
+3 more
posted on Apr, 9 2021 @ 03:28 PM
link
a reply to: IAMTAT
It's time for the states to take a stand and put their weight behind a constitutional convention. The current federal government has run its course and needs to go.

posted on Apr, 9 2021 @ 03:29 PM
link
"The rule of law", indeed.
Sware to uphold and defend "the law". But at every chance, fight to change it. When it stands in the way of your agendas, or your commie loving ideaoledgy.

It is the "checks and balances" part that annoys them kind. They have to have it all their way. Which is the ingredients for tyranny. Which brings us back to the why and the reason, The C.O.T.U.S. is "The Law" in the first place. So petty people can't "govern" absolutely.

I know, some "educated" lib is going to say,.."but the number of judges wasn't defined".

So the obvious "educated idea" is to add more? Splendid idea! "Democracy"! The more, the better!


Being that the S.C.O.T.U.S was contrived to prevent their kind, from gaining total control of our Republic and turning it into a democracy. Or some other historical failure of a government.

Only these evil people would "fix" the law to make themselves and their ideaoledgy "legal".

They're the one reason The C.O.T.U.S. exists. So we'd know who is for us, or against.

So let the libs keep talking. It's not a bad thing and they do have that "right". Untill they "law" themselves into total serfdom and not this half a*s freedom serf idea, they got going now.

We'd have to fix the state governments first. Before I could get behind, that idea.

Yet another thing Biden swore he wouldn't do when questioned about it, then turned around and did within 3 months of taking office.

originally posted by: marg6043
This type of EOs never ends in legislation, been just an EO it means nothing, is just pandering to liberals to show he is doing something.

Nothing will come of this, they don't have nearly enough votes to make it happen anyway.

originally posted by: murphy22
a reply to: Klassified

We'd have to fix the state governments first. Before I could get behind, that idea.


The purpose of a state delegated CC does not have to be to replace the constitution, but rather to have a majority of states unified to restructure the current federal government. Amendments could be added or new checks and balances put in place, etc.

It would work similar at the state level, but you would need enough counties.
edit on 4/9/2021 by Klassified because: (no reason given)

Is this really a surprize?

The evil leftist agenda is what all the evil leftists (all 8 quadrillion) voted for in the bestest most fair election since the North Korea elections!

It would lay EVERYTHING on the table. I wouldn't want a bunch of idiots, mask nazis, commies and the earth is melting believers, arguing on my behalf without me being there.

It's just not a good idea.