Joey is going for the gun grab

posted on Apr, 7 2021 @ 11:08 PM
link
a reply to: Illumimasontruth
It would be a great time to learn to make ammo if you could get components. Bullets, primers, and powder are darn near impossible to buy.

I just checked them out, and $0.15 per trigger squeeze is nearly 4 times what I normally pay. I'm not at that point of desperation just yet. The worst part is, the places that are still selling primers for around $40/1000 are the same places getting shipments on Monday mornings, while I happen to be on my way to work, and limiting sales to one brick per customer. It's hard enough to justify taking a day off work for 5 bricks, let alone 1. I do agree with the limitations considering current supply, since I have seen them for upwards of $600 per brick on gunbroker a time or two.

Speaking of which I really feel like in a country that is supposed to be a democratic, constitutional republic or whatever the hell it is now a days that this should be something that should be voted on.

I seriously doubt the majority of people would vote to ban guns.

posted on Apr, 8 2021 @ 12:59 AM
link
The new Attorney General, Merrick Garland, is playing a major role in the "Gun grab". Since he hates Republicans, due to not being placed on the Supreme Court by McConnell, law abiding conservatives will have their gun rights restricted long before hood murderers in the inner-city.

originally posted by: Gothmog
The hero Ash once said :
"Come get some"

He also said “shop smart, shop S Mart.” While grabbing his boom stick off the shelf. Lol I remember when you could buy guns at wal mart man have the times gone insane. Hell I remember grandpa buying guns and ammo out of mail in catalogs back in the day.

originally posted by: AutomateThis1
Biden sucks. He's more of a "fascist" than Trump ever was. The thing is he's an idiot. It's everybody that's got their hand up his ass telling him what to do.

Speaking of which I really feel like in a country that is supposed to be a democratic, constitutional republic or whatever the hell it is now a days that this should be something that should be voted on.

I seriously doubt the majority of people would vote to ban guns.

Except for those that wish to defund the police because well BLM and BS because BS matters.

The best shotgun I own, a little 12 gauge single break action was bought for me on my twelfth birthday, by my sister and brother in law--42 years ago

Anyway, it's still the sweetest pointing shotgun I've ever shot, and I've shot shotguns that cost thousands of dollars, even in one case tens of thousands. It came out of a Monkey Wards catalog. It ain't pretty, but man, it's brought home dinner many a time.
edit on 4/8/2021 by seagull because: speeeling is hardd.

posted on Apr, 8 2021 @ 02:42 AM
link
During the Clinton years and that gun ban I ended up hanging with some Oregon Militia guys.
One weekend during a get together camp out I'm standing with one of the militia guys watching everyone shooting at the pit.
About 15 or so families, blue collar guys, nice trucks, 2-3 kids, wives...
We're just standing there and dudes says, "These guys will never go to war against the government".
I'm like - What?
He goes on about how these guys have good jobs, mortgages, nice toys, trucks, kids in school, wives and how if it ever came to that knock on the door they'd never put their families on the line.
That was the last militia event I attended.
The 2nd Amendment isn't a guarantee to have recreational firearms, or to hunt or even protect yourself from thieves and murderers. These are "God Given" rights not constitutional rights. The 2nd is a Constitutional Right to protect yourself from a tyrannical government through the use of firearms and again it is not to collect guns or to conveniently announce they have all been lost in a boating accident.
Problem is the meaning and goal posts have been moved and the true Spirit of the 2nd been distorted by those who would avoid invoking the 2nd in its truest form at all costs.
Then there's the Right's adoration for law enforcement.
The 2nd is already dead, this last election proved that.
Disarming most will be no problem, target the guys with good jobs, kids and families first and the rest will not likely go out in a blaze of glory.
Like I was saying a few months ago - Use them or lose them.
That window of opportunity is rapidly closing.

Most people without those things don't, either.

When those things are endangered?? All bets are off. Your militia pal was sadly mistaken.

Are they going to march on Washington, and hang 'em all high? No. But would they, will they, go to war to protect their families, homes, etc...?

You bet your ass, they will. They always have.

originally posted by: visitedbythem
Mandatory full coverage insurance required on all guns. Mandatory yearly classes and certificates. Mandatory government access to all your fire arms at any given time, so as to inspect for safety protocol, and required safe unloaded storage separate from ammunition which is to be kept in another safe in your garage, locked at all times.

Insurance premiums will not be over $1300 per year, for a black powder single shot flint action rifle. Of course, six shooters will be ten times that, and semis are no longer allowed.

Nope. those abridge the right to own one. A right is not paid for it is there already. Putting a pay wall up to have one is unconstitutional.

originally posted by: seagull
a reply to: Brotherman

The best shotgun I own, a little 12 gauge single break action was bought for me on my twelfth birthday, by my sister and brother in law--42 years ago

Anyway, it's still the sweetest pointing shotgun I've ever shot, and I've shot shotguns that cost thousands of dollars, even in one case tens of thousands. It came out of a Monkey Wards catalog. It ain't pretty, but man, it's brought home dinner many a time.


Oh boy could you and I talk about shotguns. I’m not willing to tell on myself too much but I do own a rather old and highly sought after over under 12 gauge that was bought well before I was born by my grandpas father my great that I learned on when I was young doing fun stuff with block shoots before killing pheasant in the field became a thing much later. It isn’t something I believe I’d go to as my first choice of defense but it is by far like yours the straightest shooting shotgun I own but it is also beautiful in its design and holds more then 3 generations of my family in its wood and metal frame.

Joey is unilaterally violating the civil liberty of over 320 million Americans.

All the EO really can do per what I read was go after ghost guns. See google for a definition.

originally posted by: TonyS
a reply to: DBCowboy

All the EO really can do per what I read was go after ghost guns. See google for a definition.


It looks like he is going after the pistol ghost guns and the stabilizer braces for AR pistols.
Not sure how binding his EO will be, but time will tell.

This looks like the Biden administration signaling weakness to me. If they were in a position of strength on the issue, they'd do it the more acceptable way...through Congress. This makes me think they don't have the votes, either for a major gun control bill or to eliminate the Senate filibuster and they don't think they ever will. Plus, it undermines their future negotiating position, because the GOP can argue that Biden already had one round of gun control initiatives with these EOs. Never mind that there's very little that Biden can actually do through executive order.

And so, to me, this just looks like a weak attempt to convince the far left that he's actually doing something, while in reality, the administration has given up on doing much at all. Which is fine for the Dem political class. If they pass a major gun control bill, they lose it as a wedge issue, and the Dems are all about their wedge issues.
edit on 8-4-2021 by vor78 because: (no reason given)

All programming is voluntary !! 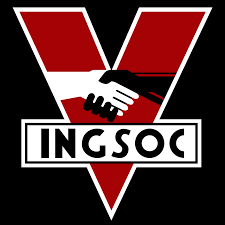 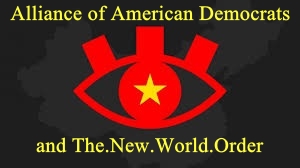 Wincing, squinting, and of course that oh-so disgusted look on his face ROFLMAO
Citizens getting rooked and screwed over big !!🤣

originally posted by: rickymouse
I just got my NRA cap in the mail on Tuesday for renewing my membership through the gun club., guess I will have to hide that too.

The NRA has been in hiding since the outbreak of covid-19.

You now have a cap to commemorate that.

They don't deserve a dime from anyone.