posted on Apr, 7 2021 @ 01:16 PM
link
It's a pretty wild ride but did think this was a fascinating new interview with long time UFO researcher Stan Gordon.

He goes into quite some detail about his decades of UFO research, his time with the UFO Research Institute of Pittsburgh and the findings of scientists, engineers and ex intel/police/military personnel involved in the 'Westmorland County UFO Study Group'.

Stan does describe some extremely freaky cases from around Pennsylvania (especially during the 1973 wave) and states that many reports involved large, structured objects seen low to the ground, hovering over highways and pacing cars.

In 1970, Stan Gordon founded the Westmoreland County UFO Study Group (WCUFOSG), the first of three volunteer research groups which he would establish to investigate UFO sightings and other strange occurrences reported in Pennsylvania. Since November, 1993, he continues to investigate and document strange incidents from across the Keystone state as an independent researcher. Gordon is a former PA State Director for the Mutual UFO Network (MUFON), and was its first recipient In 1987 of the MUFON Meritorious Achievement in a UFO investigation Award.[/size


• Also described are a number of 'repeat activity' reports where strange globes of light (of separate colours) keep reappearing in certain areas and did think it sounded very similar to the late Ted Phillip's research into Marley Woods.


Here's Stan in a featurette for Seth Breedlove's documentary about strange UFO activity on the Chestnut Ridge:


The true story of Pennsylvania's Chestnut Ridge, a mountain range where decades of bizarre happenings have been reported. 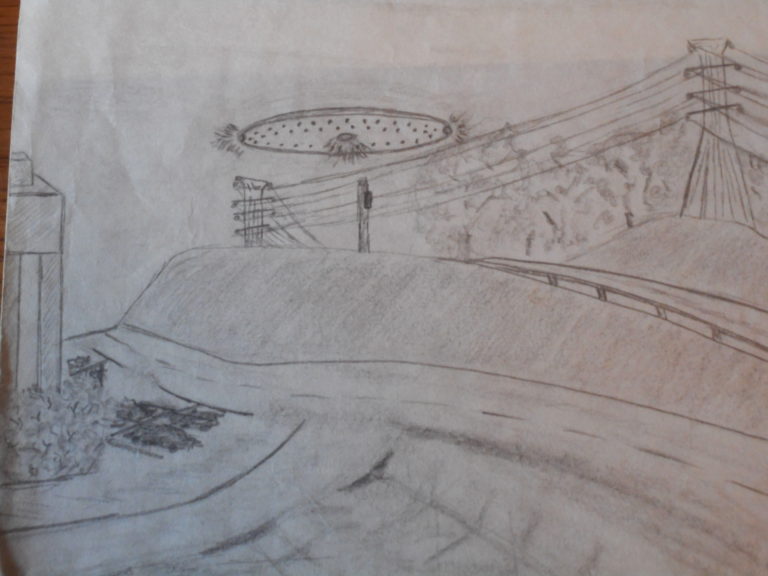 More here on the 1973 UFO wave Mark - apparently U.S. Rep. J. Edward Roush raised concerns that the spate of sightings may cause 'panic and hysteria' and John Keel reckons he predicted it.

Also more below from researcher Bob Gymlan on the multiple witness (15 people) UFO case as described by Stan in the interview:

It was a bright red sphere about as big as a barn. And it was only about a hundred feet off the ground and slowly descending towards the pasture..

I've seen this premise before, UFOs/EBEs/UAPs, all congregating around high energy sources, is this a Moth to the light deal or curiosity from the primitive bio masses that made something of genuine interest?

Perhaps a measure of our ability to manipulate high energetics?

I've seen this premise before, UFOs/EBEs/UAPs, all congregating around high energy sources


Yes quite a number of examples found in the literature of unidentified flying objects being witnessed in the vicinity of power lines, sub stations, hydroelectric dams etc.. and also a possible correlation with power outages.

There's some relevant comments below taken from this (free) E-book by engineer James M. McCampbell:

An association between UFOs and electrical power facilities has been recognized for many years. UFOs tend to hover near generating stations, switchyards, and substations, and to travel along the rights-of-way for high-voltage transmission lines. They are frequently seen at these locations at the time of, or just prior to, electrical blackouts over extended areas served by the facilities. Naturally, blame for the inconvenience is laid upon the UFOs, but satisfactory explanations have not been found. The deficiency is twofold: The affinity of UFOs for electrical facilities is not well understood and their method of causing power failure has not been satisfactorily identified.


Also, looks like Captain Ruppelt understood as far back as the early 1950's that 'Atomic Energy Commission' facilities experience a higher rate of UFO activity (Pic) so perhaps that's why the AEC were canvassing the public for 'info on flying saucers near A-Plants' (Pic).

is this a Moth to the light deal or curiosity from the primitive bio masses that made something of genuine interest?


Well mate since noone knows the agency behind UFOs (or even what they are) then it's pretty difficult to speculate - the connection definitely seems to be there though.

Hope you find time to listen to the interview.

That's the perk in the ears reading this quote, something's going on there

That's the perk in the ears reading this quote, something's going on there.

Ha thought you'd appreciate that one mate - some very freaky (and familiar sounding) reports and Stan goes into more detail in this other interview.

As for Marley Woods looks like the phenomenon is still ongoing and there's more info below about Ted's SIU unit:

The S.I.U. is probably best known for their intensive investigations of Marley Woods (pseudonym), a location that has been visited on numerous occasions over the years by small, inexplicable lights that vary in size, color, behavior and performance

Nice one mate Did the Ted Phillips: Tribute: Missouri's Mysterious Marley Lights Still Unexplained! video first. Holy smoke it's just spot on description of the orbs, really amazing and also stunned by that story of the animals the farmer found in the barn! Also how he described the different coloured orbs, orange, yellow, white, red................ Yeah he made out the big events experienced had the red type orbs showing up. Sort of can connect with that. Only ever seen the light beams emanating from red orbs, the others don't seem to have this capability. His cave talks towards the end of the interview in eastern Europe, wowzers the sounds of machines below, totally amazing and something to chew on

With respect to other people's opinions...I'm still a nuts and bolts U.F.O. guy.

In reference to UFO's that are lit-up with some kind of light (not counting reflection off of some type of light source): I would tend to say, the most likely explanation for an alien starship sporting such qualities...is that a lighted plasma, that surrounds the starship), is a force shield that is contained by a mini-magnetosphere of some sort.
edit on 11-4-2021 by Erno86 because: typo


Very freaky stuff mate - took that interview from this thread made when Ted passed away and there's another pretty in depth interview on there about Marley Woods. 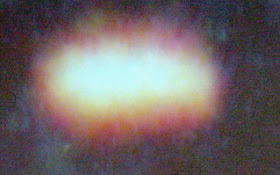 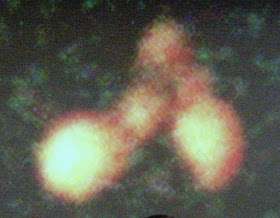 Ted Phillips, the founder and director of the Center for Physical Trace Research died, on March 10, 2020..

In recent years he was involved in the investigation of strange lights seen in the Marley Woods in far southern Missouri. I met him in Illinois when he made a presentation about those lights at a UFO conference there. I had hoped to talk to Phillips about this while at the conference but there never seemed to be a couple of moments when the two of us crossed paths, with one exception. I told him it was my impression, from his presentation, that he wasn’t looking toward the extraterrestrial on this. He confirmed that he had thought it was some sort of terrestrial manifestation but he didn’t know what it might be. For those interested, there is more about Phillips’ presentation here.

With respect to other people's opinions...I'm still a nuts and bolts U.F.O. guy.

I genuinely don't know what to think anymore mate.

In reference to UFO's that are lit-up with some kind of light (not counting reflection off of some type of light source): I would tend to say, the most likely explanation for an alien starship sporting such qualities...is that a lighted plasma, that surrounds the starship), is a force shield that is contained by a mini-magnetosphere of some sort.

Just been rereading the colour change thread and some very relevant comments on there from NASA's Paul Hill and the Rand Corporation.

originally posted by: ufoorbhunter
a reply to: karl 12

Holy smoke it's just spot on description of the orbs..


Think you might enjoy listening to this interview with Damien John Nott mate.

posted on Jun, 23 2021 @ 07:34 AM
link
Recent criticism from Stan about the corporate media (and CIA/DIA) just attempting to focus everyone's attention solely on the US Navy incidents.


While the media is currently giving more than usual attention to the UFO Phenomena, it is not showing the extent of the sightings reported throughout the world. The crux of the matter is that numerous credible detailed UFO sightings have been reported for years by not only military pilots from various branches of the service, but also from civilians throughout the US and the world as well. I want to make this clear to my readers so they are aware of the extent of the sightings, as most of the recent media focus has been limited to the observations by experienced Navy pilots and to the objects observed and tracked by personnel on Navy vessels- which is from only one branch of the military.

Ted Phillips, a pioneering legend within the UFO field, spearheaded the research into this mysterious location. Although now passed away, his protege and my guest today, Thomas Ferrario, continues the hunt for the truth.

He's here to step into the Vault, and explain some of the darkest, deepest, and most frightening experiences that he and others have encountered while there. And some of those experiences may have even left a lasting physical effect that will be with him for the rest of his life.

Hi Karl, I've been away from ufology for a while (occasionally popping in for a glance or two) and I must admit I had never even heard of Marley Woods! I'm about to dive into the story via Greenewald before continuing with the other videos and texts.

What caught my attention immediately is how Greenewald enthused about how little attention, glitz and glamour the investigators of the area were seeking - compared to the now appalling Disneyland razzamatazz of Skinwalker Ranch.

Hope you're okay, my friend. Long time no see.

(Heading towards a sh#tty Autumn/Winter in the UK, Covid-wise - perhaps Marley Woods will distract me enough!)

posted on Oct, 20 2021 @ 10:42 PM
link
I love these type of threads! I listened to the paracast back in the day and almost every other podcast about similar topics, and gotta say that both Ted Phillips and Stan Gordon were two of my favorite guests. I remember someone outing the location of Marley woods, or some sort of argument about it. Stan had cases for days and you could tell he loved working in the field, Ted's trace cases were also very convincing something was happening when I first got interested in the field.

Hi Karl, I've been away from ufology for a while (occasionally popping in for a glance or two) and I must admit I had never even heard of Marley Woods!


Good to see you back my friend and would say the place is well worth looking into, Ted goes into more detail below and some extremely strange 'orb' activity being experienced by residents - also an excellent point of yours about them not seeking out publicity (always a good sign).

(Heading towards a sh#tty Autumn/Winter in the UK, Covid-wise - perhaps Marley Woods will distract me enough!)


Ah yes good luck with that one mate although reckon it's pretty grim everywhere at the mo.

If you're ever not distracted enough then thought this was a pretty fascinating interview with Stan Gordon about UFO reports involving cryptids - sounds completely bonkers but suppose one's got to follow the data and have to say I found his research surprisingly compelling.

I still keep postulating how it is necessary for us to harness the power of the universe --- Even though other alien races have certainly shown us the path towards harnessing fusion power for peaceful means.

I saw the new NOVA video documentary...last night on PBS (Public Broadcasting System) last night --- Titled: "Universe Revealed: Age of Stars" --- I highly recommend it (in case you haven't seen it yet).