Standing up to the idiocy of WOKEness


Nicholas Meriwether, a professor at Shawnee State University, explained to Fox News host Tucker Carlson why he sued the university after he was told he created a "hostile environment" by not calling a transgender student by the preferred pronoun on "Tucker Carlson Tonight."

MERIWETHER: "Well, basically if I had not [sued], I would have been fired, I would have been terminated. That was one reason. It wasn't the only reason. The other was as you say, as you just said, I think we need to stand up against it, and I do think that we are losing our academic freedom. We are losing our freedom to disagree, and until people stand up to it, I think it's just going to get much, much worse much, much faster.

Apparently you are allowed to stand up and say NO! Whodathunkit? Well, there needs to be A LOT more of this. We still need to respect each other as humans, and what you choose to believe about yourself if your business. But I am not required to call a rock a stick, I can still call a rock a rock. And this lawsuit provides a basis for exactly that. We don't need to kowtow to the idiots. They are few, very, very few. Sure they are loud and shrill, but once you tell them no, and assert some authoritar on them, it seems they will be forced to realize that what the world calls normal can still be something most agree on.

I applaud this man for standing up to the system and winning. I hope there are more who aren't afraid to stand up in the future. Wokeness is a failed religion that exists as a cult.

Looked this up a bit more.

The case stemmed from a 2018 political philosophy class in which the professor, Nicholas Meriwether, called a trans woman “sir.” Meriwether said it happened accidentally, as no one informed him of the student’s preferred pronoun. After class, the student “demanded” to be called “Ms.,” like other female students, and threatened to have him fired if he didn’t

The university initially asked to Meriwether to stop using masculine and feminine titles and gendered pronouns, but he argued this was next to impossible. Instead, he said he would refer to the student in question by her last name only. The student was dissatisfied with this approach, as Meriwether continued to address other students as “Ms.” and “Mr.” Meriwether also called the student “Mr.” again in front of the class by accident, he says.

The student allegedly threatened to sue Shawnee State, which in turn pressured Meriwether further to address the student in her preferred manner. Meriwether agreed -- on the condition that he could put a disclaimer in his syllabus about how he was following the university’s pronoun policy under compulsion, and stating his views about biological sex and gender being one and the same and immutable.

Meriwether’s dean rejected this as incompatible with the university’s gender identity policy.

Meriwether, who continued to refer to the student by her last name only, was found to have created a “hostile environment” for her via disparate treatment. (Again, he continued to call other students "Mr." and "Ms.")

It just kinda goes on back and forth like that for a while.

Like...what the hell is wrong with people??

What a #ing unbelievably self-entitled clown...

Ya know...being a philosophy class and all, I bet if that student had actually constructed some kind of reasonable argument and debated it with the Prof, and started a discussion on it, probably could have convinced the Prof to change his mind.

Instead, immediately flips out like a #ing child, threatens to sue and get him fired...

posted on Apr, 5 2021 @ 01:57 PM
link
Ironic. Jordan Peterson gained fame when he did the same thing. IIRC, the university was trying to make him call transwomen "she" and he was like no.... 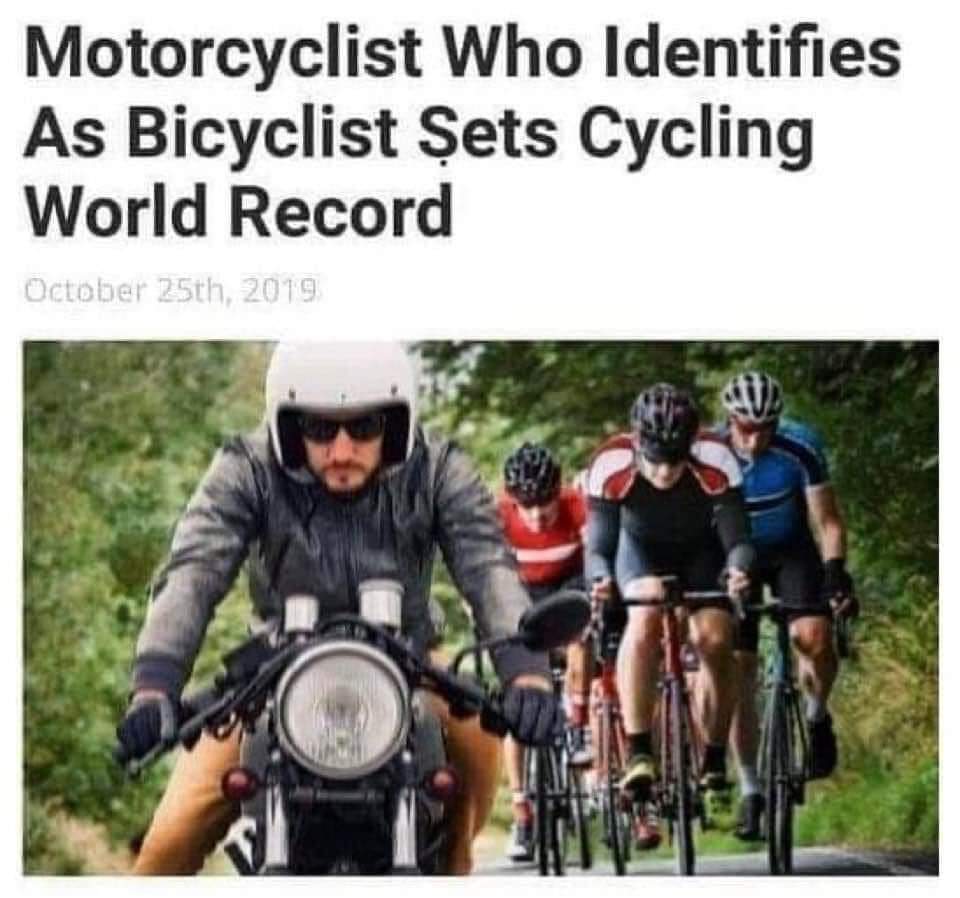 originally posted by: dug88
a reply to: Kromlech

originally posted by: dug88
a reply to: Kromlech

Using the Babylon Bee as a source of outrage here is pretty fitting.

Full disclosure I only read the headline.

This comes from my inner we dont do that.

It's like dealing with an 8 year old these days back when I was a kid it was a 5 year old.

You ignore it for a few minutes then you correct their misbehavior let them know...this is the last straw.

Then if they take the next step its ass whooping time!

After reading my original assessment was correct.

This isn't a case of raising/correcting your own bratty kids.

Any ass whooping would end up in charges.