posted on May, 26 2021 @ 05:09 PM
link
The thing that amazes me the most is how many people there are that don't realize population control WILL HAVE TO HAPPEN AT SOME POINT. We may as well start figuring it out now.

originally posted by: HarryJoy
The thing that amazes me the most is how many people there are that don't realize population control WILL HAVE TO HAPPEN AT SOME POINT. We may as well start figuring it out now.

It's a shame really. Our species had so much potential, but instead of creating ways for everyone to live and grow, all we focus on is killing and destroying.

The thing that amazes me the most is how many people there are that don't realize population control..


Lots of pseudoscientific propaganda out there Harry.

Here's one about how one of the main promoters of it has been 'so remarkably, consistently and staggeringly wrong'.

Also some interesting counterpoints at the link below about fearmongering by Malthusian eugenic cultists.


Overpopulation: The Making of a Myth

Don't know if you saw this very recent thread regarding statements made by Frank Swiaczny (German demographer who was the chief of population trends and analysis for the United Nations) but it's well worth a look.


All over the world, countries are confronting population stagnation and a fertility bust, a dizzying reversal unmatched in recorded history that will make first-birthday parties a rarer sight than funerals, and empty homes a common eyesore.

We will be the authors of our own demise.

Or at least we will be made to think we are...

Of course, consumers aren’t entirely blameless, particularly the world’s wealthiest individuals, but the idea that oil is a purely demand-side industry is ridiculous. In the 1980s, for example, when the oil crisis was finally over (oil prices had risen by 300 percent at one point) oil companies were very worried about the fact that Americans had gotten good at saving energy, so good that demand seemed to have permanently dipped. Did they reduce supply accordingly? No, they looked for ways to drive demand back up, tinkering with production and lobbying for policies that would incentivize increased fossil fuel use. More recently, as companies have grappled with a natural gas glut, they have not stopped fracking, but merely found a new revenue stream — plastic..

I'm not saying ALL births should be stopped. I'm just saying that control of reproduction is sufficient...imo

Wouldn’t it make more sense to sterilise the poor and the uneducated, if nothing else they tend to have more children.

Sterilzing the middle classes would be a good was to ensure that the NWO were surrounded by people least able to do anything useful.

have a couple of the links you posted been taken down already or am i just not able to get into them. good thread btw

The points that are incontrovertible are the facts that a finite amout of space can only hold a finite amount of people and also the fact that there is a finite amount of arable land on this planet. Yes I realize that we can adopt some alternative methods for growing food. But imo....if we start exploiting those types of methods we will be moving away from a connection to the planet that is imo...very important for us to foster.

I understand people's concerns about the idea of population control. And I also realize that there most likely are some people in power that really don't care about the general public....but I think they are somewhat rare.

But let me ask this....do you think it's inherently evil to limit how many souls can occupy this planet at any given time through the means of reproductive control ? Don't you think that there is an ideal maximum ( within a reasonable range ) population for this planet ?

originally posted by: HarryJoy
I don't see why killing has to be a part of population control.......if all births were stopped there would be zero people within 100-120 yrs.

I'm not saying ALL births should be stopped. I'm just saying that control of reproduction is sufficient...imo


Sounds rather authoritarian, dictating what parents should and shouldn't do.

Our species had so much potential, but instead of creating ways for everyone to live and grow, all we focus on is killing and destroying.

It sure does mate and off planet would be nice but there's a very small number of sociopathic eugenic foundations out there who have been playing this game for a very long time.

Some very interesting comments here (around 6:00) from Kissenger in a 1974 NSM memo - George Bernard Shaw also talks about the need for death panels below.

If this idea seems familiar, it’s because it has a long and dark history that harkens back to the eugenicists who argued that only the “fittest” should be allowed to breed, and anyone deemed “unfit” by the government-appointed boards—presided over by the eugenicists—should be sterilized, or, in extreme cases, put to death.

"But there are an extraordinary number of people whom I want to kill. Not in any unkind or personal spirit, but it must be evident to all of you — you must all know half a dozen people, at least—who are no use in this world. Who are more trouble than they are worth. And I think it would be a good thing to make everybody come before a properly appointed board, just as he might come before the income tax commissioner, and, say, every five years, or every seven years, just put him there, and say: “Sir, or madam, now will you be kind enough to justify your existence?”

This is the exact same talk of “Life Unworthy of Life ” that was employed in Nazi Germany as justification for their Aktion T4 program, which resulted in over 70,000 children, senior citizens and psychiatric patients being murdered by the Nazi regime.


Bioethics and the New Eugenics


Perhaps everyone should put these individual foundation members on a panel and get them to justify their existence?

posted on May, 28 2021 @ 08:39 AM
link
Yes...it is authoritarian. And yes it would be a power far beyond what we are currently used to.. And no the greater part of me doesn't like the idea.. But....I believe we are heading there of our own free will.

The family unit has been in decline for decades. More and more people are choosing not to get into committed relationships. It began in earnest during the counter culture movement of the 60's. And has grown steadily ever since. What was normal for my generation ( I'm 57 ) is now almost two generations old. I'm sure the 20 somethings of today see things much differently. And not necessarily in a bad way either. Just as the counter culture had it's points as well.

I'm reminded of the song " In the year 2525 " I used to think the song was so far fetched....now I see that it will probably happen much sooner.

I guess it's merciful that we only live as long as we do...it would probably be too hard on us psychologically to endure too much change in one lifetime. And let me say that even though the idea of moving away from the family unit and life as we have known it makes me uncomfortable...I think that ultimately it is necessary.

posted on May, 28 2021 @ 01:20 PM
link
I just realized that I need to clarify something I said in my previous post...I made a reference to the song 2525......I really shouldn't have because the only aspect of the song that I believe applies is the references made to controlled births. The rest of the song is extremely doomy and gloomy and doesn't apply to any system that I think mankind should or will endorse.. 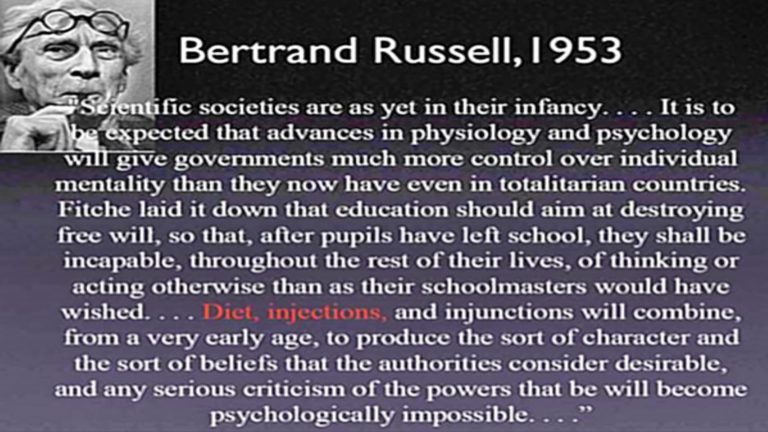 "Do not pretend that birth control is the only way in which population can be kept from increasing. There are others, which, one must suppose, opponents of birth control would prefer. War, as I remarked a moment ago, has hitherto been disappointing in this respect, but perhaps bacteriological war may prove more effective.

If a Black Death could be spread throughout the world once in every generation survivors could procreate freely without making the world too full. There would be nothing in this to offend the consciences of the devout or to restrain the ambitions of nationalists"

Some people are, waiting to follow the worms, so to speak.

Apparently 'population control' is a naughty word these days

Bingo! I suppose it's not that obscure a reference if you're a fan.

The Wall is a valuable album, even to this generation.


Verse 2 of this one seemed apt.

Also a relevant article below.

Bill Gates and the Myth of Overpopulation

the US and UK giving 600 million free jabs to poor countries.

Prob should help them out with malaria drugs really, has that not killed like billions of them or something.

i mean covid-malaria... which one do they most fear.

honestly, if we want to win, the media has to be taken first, knowledge is power and they have all the power in the distribution of Knowledge/lies

Prob should help them out with malaria drugs really


Thanks for the post mate and do agree about the corporate media's complicity in all this - the bribe money paid to them by the Gates Foundation probably doesn't help their objectivity either.

Apparently a CJR study in June last year found that Gates had 'financially motivated' (or bribed) numerous corporate media agencies including the BBC, NBC, Al Jazeera, ProPublica, National Journal, The Guardian, Univision, Medium, The Financial Times, The Atlantic etc. to the tune of over 250 million dollars.

When it comes to malaria there's also some other relevant info below about Bill.


As the WHO’s own malaria chief, Dr. Arata Kochi, warned in an internal memo, Gates’ influence means that the world’s leading malaria scientists are now “locked up in a ‘cartel’ with their own research funding being linked to those of others within the group” and that the foundation is “stifling debate on the best ways to treat and combat malaria, prioritizing only those methods that relied on new technology or developing new drugs.”