Another Asian HATE crime in NYC

page: 1
43
log in
join
share:
panoz77
+24 more
posted on Mar, 31 2021 @ 08:16 PM
link
Another white supreme is attacking an elderly Asian woman in NYC. Can you believe this? Been reported for days, the only thing is they never identified the attacker, by that I mean they never mentioned the attackers RACE. Not once until today. For several days, they allowed the ongoing ASSUMPTION of the MSM narrative that white supreme on Asian crime is on the rise because of Trump "CHINA VIRUS".

And as predicted, I knew this the minute this story was first reported about the elderly Asian lady getting assaulted in NYC, that this criminal was not a white supreme, but a black guy with a life of felony convictions. Today I was proven right. As of today, this story is out of the news, you won't hear another word from the MSM on the topic.

You are not supposed to use actual statistics to prove that the left has a narrative...

And it is all about having minority victims and the left being the loving and tolerant solution.

By making whitey the oppressor.

Except white Democrats because they are different because...

And a S&F for once again proving the sheer hypocrisy of our Woke culture.

White supremacy: does it even exist? Such a non-threat that how it even gets mentioned is beyond belief. It’s a pathetic narrative that every person can see straight through.
Anyone touting that line of thought is either grossly misinformed or outright lying.

China Virus: the virus DID originate in China. That’s not President Trump’s fault

I dont think there is a rise in anti-Asian crime AT ALL. Just the anti American media lying and making it seem that way.
edit on 31 3 2021 by Breakthestreak because: (no reason given)

I can verify that this practice of hiding criminals' race ( unless caucasian ) had been going on in NYC since Phentanyl Floyd died.

For example, at a Subway station near my apartment a month or 2 ago there was an a$$hole randomly attacking women late at night. I believe there were 9 such cases of this over the course of a few weeks. Same perpetrator.

A description of the attacker would help right? So people could be vigilant and prepared....right? The only description given by media was " a man about 5'9" tall who wears hooded sweatshirts." So immediately I knew his race 😅

This is what the ultra progressives demand. You reap what you sow.

posted on Mar, 31 2021 @ 08:28 PM
link
It's "White Supremacy" as long as the narrative fits. It doesn't matter what reality says, it's all about "feels" and narrative. I just watched Lester Holt talk about attacks on Asians and saying the same thing you're talking about, but he was showing a picture of the black guy that beat up the 65 year old Asian woman. He prefaced that picture though by saying that all the witnesses didn't video the attack. Like that changes reality or something.

originally posted by: Guyfriday
It's "White Supremacy" as long as the narrative fits. It doesn't matter what reality says, it's all about "feels" and narrative. I just watched Lester Holt talk about attacks on Asians and saying the same thing you're talking about, but he was showing a picture of the black guy that beat up the 65 year old Asian woman. He prefaced that picture though by saying that all the witnesses didn't video the attack. Like that changes reality or something.

Same, I was watching CNN several days ago going on and on about white supreme on Asian hate crimes because Trump CHINA FLU and yada yada yada, then they started playing fuzzy clips of people playing the knock out game on Asians, they played about 4 clips of older Asian men and women getting blindsided or punched from behind. GUESS WHAT, every one of the criminals was black. My jaw almost hit the floor. They tried to make the videos blurry enough to not be able to tell, but it was very obvious that every single perp was black. 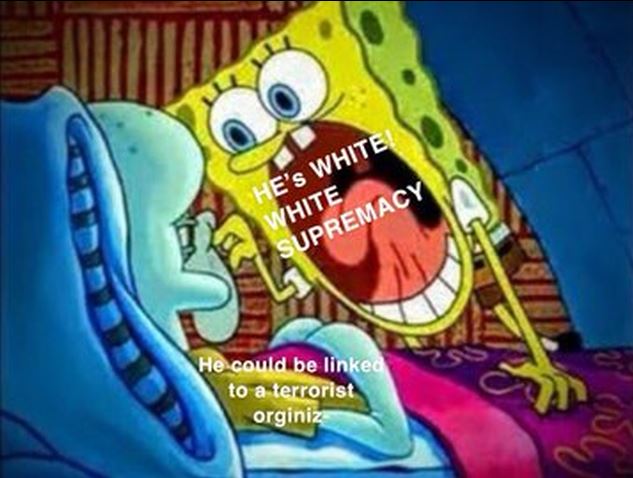 We live in a clown world, everything inverted & weaponized and Idiocracy was a documentary.🤪

Unfortunately due to the epidemic of severe mental illness in this Country after 1 year of lockdown torture, isolation coupled with domestic family issues, loss of job, paranoia, fueled by 24/7 radicalization on social media, high on Woke'ism by agent provocateurs, MSM hyenas & Branch Covidian nonsense, spiritual warfare and corrupt politicians who have sold their souls in return for wealth and power, or merely for comfort or sheer survival. Who the eff is driving all this madness?

Because money = power, the cream of the global socioeconomic elite are the proprietors of the World Banking Cartel System. It follows that the international bankers are the people of whom we should be most aware with respect to global tyranny. Just a powder keg of xyz-ISM's waiting to go BOOM later this year.? Maybe. This summer will probably have the next big psyop that will make corona pale in comparison. 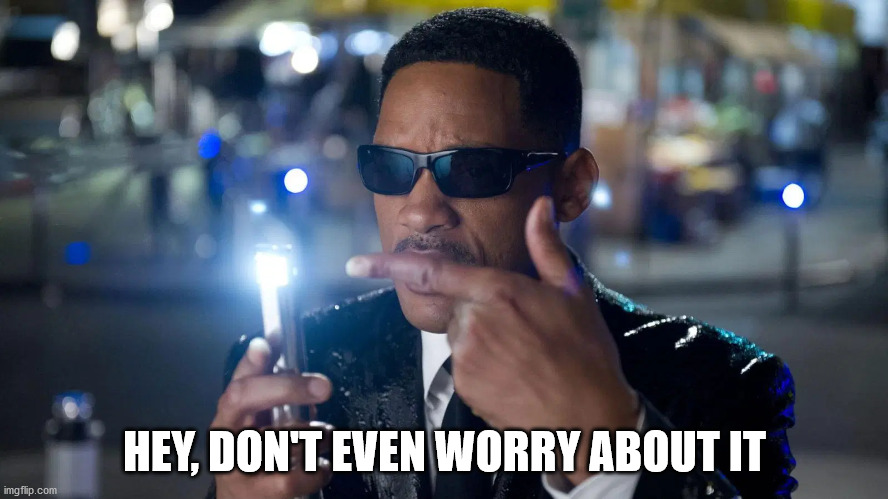 posted on Mar, 31 2021 @ 08:44 PM
link
But statistics are lies created by White supremacists to further oppress people of color. You see it's the long history of oppression that has driven people to these extreme acts. So it is indeed the fault of White supremacist ideology. Ain't liberal logic fun?

posted on Mar, 31 2021 @ 08:50 PM
link
I never heard the race mentioned on the news here, I already knew it though, and yes, if the attacker was white..it probably would of been noted.

I just give up giving a damn about any of this race baiting crap.

posted on Mar, 31 2021 @ 08:50 PM
link
They had the video of the perp from DAY 1, in fact they had at least two videos of the attacker from DAY 1. They knew without a shadow of a doubt what color this attacker was. Makes you wonder, or not.

Are you white or have you ever agreed with somebody that is? If you answered yes to either of these questions you may suffer from a common but treatable condition called white supremacism. Jobyden can help with your symptoms and get you better, building back better.

Tell your doctor if you are currently on 8chan or plan to be. Side-effects of Jobyden include malaise, dizziness, confusion, feelings of sadness or deep remorse, diarrhea of the mouth, uncomfortable silence, cognitive decline, and continued social decay. In severe cases these and other side-effects may persist up to 4 years.

Do not stop Jobyden unless directed by your television.

If you cannot afford Jobyden, Jerome Powell may be able to help.

Get back to better, building back better... with Jobyden. 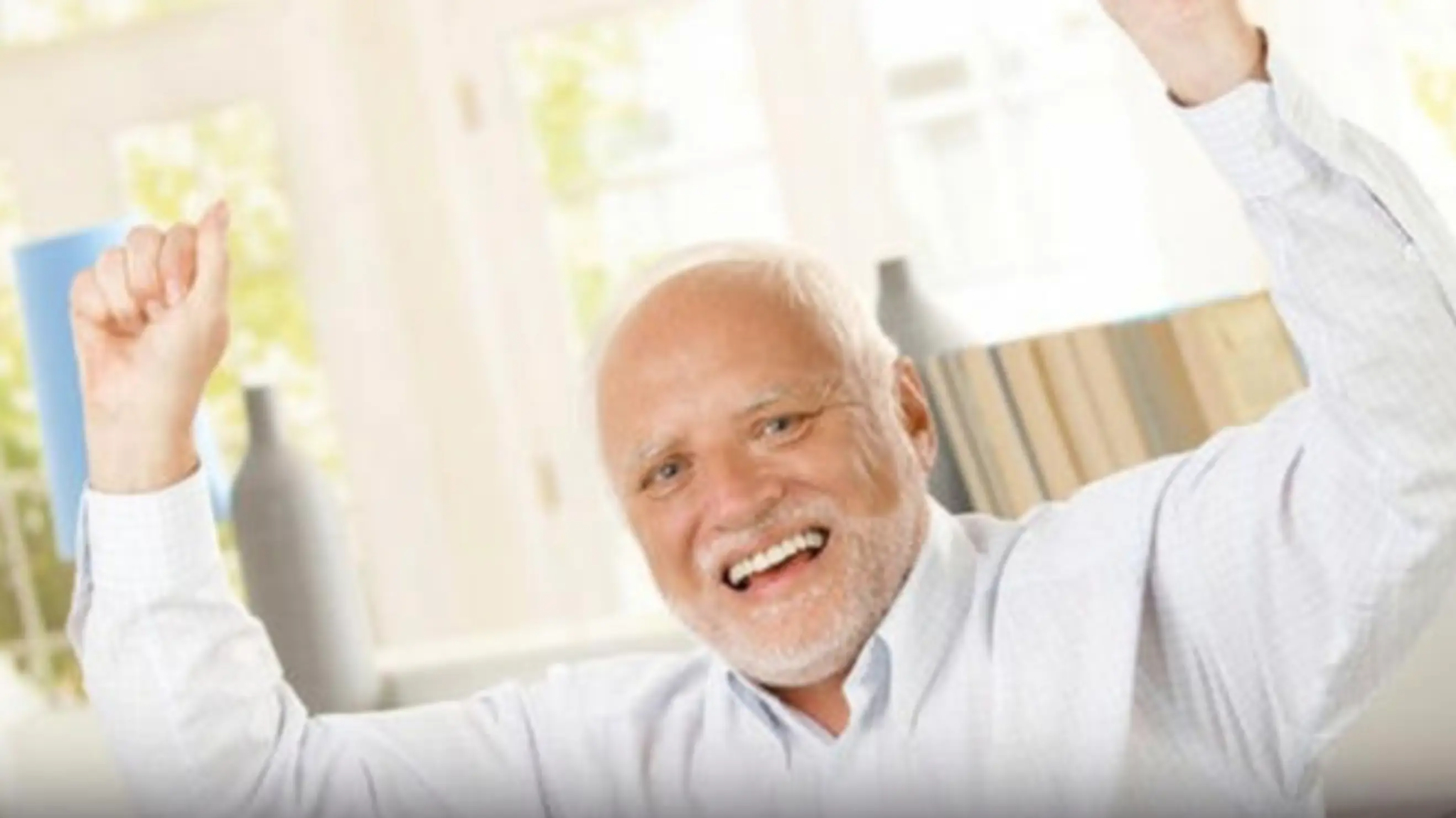 posted on Mar, 31 2021 @ 10:46 PM
link
I saw a picture of the guy who attacked that sixty five year old Asian woman in the news paper, and the AP photo they supplied to the local paper was in black and white and it made the guy appear white somehow. The videos show the guy is black yet they modified the picture in the paper to make it look like he was white looking.

We live in the time of the deceiver, the media push deception to make things appear to be something they aren't.

Yes it was bad that that guy beat up that Asian woman, but twisting it to make people believe the guy was white was not good at all. That guy was paroled for killing his mother, maybe the woman reminded him of his mother or something. That info is hard to find about that guys past, but they identified the guy who did it and I think they arrested him for parole violation.

The photos of the BLACK ATTACKER have now been stripped from our Satan-possessed major media.

The photos of the BLACK ATTACKER have now been stripped from our Satan-possessed major media.


This criminal that attacked this elderly Asian lady in NYC was obviously a Trump supporter.

you can clearly see this criminal's MAGA hat throughout the video