Biden Introduces Massive Infrastructure Plan and Stumbles Through Explaining It

Well. I must say. Regardless of her disgusting fascist beliefs. I find AOC to be astonishingly beautiful.

I hope you’re wrong too. I hate to imagine a President Candice Owens without her incredible good looks.

originally posted by: mtnshredder
Trump has an opinion on Biden😂
twitter.com...

It's too bad more people loved Biden than loved Obama.

Well. I must say. Regardless of her disgusting fascist beliefs. I find AOC to be astonishingly beautiful.

I hope you’re wrong too. I hate to imagine a President Candice Owens without her incredible good looks.


If President Owens stays away from "the dark side", her beauty will only glow brighter with time. She will retain good health and looks, just like President Trump, instead of going to the dogs, like Diane Feinstein, Lisa Murkowski, Nance Peelosi, etc.. 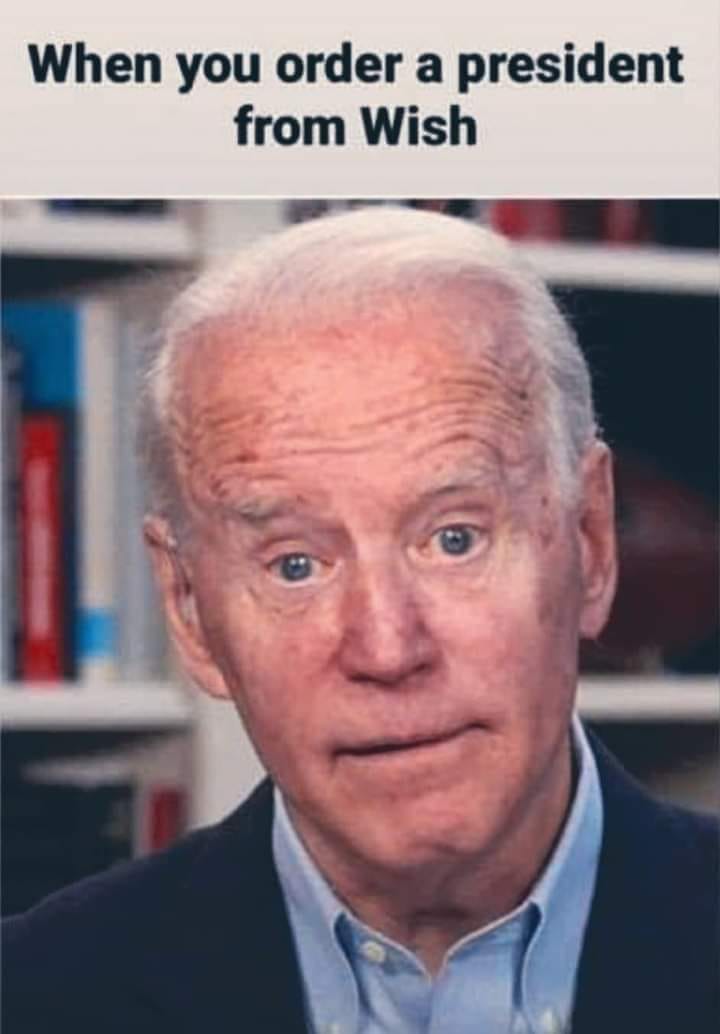 I have been tempted to do nothing but drawing portraits of Joe Biden he looks so strange and lost all the time He reminds me of a life size Jeff Dunham puppet.

I hope it's a success.

honestly we need to upgrade our power and internet/communication backbones

Power - yes. But the weak links aren't where most people think they are. Most imagine the weak spots are in and around major metropolitan areas. The reality is, the real weak points are the distribution links between large metropolitan areas, in rural areas. To get a better understanding of this, one needs to look no further than the challenges wind power presents to the power grid. Then the problem becomes crystal clear in an instant.

Internet/communications backbone - I disagree. The private sector will do this, and do it much better than the government ever could, for a fraction of the cost. Plus, 'infrastructure' is not the bottleneck right now, it's efficiency. There is gobs and gobs of infrastructure spare infrastructure right now, and with some of the latest technology it is growing exponentially, even in congested city areas. Infrastructure is not the problem. Efficient use of existing infrastructure, and wasted bandwidth are much larger and much more easily solved matters.

Regarding EMP-like events; improving infrastructure will do nothing to prevent this from happening. This is a whole other problem, not one solved by infrastructure. All more infrastructure will do is cause more stuff to go down. The only way solve/lessen this problem is a paradigm shift in the way electronics are used in products...and this is not an easy fix. To prevent damage from high energy events like an EMP (solar flare, bomb, whatever) is to 'harden' electronics. Hardening electronics is not particularly difficult, but it creates a whole variety of issues not the least of which is additional cost, size, weight, form factor, etc. The paradigm shift is that people are going to have to realize that technology is good in some areas, but not so good in others. For example, people don't need a refrigerator that is smart enough to do their taxes. Yeah, it's cool and all, but when the electronics fail the whole refrigerator goes down. Older technology doesn't do this, but it won't do your taxes either. That, or your refrigerator costs $35,000 dollars. Refrigerators are just one example of tens of thousands of things we use every single day. Sometimes a step backwards in technology can mean a step forward for the people.

But I agree with you, Bai-Dan is just too brain-dead to ever understand any of this.

ETA - Yes, fiber optics are impervious to things like EMP's, but the electronics on either end are not. Without that you've just got a bunch of glass buried in the ground.

then I realized, he's probably been rehearsing this speech for 30 years.
reads like a wish list of Reagan-era democrats.

example; lead pipes. yes they're bad. but this has been an issue since the 70s. don't cities police that sort of thing?

we should do a poll. does anyone here really think at least half this $ will go to infrastructure?
edit on 01032020 by ElGoobero because: add content


what could this possibly mean ?🤣


Eliminate racial and gender inequities in research and development and science, technology, engineering, and math. Discrimination leads to less innovation: one study found that innovation in the United States will quadruple if women, people of color, and children from low-income families invented at the rate of groups who are not held back by discrimination and structural barriers. Persistent inequities in access to R&D dollars and to careers in innovation industries prevents the U.S. economy from reaching its full potential. President Biden is calling on Congress to make a $10 billion R&D investment at HBCUs and other MSIs. He also is calling on Congress to invest $15 billion in creating up to 200 centers of excellence that serve as research incubators at HBCUs and other MSIs to provide graduate fellowships and other opportunities for underserved populations, including through pre-college programs.

President Biden’s infrastructure-spending proposal is a veritable grab bag of goodies, supporting everything from basic infrastructure to broadband and home health-care workers.
But for green-energy fans, there was plenty to like.


the most important take-away from the proposed spending plan is to go Green... by injecting money into start-ups which works well for the rich speculators and the retrained - entry level workers and some top tier Engineers who have specialized in Carbon neutral economy & various infrastructures: power/buildings/transport/health care/vertical farming/ education...


Grimacing Biden and the Whitehouse unveiled their mass plan to (bankrupt) rebuild America using $2 Trillion as the fresh bait.

Everything from soup to nuts is covered😁

Truth is, although there's much of this that I take exception to, programs like this are necessary once in a while and it usually takes a great national "problem" to bring them about.

No one agrees with all of it, but so much of it is necessary, that we all ought to swallow our own petty disagreements so that the greater benefit of the whole rebuild infrastructure plan can happen.

It's the only way to get a massive Infrastructure plan off the ground. The only way.

My advice to all that have issues with it: Shut up and get used to it. You'll benefit in the long run. We all will.

Who but the USA is 20 trillion dollars broke, has no plan to pay it back, and asking for trillions more? After taxing individual states, and misusing the tax money.
edit on 1-4-2021 by neutronflux because: Added and fixed

Who but the USA is 20 trillion dollars broke, has no plan to pay it back, and asking for trillions more? After taxing individual states, and misusing the tax money.

Nothing to see here folks...keep on moving...

Didn’t we just spend 2 trillion? I know they said it was for covid but the money is going all over the place.

This guy is a used car salesmen selling us crap with an inflated price tag.

Would Biden's approach to infrastructure match the scope of the New Deal? Would construction projects start in the same time frames in today's era of environmental/ consents and regulations?

Truth is, although there's much of this that I take exception to, programs like this are necessary once in a while and it usually takes a great national "problem" to bring them about.

No one agrees with all of it, but so much of it is necessary, that we all ought to swallow our own petty disagreements so that the greater benefit of the whole rebuild infrastructure plan can happen.

The U.S. faces the most extensive political and social crises since debates around slavery and trade tariffs tore the country apart. Members of Congress only enact the policies of their "big money" special interest backers. Fake news media outlets are fueling the toxic political divide; if people unify behind the New Deal 2.0, they are out of business.

posted on Apr, 2 2021 @ 06:48 AM
link
Poor sell, the new deal that the the msm and corporations want passed to pay for programs they’ve recommended and asked for? If we all unify in support of their agenda we will beat them? Keep working that pitch!

posted on Apr, 2 2021 @ 08:29 AM
link
This "massive plan" is a democrat dream created only to be a massive power grab and entrench the democrat power sphere.

It's a heist of grand larceny against all of America.