Vaccine Passport is Inequitable, if not Racist

It would be racist if Trump did it, but not Biden.

So is carding people to buy a firearm, but not for voting.

originally posted by: snowspirit
I thought the vaccine passport was a global thing.
You don’t have to have it, but if you want to travel to other countries, they’re not going to let you in.
I think it started in Europe.


It's not just an international travel proposal is for domestic traveling attend concerts and sporting events and more.

Interestingly I been dinning, going to bars and having fun and no mask required for months in Republican states, no need for passport soo yep this is for the Democrat states, oppression must be addictive in those states.

Same here. 10 mos ago I moved my family out of the corrupt, bankrupt, pathetic and failing state of Illinois, and settled in East Tennessee. There were mask regulations in some counties for the first 6 mos, but only about half of the people wear them in businesses/restaurants. The businesses don't enforce them, either. And whaddya know - we aren't all dead!

Since the move, I've been asked to wear a mask exactly twice - once at the DMV to get my TN driver's license/vehicle plates, and once at a museum. And while back in Hellinois my friends & family who dare to go out in public w their face uncovered are being mask-shamed and accused of murdering the elderly, here we Tennesseans still are, exercising our freedom... almost like things are normal.
And I love it!


originally posted by: snowspirit
I thought the vaccine passport was a global thing. You don’t have to have it, but if you want to travel to other countries, they’re not going to let you in. I think it started in Europe.

That's exactly what we had here for years up until the 90's. The vaccination document was the size of a passport, bright yellow, in three languages, and was a record of your vaccinations. It was required to enter another country, and, more importantly, to get back. The requirements were different depending on the country you visited. I had all the vaccinations for Africa. Europe required fewer, but they were still there.

Somehow all this disappeared a few years ago. But you bring this up now and suddenly it's racist, discriminatory, and all the rest. People have short memories.


Yep. I’ve still got mine with the passports.
The problem with what is being proposed is when the vaccine document is used within a country to stop or retard the ability to shop or move about within the borders.
It’s a control freak show like the compliance mask wearing and the old double up it’s safer routine.
Nothing demonstrates obvious compliance like putting a nappy on your face.

posted on Mar, 29 2021 @ 05:16 PM
link
Let's just ignore that these numbers line up very closely with the percentage of those demographics in the overall population.

All about them stars and flags.

originally posted by: LordAhriman
Let's just ignore that these numbers line up very closely with the percentage of those demographics in the overall population.

All about them stars and flags.

Maybe THAT is why here isn’t an equal number of races in every single sector of employment? And systemic racism is a 100% fabrication?

Or does that not fit the narrative?

Maybe THAT is why here isn’t an equal number of races in every single sector of employment? And systemic racism is a 100% fabrication?

Or does that not fit the narrative?


Absolutely no one has asked for that. They ask that companies keep a certain percentage of minorities. When I was a government contractor, I couldn't sell items over $3500 to the military because the company I worked for had less than 15% minorities it top offices (certain, board of directors, etc...)


President Biden: "I'm pleased to announce that at least 90% of all adults in this country will be eligible to be vaccinated by April the 19th, just three weeks from now, because we have the vaccines."

Just to let you know, I went out to vote in last elections and nobody told me to wear a mask, we were all outside in line talking and laughing and just a few had mask, I agree, this pandemic was made into a political tool by the democrats, while doing so, they screw up their own states, because lets face it, you can not push politics if you do not follow the political game, even if that means making the people in your state miserable.

I remember those too.

I, personally, didn't have one, as I was far too young. But my parents had one, as did three of my older sisters.

I see no real problem with having one, though not for a disease that's, for the very large portion of the populous, rather harmless.

That is, or should be so ruled, as un-Constitutional.

The black market for these things will be lucrative.


President Biden: "I'm pleased to announce that at least 90% of all adults in this country will be eligible to be vaccinated by April the 19th, just three weeks from now, because we have the vaccines."

Why is this a bad thing?

originally posted by: Iamonlyhuman
I have no idea why this was cut off of my OP but here's the rest.


2.) The vaccination rate (number vaccinated by race vs. race population) is 19% White, 9% Hispanic, 11% Black, 16% Asian This is the indicator that levelizes the different population sizes.

White people are 1.8 times more likely to be vaccinated than black people.

If the vaccination rates remain steady as more people are vaccinated, then minority populations (with the possible exception of Asians) will not be allowed to travel or visit as many businesses as white people.


White people are 1.8 times more scared of not being vaccinated. Lot of people who just don't #ing care and wouldn't get the vaccine if it was in a ice cream truck parked outside the front door. 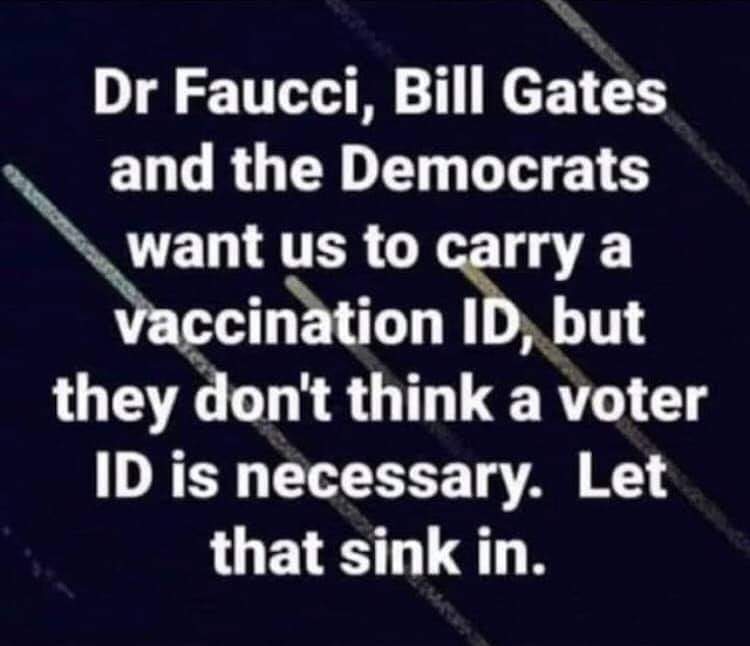 posted on Mar, 29 2021 @ 09:07 PM
link
Let's call it what it is:
The "I'll do anything they tell me to" card.
It's as if everything most people knew pre 2020 was thrown out the window and forced to forget it.
We have new science rules nowadays since the lab coat guys became woke.

Won't be enough left after the ps5 and a pair of satans.

originally posted by: seagull
a reply to: putnam6

That is, or should be so ruled, as un-Constitutional.

The black market for these things will be lucrative.

Exactly ... it will force some people to do just that. 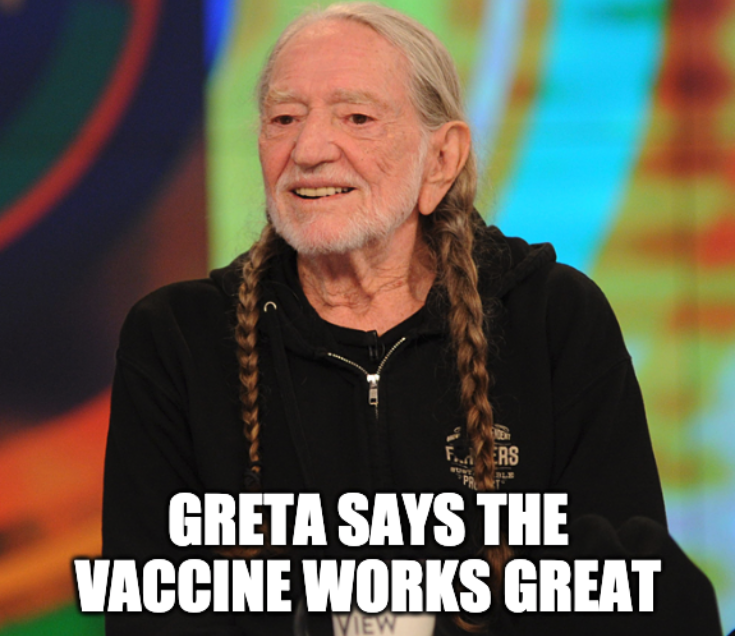 If you can't use normal sentences without strawman and twisting what I wrote, my interest to converse with you isn't that high.

When i write about how in ww2 they took out guns,you answer I slept in class..

Well whites are a minority worldwide. In india there are 1.3 billion people, most of which are Indian and of Indian decent. In the US with a population of 328 million or so according to google, about 70 % of which are white, and Eourope has 746 million population, about which has round or a bit more percentage of white poeple maybe around 80%.

So basically there are more people of indian decent in idia then there are white people in pretty much across two continents. If you keep counting Canada, and other places, the number is larger. But! The biggest population race on this planet would be asian. Oh which another 1.3 billion are in china alone.

So ya vaccine passport. Because you know. Have to do as the TV says. After all it like knows everything. And what would people think of doing if the TV didnt tell them what to do and think. The answer off course is? The vast majority of people do not think.

They merely react. And the TV is a training device in training people on how to react. We are a very reactionary society both locally and globally.

Basically what I am saying is? Everything is can pretty much be defined as, well kind of silly, and oh so very predictable. Basically a chain is only as strong as its weakest link. And if you apply that to a worldwide perspective. Then it become clear that the weakest link is that people in large groups are not very bright.

You know. Just follow the asshole in front of you. And it will all make sense.