Evergiven Floating and moving through the Suez

I wouldn't touch it.

Belt and Road indeed
edit on 3292021 by Butterfinger because: capitalization

Well the Ever Given is now stationary comfortably off the coast of Fayed, makes me wonder are they going to wait before they take it through the next leg of the canal. 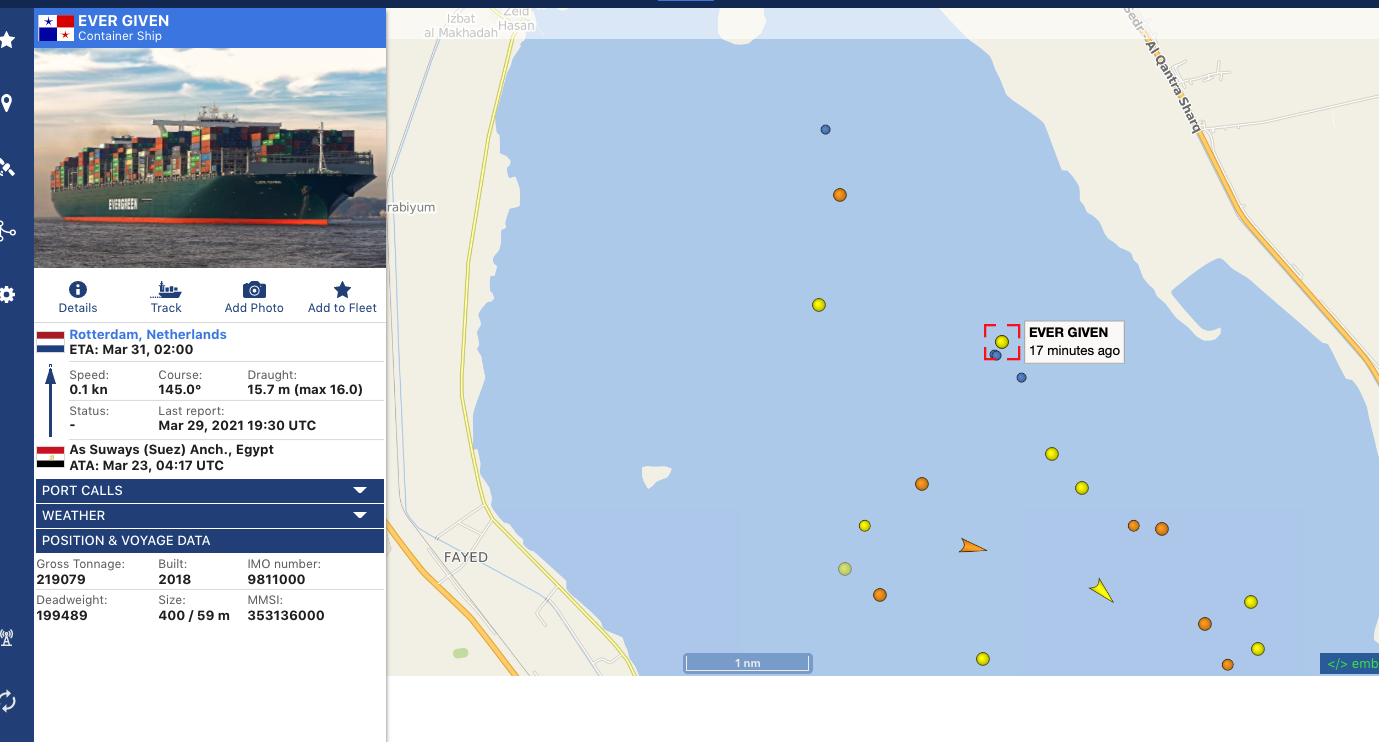 I think now is the time to start asking, just what exactly what is onboard that scow!

ETA - Anyone have a cargo manifest?

originally posted by: Flyingclaydisk
a reply to: putnam6

I think now is the time to start asking, just what exactly what is onboard that scow!

ETA - Anyone have a cargo manifest?


Here's all I could find so far

The Ever Given, built in 2018, is among the largest cargo ships in the world. It can carry 20,000 containers. It had been at ports in China and was heading towards Rotterdam in the Netherlands.


www.supplychaindive.com/news/ever-given-suez-canal-evergreen-blocked-shippers-cargo/597295/
Florian Braun, Flexport's head of ocean for Europe, the Middle East and Africa, said the forwarder had "quite a bit of cargo" on the Ever Given and other ships unable to pass through the canal. The impact for shippers will depend largely on efforts to refloat the ship, Braun said Thursday morning.

originally posted by: ThatDamnDuckAgain
a reply to: Oldcarpy2
Have you ever wondered for what the 1m long hoses with the jet-end, next to the seat is for?

I wouldn't touch it.


Having just undergone 3 Endoscopies I don't even want to think about it....