Whatever the original goal was it has either been accomplished or we will never accomplish it, no matter how many troops or money we throw at it.
That said am I missing or discounting the importance of something, like the poppy fields or the Russian pipeline etc. Otherwise is surely seems to me this is purely on the MIC and the Democrats. They do make strange bedfellows...

The United States appears poised to extend its troop presence in Afghanistan beyond a May 1 deadline agreed to last year with the Taliban, as it races to secure an interim peace deal that could end America’s longest war and allow President Biden to move toward an elusive foreign policy goal.

Deliberations about the fate of the 2,500 U.S. troops remaining in Afghanistan grow increasingly urgent as the administration ­approaches the deadline. The Trump administration in February 2020 agreed to the May withdrawal following negotiations with the Taliban.

While the Biden administration cautions that no decision has been made on extending the troop presence, officials and experts point to several signs that the administration is likely to postpone a full withdrawal — potentially with Taliban acquiescence — to buy more time to advance a power-sharing proposal they hope can break an impasse in talks between the militants and the Afghan government.
edit on 12-3-2021 by putnam6 because: (no reason given)

We won't be out of there anytime soon

We won't be out of there anytime soon

My father was there in the 60's to help keep the poppies growing.

I was there in the 80's to help keep the poppies growing.

My son is there right now, to help keep the poppies growing.

At one time it was suggested that the UN just agree to firebomb the poppy fields and call it good.

The USA vetoed that suggestion.

And the poppy fields keep growing there...

Courtesy of the Coc-aine Importers Association.

After all, can't keep a 4 trillion dollar black ops budget going without a steady cash flow...

"Fentanyl filled the void with revenues going in the wrong direction....

It's time to get back on track."

posted on Mar, 12 2021 @ 10:55 PM
link
It figures that the poppy fields would be a big motivator, I can remember reading about stories the media won't tell you, in Disinformation, You are being lied to or one of those books. Hell, I didn't want to believe it then, but it obviously isn't about the terrifying terrorists and we were indeed being lied to.

posted on Mar, 12 2021 @ 11:09 PM
link
According to the agreement signed during Trump Administration, all US troops supposed to be withdrawn by May 1, 2021. I'm betting the forever wars will continue. 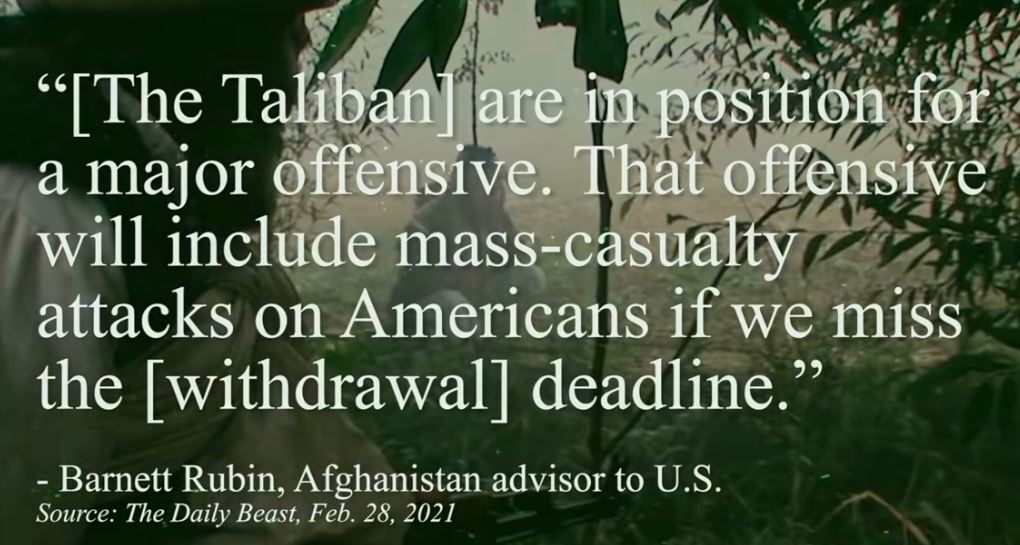 "You would think intelligence would count for something in the intelligence business. But do you want to know what it really is? What really sets the agenda? Military-industrial happiness.

You keep the coffers open in Congress, you keep the money flowing to the contractors."
- Hank Forrester, Snowden movie

Who knew that this would happen?? Who knew?

That is my shocked face.

Abbey Martin's updates have been interesting regarding foreign war. Always a good perspective.