On February 12, 2021, Greg Abbott, the Governor of the State of Texas declared
a state of disaster in all 254 Texas counties due to severe weather...
...On February 14, 2021, the Electric Reliability Council of Texas (ERCOT)...whose service territory includes 90 percent of the
electric customers in the state of Texas
, filed a Request for Emergency Order Under
Section 202(c) of the Federal Power Act...“to preserve the reliability of bulk electric power system.”
...
Source: DOE Order No. 202-21-1(PDF)


This rose the rate to an unbelievable $1500/mWh or about 60x the average cost (6000 percent)
(BTW this was signed into effect by David G. Huizenga, acting Secretary of Energy under Biden, after having held that position for less than 2 months) 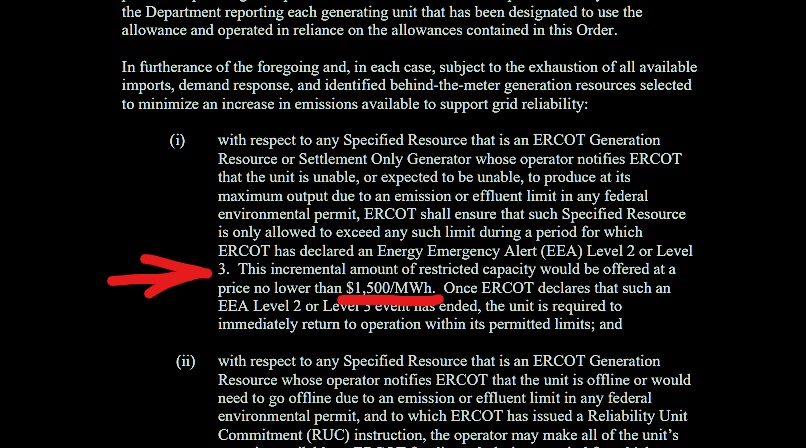 Real-time locational marginal prices for the Electric Reliability Council of Texas remained at or near a $9,000/MWh cap on Feb. 16, as the grid operator continued rotating outages to accommodate about 45 GW of capacity offline, including about 35 GW forced offline due to the severe winter weather that has hit the state.

Interesting as well, this comes just after Biden's suspension of Trump’s Executive Order 13920 which:


declared an official national emergency with respect to the nation’s electric grid, and prohibited the acquisition or installation of “any bulk-power electric equipment… designed, developed, manufactured, or supplied, by persons owned by, controlled by, or subject to the jurisdiction or direction of a foreign adversary.”
...
Contrarily, it boggles the mind to see Biden suspend Trump’s directive. Granted, Biden’s order suspends it for only 90 days, while asking the Secretary of Energy to use the time to consider if a replacement order should be issued. Still, even if the policy is to be reviewed for improvements, why suspend it in the meantime? Why leave the grid vulnerable? Why not keep Trump’s wise Executive Order 13920 in place until and unless the Biden team comes up with something better?

“Why open the floodgates to grid infrastructure produced by countries hostile to America?” asked Waller.

I'd love to know how many of those responsible for these blackouts and gouging had lights on during all of this!
There has certainly been no shortage of hypocrisy among our elected overlords lately... 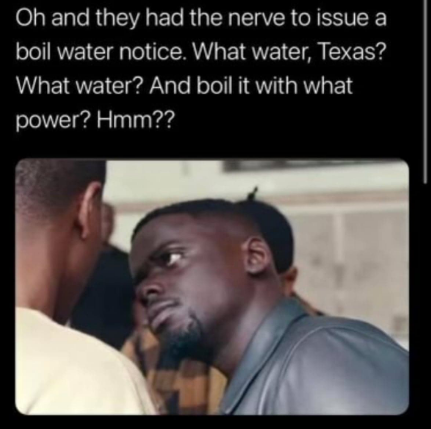 Sorry if I missed this, but it’s prudent.

How many households in the state is this affecting? Additionally, what regions?

I have family in Texas. They retained power through this fiasco.

I am not in the US but at a guess this is a coordinated 'jumping on the opportunity' provided by that weather to make that state bankrupt.

It will cost people there homes, there possessions and no one is going to do anything about it unless it comes from your national government because usually your state governments are not powerful enough even your Texas government.

It could just be opportunists pushing the price up and laughing all the way to the bank while they destroy a state of America OR it could be simply badly set up supply and demand were some utter idiot in government be that state or federal has not placed a price cap on your energy firm's to prevent just this kind of opportunist and frankly criminal over pricing of a monopolized resource.

But then in a nation and particularly in a state were the people are so dead set against any such policy even when it is to protect them because they see it as a form of communist interference well it becomes a case that needs to be addressed with what you folk's call a class action lawsuit and even then likely due to the weighting of your system in favour of company's over people that will fail leaving not only the unpayable huge bill some now face and which unless some CEO has the idea of a good will gesture is not going to be waved but also the cost of any said legal action to try to have this unreasonable bill reduced to a more sane level.

It is opportunism, monopolization, greed and unregulated profiteering and there is no excuse for this level of pricing in any sane country in the world let alone the supposedly most advanced nation on the globe.


My sympathy's to the people of Texas and I am disgusted at the level of pure utter corporate exploitation these power company's will go to, how many will lose there homes, be in debt for the rest of there lives, end up in jail or with there lives destroyed and businesses ruined.

Pure and utter insanity and if any government lets this go unchallenged shame on them.

Not from here. It makes perfect sense that Biden has to pay back China some how to help with the steal. With most people addicted to electricity, it makes a weak spot open for exploitation. With Texas being one state speaking up about the election fraud, I don't see Biden concerned with Texas having some more pressing issues to worry about.

Texans Will Pay for Decades as Crisis Tacks Billions Onto Bills

The price tag so far: $50.6 billion, the cost of electricity sold from early Monday, when the blackouts began, to Friday morning, according to BloombergNEF estimates. That compares with $4.2 billion for the prior week.

My guess is some very powerful people in NY are teaching Gov Abbott (among others) a lesson and of course it's always the poor sheeple left out in the cold with the bill. 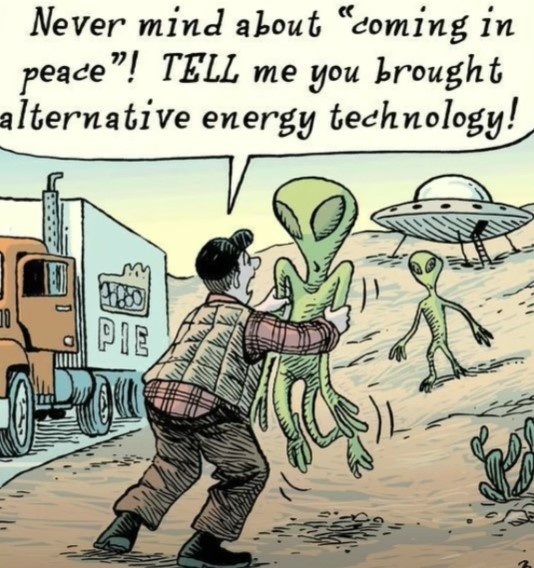 Texans obviously have more important things on their mind.

it's called capitalism and this is what it's for. They saw a chance to maximise their profits unchallenged so they took it. I'm completely certain there will be posters here applauding them for their boldness or for making the most of the opportunity.

And I thought this only affected the Texans who opted for the variable rate bills.
Pay less in good times, and......


We have variable rate bills allowed in our state through third party gas suppliers.
We in no way, shape, or form wanted to get involved with them.

To punish the ultimate red State?

Variable rates are great when the infrastructure is sound.

They can also be your worst nightmare.

You do realize that the best way to prevent things like that is ... REGULATION.

I find it ironic that people in a red state are getting upset that market forces are pushing prices up because of a lack of regulation and price control.

It's like hearing people in a blue state getting upset that red tape is stifling innovation.

I do not know if this is true yet. I use a provider called Gexa. My billing cycle has ended, but due to Abbott having a billing moratorium right now they are not allowed to disconnect anyone, or send out any bills.

The things is: your rate is one part of it. In this case, its the biggest part. But there are ERCOT charges that get passed along as well that cause your bill to vary significantly. It all has to do with how much energy you signed up to use when you created your plan. If you use less than your plan said you would, you get stuck with "congestion" fees which essentially means you are billed for a portion of any energy discharge that happens or whatever. If you use more, you are billed surcharges for exceeding what your contract states. Either way, ERCOT tacks on additional charges. Its why despite not using hardly any energy at all in December, my bill was still over $200. About 1/4 of that was ERCOT fees due to me not using what i was supposed to use.

posted on Feb, 27 2021 @ 03:51 PM
link
Being as America is the land of the sueing culture, surely the consumer has a contract with the energy supplier. ie. the consumer pays the power provider for the provision of electricity and if the provider cannot supply that electricity (through no fault of the consumer) then the provider is in breach of contract.

posted on Feb, 28 2021 @ 06:59 AM
link
Capitalism is the enemy of the people and must be destroyed - see what it did in Texas?
Don't look behind the curtain to see what levers were pulled to make it happen.
EO's and Huizenga had nothing to do with the price surge.
In fact i bet there's an EO outlawing any talk about such conspiratorial accusations.
As for that freak storm we know China couldn't possibly have anything to do with that.

Listen to whatsherface about weather modification:

Why Texas, because Texas is a low regulation state with a closed energy market. So something like this is actually possible
Why now, because an opportunity presented itself, so people took it. There doesn't need to be a conspiracy, it's just what happens when market forces go crazy. It's one of the arguments for at least basic regulation in essential markets.

There are usually clauses covering things like extreme weather events or terrorism.