Turn Off The Water To Your House Texas

posted on Feb, 22 2021 @ 01:48 AM
link
I see all these houses with major water damage from frozen pipes and when they burst they just let the water flow till it freezes.

do these people not know there is a water shut off in their homes?

I don't think home owners is going to pay out settlements for water damage when you don't even TRY shutting off the water. 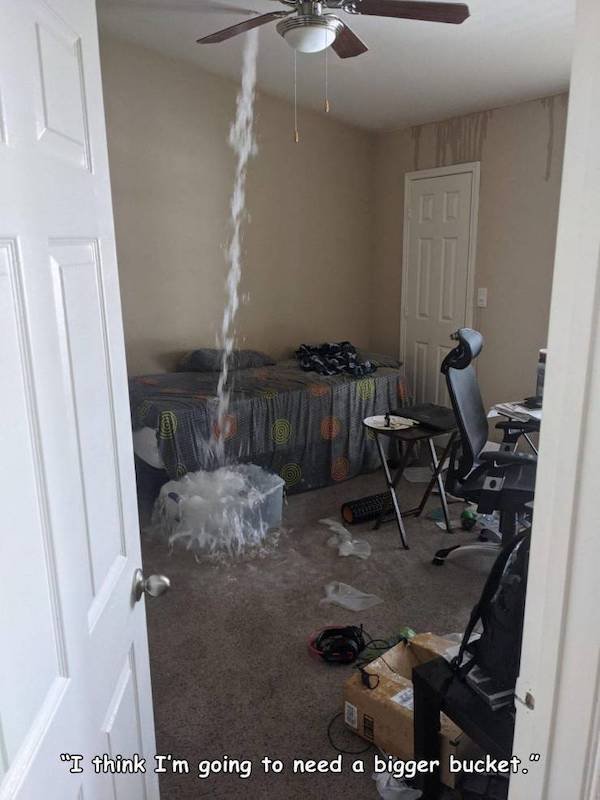 originally posted by: penroc3
do these people not know there is a water shut off in their homes?


Lots of friends in Texas. Helped three of 'em get their pipes un-froze before the pipes burst. Only one of those three were smart enough to call and ask what I know. There are a couple generations of folks 'milling around' out there who have about zero clue.

I forget who said it on ATS, but Mother Nature is an unforgiving bitch. She will chew the naïve and spit 'em out given the slightest chance. Sad thought: Do ya think the guy in the picture will learn?

Your house is the biggest purchase of most ppls lives

Texas loves their BBQ, but I’ve never been impressed with a steakhouse in Texas. In fact most of the ones I’ve been too felt like I was walking into a 1970’s steakhouse that probably used to be used for KKK gatherings at one point.

Texans love to preach. About God and Texas. But , at the same time...at least they have values and moral standards. At least they have an independent outlook on their states rights and don’t crumble to federal demands. They are unified in that regard and I both love and appreciate that.

Texas wastes a ton of money of high school football stadiums and mega churhes. But they like their God and their football so whatever. No harm/no foul. Just wish they’d commit their resources more wisely.

But their housing. Man...they love to brag about their housing. Beautiful homes! Cheaply priced. But now we see where they cut corners on their design and construction. I understand building to the climate but the climate can be ruthless and unpredictable. Sucks to see people losing everything but hey, you get what you pay for. And if you can’t take care of what you pay for....you probably didn’t deserve it in the first place.

But I’m not worried. Their insurance will cover their losses and they’ll be just fine. If not better than they were before.

**obviously this doesn’t represent all of Texas and every Texan, but it represents enough that it warrants being said**

posted on Feb, 22 2021 @ 04:32 AM
link
Don't know about texas but it surprised the heck out of me in oklahoma when I had to call the city to shut off the water to my house while working on some pipes.

posted on Feb, 22 2021 @ 04:34 AM
link
Goes usually without saying even in a rental, know where your gas & water shut off valves are plus your breaker box.

Have an older house but Hubby was a tradesman. He put extra cut off valves in, like one for each line going to both outside hoses, one before the hot water tank and made sure all of us knew where they were, plus where the gas & water main shut off's are. The kids had fun during water fights shutting each others supply off.

The breaker box was another bit.
Wake up an think you have no electric? First thing go down & see if a breaker tripped. Doesn't happen often but the kids needed to grasp the idea you can't plug in 8 thousand things into one room in a old house, on the same circuit & think you wouldn't trip a breaker.

To this day my kids first question is with their own kids is "check & see if whatever is plugged in!!" second question is
"did you check the breaker box? "

originally posted by: Snarl
[Sad thought: Do ya think the guy in the picture will learn?

Hate to say it but it probably depends on the size of the bill. You would hope even the feckless learn from something that causes genuine hardship / difficulty.

Not holding my breath though.

Replace The word Texas with South Carolina and I’ll agree with you.

But I do love that home of the 72oz steak in Amarillo! For being a tourist attraction they do serve some excellent steaks and food!

Edit: A lot of new homes have a water shut off out front where the main water line is, but it takes a special tool to get way down to the valve to turn it off, the water companies don’t want non paying customers being able to turn the water back on without them knowing. The builders go cheap and don’t put in a water shut off valves in a lot of the the houses I’ve seen. The houses that do, most owners have no clue how to turn the water off at that valve.

Sounds like the air is getting thin up there. How tall is your horse?

Some of these are obviously apartments where the utility access would be in a locked room with only the superintendent and the utility company having the ability to enter.

posted on Feb, 22 2021 @ 06:19 AM
link
I'm from Texas and, almost without exception, our water shutoff is in a locked concrete box that is sunk into the ground (see photo below). You need a key to open it. They sell the key at hardware stores, but if you didn't know this or plan in advance, then you were stuck with calling the city or calling a plumber to come shut it off. The city departments were shut down due to the weather and there simply aren't nearly enough plumbers to go around. The city I live in has an ordinance that prohibits residents from shutting off their own water; though I never let that stop me before. Anyway, what seems like a simple solution is not always so simple. 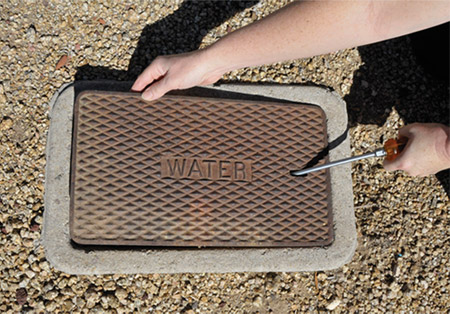 originally posted by: Guiltyguitarist
a reply to: Assassin82

Sounds like the air is getting thin up there. How tall is your horse?

The tallest. But not Texas tall.

A load of people don't even know where there stopcock is located.

Then there are the residences and homes where its been plastered over or boxed off.

And it happens more often than you would think.


do these people not know there is a water shut off in their homes?

Some people are just dumb. Others don't think about helping themselves instead they wait to be saved.

My mother did this once. Had a broken pipe under her house and just let it run. Had a $500 water bill for three months in a row till she finally called me. Of course the first thing I did when I got to her house was to turn the water off.

posted on Feb, 22 2021 @ 01:31 PM
link
What am I missing here? I grew up in Colorado, lived several years in different places in the mountains, including Gunnison, where we would have the coldest temperatures in the country, including Alaska on a number of days every year, because of the cold air inversion, Gunnison sitting in a valley, the cold air would come down from the mountains.

It would get -30, -40f on cold January days. It would be so cold you had to have a heater on the engine you'd plug in at night to keep the oil from freezing.

Anyway we never had problems with frozen pipes. Everyone knows you keep a trickle running in the faucet. Keep the water moving it won't freeze over.

I think they should have just aired on the News a tip to keep the water trickling (preferably in the faucet furthest in), that would have solved all these problems.

not always, when I had to shut it off we could not find a main in the house and when I called the city they said it had to be done by a city employee.

Then the house is not up to code and the plumbing must have been done by someone who was not an actual plumber. I suspect it exists, but it's hidden?

Maybe at some time, some do it yourselfer covered it up?

Either way, it's something that should be found or installed if it's not there.

I've spent most of my life living in places where it's cold. For those who have not, it's not surprising to find out about the troubles it's caused. Nobody's fault, it's just not something anyone would know about. Like leaving the faucets running a trickle is something only someone from a cold climate would know to do.

Every single newsletter I proof has that stock article about letting your faucets drip to prevent the pipes freezing.