A simple thread with a straightforward suggestion. It should be abundantly clear by now that our dissenting opinions, resources, commentary & calls to action are being completely & utterly steamrolled by blatant & unapologetic censoring by fact-checkers of various stripes, with the age of SJW no-platforming having now evolved into the straight up practice of erasure of one's ability to participate in meaningful modern dialogue, through outright bans preventing any possibility of meaningful dialogue, or even any means of digital participation whatsoever. Anyone who attempts to publish dissenting, unpopular opinions, data, research or resources which do not toe the party line, the 'acceptable' beliefs & opinions permitted by the forces of authoritarian political/corporate media power, those which unapologetically call for this sort of censure & manipulation of the truth - anyone who tries to publish the truth, will immediately find themselves banned & censured from the major social media platforms, either all at once, or step by step in a process which I predict will become the norm in the coming months. I also anticipate that we will see new legislation which enables dystopian levels of prosecution for attempting to provide alternative information counter to the accepted & heavily promoted narrative which in essence is preparing us for the Great Reset, the rolllout of which has already begun, it is now abundantly clear. Georgia Guidestones folks - they want to make it reality, and they want the slaves who remain to eat bugs for the rest of our days. That is NOT the heritage intended for humanity, and the food poverty/ food bank strategies have been preparing us for it, to accept handouts of whatever they are willing to provide, which ultimately will be an insult to the beautiful heritage intended for us by the Creator of the Cosmos. We MUST do something, NOW! They will steamroll our dwellings, confine us to concentration camps, and terraform our former neighbourhoods into vast & admittedly beautiful parkland estates for the LEBENSRAUM of those elitists & favoured servants who remain in power.

The question becomes, what can we do, in this abusive & oppressive corporate-political climate, to warn others who as yet have not become aware of the crushing tyranny which is just around the corner? The answer, at least in part, is the use of SLOGANS to spur critical thinking, to make those who are presently asleep, the walking dead, zombified by their hypnotic conditioning, actually begin to question for themselves the picture of reality which is being fed to them. How can we do this, in an age in which we have been banned from ordinary modern discussion platforms, the very platforms themselves utterly censured by a combination of advanced AI bots patrolling the commentary typed into being, and human 'factchecker' organisations, which parse those comments highlighted by the bots as potentially troublesome before bringing the hammer of doom down upon reasoned attempts to awaken the masses? The answer is to go old school - follow the desert dwellers' example, by using ancient methods to fight future systems of oppression.

We all know the power of the written word. The heightened power of truth spoken to the usurpers of power, is undeniable. Malcolm X was a master of this phenomenon, though I do not support almost all of his actual beliefs. But he knew how to speak to those who knew in their hearts that something was WRONG, that the existing methods of dialogue were not working. And so, confirming that I am not a supporter of Islam, being instead an open-minded & committed disciple of Christ, I suggest that we promote those potent analogue methods of the use of the written word, speaking truth to the enemies of the working & soon-to-be-erased middle classes. Utilise slogans - find those short, snappy, broad spectrum truth bombs, and find ways to cautiously reveal them to the masses in places of high volume transit, where people cannot do other than notice them & begin to assimilate the truth. One legal means of doing so (there are several means.....) is to puchase an old van, stencil some quotes which are inoffensive but highly effective onto its sides & rear, and use it as your local runaround, if you feel bold enough to respond to the inevitable queries (& possible triggered hostilities) of the people in your area. Dissonance must be brushed away by rational, unemotional discussion - resistance by micro-commentary must be ushered into their awareness, where it performs as a psychological tool similar to traditional 'ear worm' musical refrains, repeatedly rising in the mind until the veracity of its meaning & purpose has been processed & assimilated, a message of unassailable, valuable enlightenment, spoken against tyranny, eroding that dissonance until only the clear light of day remains.

My first suggestion is a deliberate misquote of Orwell:

"Dissent was erased, the erasure was forgotten, the lie became the truth"

Let's get creative, in service to Truth & Justice.

We can start with the long time slogan of this very website. DENY IGNORANCE

We can start with the long time slogan of this very website. DENY IGNORANCE


This one would be great with the below graph 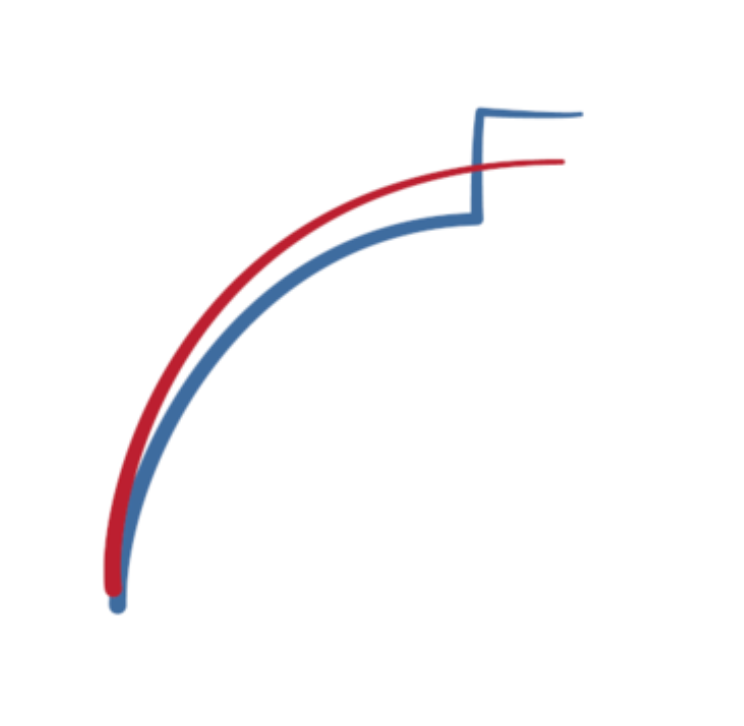 Was something about us all being peasants still really.

posted on Feb, 21 2021 @ 02:58 AM
link
a reply to: FlyInTheOintment
Your suggestion is too long and cumbersome for modern dialogue. Your opponents work with shorter, pithier language with falsely emotive content, like "fascist" and "homophobe" and "insurrection". In reply, even "politically correct" is too awkward to say quickly.

As an example of what can be done, can I introduce you to the "fizzies".
The emotive approach of the left could be characterised as "Fake Indignation Syndrome."
Abbreviated FIS.
Pronounced FIZZ.
Offering the adjective FIZZY.
Can be chanted.
Can be a hashtag.
Can be visually expressed by holding up a bottle of Coke (in a non-threatening way.).
Can be expressed in song by launching into one of the many existing songs associated with fizzy drinks, from "The night they inveted champagne" to "I'd like to teach the world to sing".
Very difficult to ban, successfully, in all its possible manifestations.


Can be a hashtag.


Exactly what the OP talks about not using.


“When the people are being beaten with a stick, they are not much happier if it is called the People's Stick.”
― Mikhail Bakunin

While I agree with the logic & like the idea, it is of limited value imho, with the exception of being an exceptional counter-protest mockery when facing off against the sorts of FIZZIES we're referring to. It needs a bit too much explanation too, the sorts of explainer videos we could create would ironically be banned on any platform we shared them on, if the opposition realised what we were actually saying about them.

I maintain that well-positioned commentary, quotes & slogan of a sentence or less, will be highly effective in places of high traffic or footfall transit. Sides of parked vans, large bumper stickers, placards affixed to trees, appropriately placed billboards (notice what I'm attempting to convey with the suggestion of 'appropriately placed' - we wouldn't want anyone to be breaking the law now, would we?) Thus graffiti, it would appear, might by appearances be an invalid suggestion, hence I hope I am not giving the appearance that I intend for people to daub highly incisive, witty, unassailable graffiti which elucidates truth & makes people think/ wake up to the tyranny in their midst... Powers of the written word are wonderful, when used APPROPRIATELY...

posted on Feb, 21 2021 @ 03:59 AM
link
a reply to: FlyInTheOintment
You can look for better examples, then.
My point is that effective slogans work by communicating quickly, without getting too elaborate. Any advertiser would surely tell you that.

Think of the most effective slogans of the past;
"Property is theft!"
"All power ro the Soviets!"
"Every child should be a wanted child!"

How many effective slogans are there with more than one clause?

posted on Feb, 21 2021 @ 04:32 AM
link
Your command of the English language is impressive indeed! I agree, we need counter slogans to those being foisted upon us by the authorities. They work well in a two or three part formation, short and punchy. Think of what they use on us, e.g.

Alliteration or rhyming work very well too, in order to embed the slogan into the brain and help it trip off the tongue.

I noticed right from the beginning of covid1984 that they were using this technique of brainwashing very heavily, which made me suspicious right from the start.

Apologies for not adding a slogan of my own to your thread, 'tis not an area I am good at, but if I think of one I will be back 🙂👍

Wonderful point about countering the slogans being used against us, it really does seem to be an extremely important avenue of response, given that the tools of information warfare are so openly being used to support falsehoods, as you confirmed. And do not doubt yourself, for you just gave us a worthy slogan, which in fact would work marvellously on one of the mask protests noted by our compatriot AskTheAnimals just before your own comments.. I suggest we stencil as follows:

"MUZZLED!" (maybe inside of a red circle with a line through it).

I would think that the burden for coming up with 'better examples' is on all of us, not just myself? You seem combative, even though I supported your main premise as being a good idea. Because I responded with an opinion that disagreed with you in part, you became unnecessarily defensive/combative. I suggest that as we're clearly on the same team, we should be cordial & not raise hackles in disputes between ourselves.

"If a kingdom is divided against itself, that kingdom cannot stand."

Don't get me wrong either, I'm not trying to lead even this thread, let alone some sort of protest movement. I was fortunate to have a timely idea, I've planted a seed, now it will hopefully grow & be nurtured by further sharing of the concept. Several great ideas have been contributed in only the first page. Hopefully the concept is shared on other platforms, so that we see fruitful uptake of the strategy wherever people want to awaken others to the BS which permeates the current media/political/medical climate. The good news is I can't possibly be the only person to have had this idea, so wherever it has arisen, only a handful of people need to respond enthusiastically, in order to see organic change occurring.

I'm also reminded of the bizarre but seemingly validated phenomenon which occurs when a number of rats learn how to successfully complete a certain type of puzzle which had remained unsolved by any rats across several generations exposed to that puzzle in the lab. When the next generation of rats is born, even to other rats in other parts of the world, they will solve the same puzzle in an extremely short time, relative to how long it took the first generation of rats to figure it out. We thus appear to pass on the resolutions to novel problems in a form of meta-psychism which even transcends the generational, familial & locational divides - and it's not limited to waiting for the next generation. In humans, this effect can be reinforced even within the same generation. I can't remember the source for the experiments, though it may have been the work of Jeremy Narby or possibly Rupert Sheldrake (I will try to figure it out so I can give you a source).

We can't trust ANY monsters who desire authority over us. From police to politicians and everything in between, those with the desire for power need to be denied.

posted on Feb, 21 2021 @ 06:20 AM
link
a reply to: FlyInTheOintment
I wasn't being combative- just explanatory. We explainers like to make sure the message is getting through.