Biden used up all his political capital in 2 days?

originally posted by: Shaiker
So we all know senators and house members belong to special interests. The senators and congressman up north are feeling the heat right about now. Due to Bidens out of the gate kill on the pipeline and his working to lift the tariffs on steel. Some of the unions have voiced their opinions and anger at the move as well as the constituents and the supporting industries losing jobs from it. The pendulum effect is already at play for the midterms and adding in this momentum the politicians up north have to be feeling the vulnerability.

I would say Biden lost cooperation from at least 3 or 4 senators and 10 to 12 house members in two days. I think you will see a paralyzed house and senate for quite some time, There is an old saying you can only serve one master. While the American people should be that master but its clear Washington politicians only see green.

Good, I'm happy with a paralyzed Congress and Senate means hopefully less of his policies get pushed through. He had to get all that crap out of the way so he can pretend he has actual influence with the blue Congress and Senate and peddle it to the highest bidder or multiple bidders more likely
edit on 24-1-2021 by putnam6 because: (no reason given)

In case you missed it they fixed the 'voter loop hole'.

They can and WILL do everything they want.

You will get a kick out of this one.
LIUNA was celebrating supporting Jao UNTIL they lost their jobs. lulz

originally posted by: puzzled2
So is this true?

Would expect a few grass root supporters will be feeling the effect. 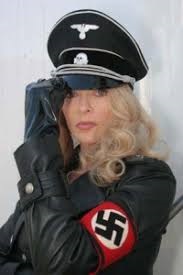 originally posted by: loam
Should be an educational 4 years.

or an ass backwards dis-educational 4 years 😃

We MUST conform to the Democrat ways 😃

Hunter gets a lifetime supply of crack and hookers too!

"The whore known as harris"?

What makes her a whore?

posted on Jan, 24 2021 @ 02:58 PM
link
Administration advisor Hunter Biden should receive a more prominent role due to his wise advice.

posted on Jan, 24 2021 @ 04:30 PM
link
Hey, putting people out of work is what Biden supporters and the Democratic Party voters, voted for.

They knew he was going to do this and wholeheartedly supported this move that put tens of thousands out of work overnight, including lots of union people, and angered Canadian native Americans and the Canadian government.

After all making the US dependent on Islamic countries again for energy was one of the core values of the Democratic Party platform this past year. It was clearly spelled out in their Green plan for the USA. All Biden supporters knew this and voted for it and for the loss of the tens of thousands of jobs and the hundreds of thousands of jobs that will be lost when Biden keeps his campaign promises ending the energy independence of the USA.

That's what the Democratic Party voters, voted for and we darn well all better get used to it and suck it up.

They're giving him all the unpopular crap to sign...so Kamala won't have to take the heat.
Joe is completely disposable...and they're gonna use him like a dog poop baggie before they toss him.

Haha.. they got what they voted for.... unemployment. But who needs weekly good paying paychecks when the government will send you a check for a couple of K every few months right?

originally posted by: dug88
a reply to: SeaWorthy

I believe they call this the 'let them eat cake' philosophy in politics. I'm pretty sure that worked out well right?

I don't think People have what it takes anymore, no one stood with this man at least to say "hey you might hurt that American you are twice as big and half his age. No they laugh.

Unfortunately it's with China and Ukraine and Russia and in no way benefits the USA. The opposite in fact.

originally posted by: loam
Should be an educational 4 years.

I wish I believed it will be 4 years, prepositioned and ready they can take it all now.

originally posted by: Maluhia
Until they clean up the election process, none of it matters and the dems know it. They are in control and will do what they want with impunity. They don’t fear “re-election” because they’ve got two years to figure out where they need to cheat.