Bill gates is funding research to spray dust in the skies to reflect sun light, so they say.


Take a look at the breaking cold records across the planet increasing every year!

Global warming does not mean nowhere will ever be cold.

I read a few articles done by places like NASA and some other atmospheric research articles that showed this was happening.

What some people call "chemtrails" are contrails and they may add a bit of warming. Contrails are high altitude clouds (cirrus clouds, actually) and they can increase temperatures. SRM does not produce clouds, it would not likely be visible at all, except as "Pinatubo sunsets", perhaps.

Been wondering why nobody is talking about Global Dimming with regards to the topic. I remember watching this back in 2006 and this topic reminded me of it...

If Global Dimming is correct, the lockdowns alongside climate change policy is speeding things up rather than stopping or slowing it down.

posted on Jan, 21 2021 @ 12:21 AM
link
a reply to: 5ofineed5aladder
Sometimes the earths axis or its magnetic field or whatever shift. They have several times since y2k. I feel like this has an effect on the climate in areas and may come with a reciprocating effect at the opposite end. Now someone opposite your point of the axis is being able to ice skate maybe for the first time in decades, or ever.

Im probably full of horse manure though, its just my theory.

No. What people call "chemtrails" are contrails. And the experiment in the OP involves a balloon in the stratosphere.

They found that contrails affect the diurnal temperatures, but don't have enough data to know what the long term effect is. The three days after 9/11 when there was no air travel didn't give them enough long term data.

originally posted by: Wide-Eyes
a reply to: SeaWorthy

Do you have a link to that please?


But probably not anytime soon.


My daughter's future?
No thanks.

originally posted by: Phage
a reply to: makemap

The launch will not release any stratospheric aerosols. Rather, it will serve as a test to maneuver the balloon and examine communications and operational systems.


SRM (Solar Radiation Management) would mimic the cooling effects of volcanic eruptions (like Pinatubo) by slightly reducing the amount of solar radiation reaching Earth's surface. The potential ramifications of these technologies are not being taken lightly.


David Keith, a professor of applied physics and public policy at Harvard University, recognizes the “very many real concerns” of geoengineering.

Such methods may be deployed as a last resort against warming but they are not optimal. Reducing CO2 emissions would be preferable.

So what you're trying to say is we don't need that garbage.

What if he’s figured out a way to grow crops without natural sunlight at scale?

Then he uses his Gates-Dust to blot out just enough sunlight to make it significantly more difficult to grow crops with natural sunlight.

Nations will come grovelling at the feet of Gates to use his bio-tech sunless crop grower. The US would dominate the globe... Or it’d start a war.

I read a few articles done by places like NASA and some other atmospheric research articles that showed this was happening.

What some people call "chemtrails" are contrails and they may add a bit of warming. Contrails are high altitude clouds (cirrus clouds, actually) and they can increase temperatures. SRM does not produce clouds, it would not likely be visible at all, except as "Pinatubo sunsets", perhaps.

"The team emphasise that solar geoengineering only treats the symptoms of climate change and not the underlying cause"
Treating symptoms does not cure the problem, it often just make people have more sense of freedom to keep poluting.
www.sciencedaily.com...

We must fix the problem, get rid of consumerism and build things to last and get rid of planned obsolescence and slow down change. There is no reason why a refrigerator or freezer can't last twenty five years, now you are lucky if they last seven or eight years. Everything is built to fail so we can sell more, China could make good quality stuff, but the people ordering the wholesale goods want to sell more in a few years, so they require built in Death of the products.

Growing organically does not cause climate change, the earth has not experienced man made climate change like this before, it is our desire for more than we need that causes all the problems. Of course, all the chemicals created by science and technology are contributing to climate change, the chemicals used to make your technology is destroying the ability of the earth to repair itself, plastic is causing lots of problems with natural ocean microbes and plastic was created by science.

I love science, but I also know that science is our worst enemy sometimes. Do we need to be destroying the environment by flying all over the earth, everyone now wants to go somewhere far away because their friends did and send selfies of their adventures half way around the earth to friends. We should not be shipping computers and phones half way across the world, we should not abuse what Science creates, but we are humans, brainwashed humans, that are conditioned to waste and cause destruction of our own environment. I spend about three to four hours a day, seven days a week, reading all sorts of scientific articles, hundreds of thousands of them over the last seventeen years since I can't work. I see a pattern emerging that is dangerous. People see others doing stuff and want to do it too. I would never want to go on a sardine can cruise ship and go see tourist traps, but people are led to believe that it has status to it. I would never want to go to Hawaii and sit on a beach being waited on by people who think that tourists are weird....I see what people say about tourists behind their back, they are nice to their face and laugh about their experiences with tourists with their friends and coworkers, sometimes googling at the few pretty or handsome individuals that come there, but in fact, most of the people going on these trips are fat or delusional. We need to fix the problem, not treat the symptoms like is being done.

posted on Jan, 21 2021 @ 10:17 AM
link
One of the first things that brought me to this website was contrails chemtrails. More than 20 years ago this was already been discussed.

originally posted by: makemap
What can go wrong?

Quote:" Microsoft’s MSFT +3.6% billionaire founder Bill Gates is financially backing the development of sun-dimming technology that would potentially reflect sunlight out of Earth’s atmosphere, triggering a global cooling effect. The Stratospheric Controlled Perturbation Experiment (SCoPEx), launched by Harvard University scientists, aims to examine this solution by spraying non-toxic calcium carbonate (CaCO3) dust into the atmosphere — a sun-reflecting aerosol that may offset the effects of global warming. "

I'm pretty sure the military will not be using this tech to block other countries sun light.


Forget gates, but look at China military build up guys.

originally posted by: Zaphod58
a reply to: rickymouse

They found that contrails affect the diurnal temperatures, but don't have enough data to know what the long term effect is. The three days after 9/11 when there was no air travel didn't give them enough long term data.

They actually found that being shut down by this virus in China and around the world raised the global warming....opposite what they thought they were going to find would happen. Science was wrong...actually no, the people interpreting the science were wrong...people's beliefs interpret science, and opinions should not be used to stimulate geoengineering. Long term effects can lead to major problems. Gates is trying to look important and with his money, influence, and prestige, he can cause a lot of harm quickly. Lots of what Gates has promoted has turned out wrong, he is doing it to gain prestige, and that can be very dangerous.

Of course it didn't affect it. Effects on the environment aren't immediate, and the shutdown was too short. Contrary to what is being pushed, there's a lot more to climate change than just manmade emissions.

Naw there is a better way to stop global warming than lining the atmosphere. Everywhere a glacier is lost you paint an equal amount of the ground white. White paint like on a roof. Sherwin Williams could do it, it's on their logo. They could literally "cover the earth" in white paint because red wouldn't work. 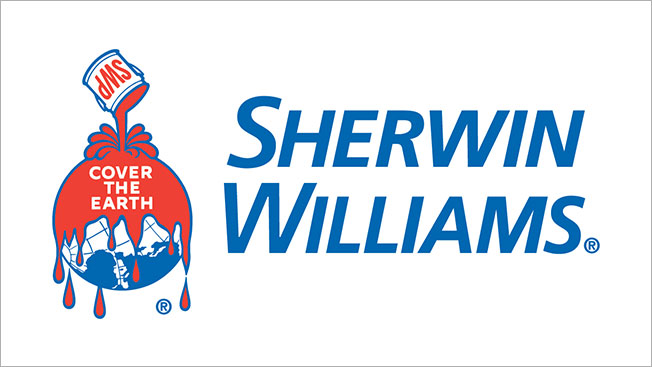 originally posted by: SeaWorthy
a reply to: makemap

That is part of test population, not blocking out sun light. See if nano chips fall on you so they can keep you tracked.