page: 1
21
<<   2  3 >>
log in
join
share:
Sakashima
+5 more
posted on Jan, 18 2021 @ 05:31 PM
link
So Germany wants to put people in detention centers if they don't follow the lockdown rules. Yes it's understandable that people who have contracted the virus should self-isolate, but putting them into detention centers sets a very dangerous precedent.

A precedent which Germany is all too familiar with.

Germans who refuse to quarantine after being exposed to Covid will be held in detention centres under new rules prepared by regional authorities.

The eastern state of Saxony has confirmed plans to hold quarantine-flouters in a fenced-off section of a refugee camp set to be build next week.

The regional state claimed that the facility will only be used for people who have repeatedly flouted lockdown rules around self-isolation.

It's stated in the article that the "detention" would last up to 14 days. But that's not really reassuring, since they probably could just adjust the duration if deemed "necessary".

Couple that with mandatory vaccinations & total shutdown of the country, it really is a dystopian police state future we're heading towards.

German authorities have come under fire for their management of the pandemic, with proposals to impose national vaccine mandates in a bid to control the virus branded 'social dynamite' by opposition figures.

It comes as Chancellor Angela Merkel considers imposing a 'mega-lockdown' and suspending public transport after sparking a public backlash in the UK by calling 'mutant' Covid the 'British virus'.


While Germany's total deaths per capita since the pandemic began remain far lower than many of its European neighbours, its daily per capita mortality since mid-December has often exceeded that of the United States.

Germany's daily death toll currently equates to about 15 deaths per million people, versus a 13 U.S. deaths per one million.

A similar bill was proposed by New York State Assemblyman N. Nick Perry (Bill A416) earlier this month, which would give the governor & his surrogates the power to detain any individuals who pose a threat to public health. Detainment in a medical facility or ... other appropriate facilities.

With talk of actually detaining & putting conservatives in deprogramming camps since January 6th, it's not a far stretch to think they would rationalize these detention centers under the guise of public safety.
edit on 18-1-2021 by Sakashima because: (no reason given) 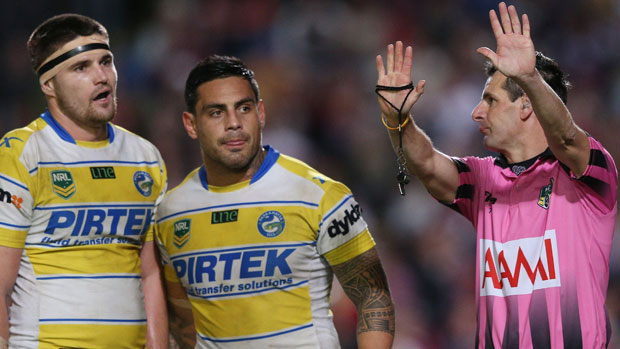 posted on Jan, 18 2021 @ 05:42 PM
link
Wait, Cuomo, Nobel Peace prize winner or whatever narcissistic back pat prize, said lockdowns were a mistake, we need to open up.

Germany's kinda odd, they've spent the last 60-80 years trying so hard not to become Nazi's again, that they're starting to become Nazis again.
edit on 18/1/2021 by dug88 because: Apparently i've started doing that thing old people do where I underestimate how long ago something was because i've yet to come to terms with how it's now the second decade of what I still think of as the new millennium.

No regime since has had more in common with the Nazis than the current American left.

If the shoe fits, wear it kiddo.

posted on Jan, 18 2021 @ 06:15 PM
link
lol they have some experience with this kind of thing. I also believe some of the facilities are still standing.
Will they transport the dissidents by train? They still provide showers for everyone?
Can't help it, i'm laughing my head of right now. It's too damn ironic.

The left did not create or welcome the Nazis. History confirms this, but your twisted ignorance is beyond comprehending this. It’s easier and lazier to think that B.S.

The shoe definitely fits, racist
edit on 18 1 2021 by Breakthestreak because: (no reason given)

Now, as before, the hateful oppressive ‘left’ is on the wrong side of history

posted on Jan, 18 2021 @ 06:22 PM
link
Totally disagree with this. I have old friends in Germany, worrisome, hopefully this does not come to fruition. Using covid as a catalyst for creating trauma and separating people from friends and family, is not just. Covid, is here to stay folks best get used to it, locking people up in camps will not make it go away..

Now, as before, the hateful oppressive ‘left’ is on the wrong side of history

Edit: on a serious and perturbing issue. I fear people in isolation and forced isolation camps will cause moderate to severe harm to themselves do to the daunting stress.😐
edit on 18-1-2021 by Bigburgh because: (no reason given)

posted on Jan, 18 2021 @ 06:41 PM
link
I can only imagine the backlash in Germany with this Bill, I guess the politicians Germany thinks the new Generations do not remember anything about Germany dark pass when Hitler was ruling. Why I have the feeling that covid is turning governments into power hungry idiots.

AND STRIKE Agenda 21 comes home to roost, more people to be culled.

Meanwhile in a hospital over in the US in NY a nurse filmed a doctor ordering healthy patients to be put into a ward with infected patients and even KILLING them, nothing is being done.

Here in the UK the Hospitals are asking for laws to protect staff against murder charges (unlawful killing) and a guy whom was health whom was in his early 80's but otherwise extremely fit and active went in after twisting his ankle, they then forced him to stay in bed despite him being fully mentally capable and he told this to his family on the phone whom were NOT allowed to visit him, they were then told he had died of Covid despite NOT having had the virus as far as they knew he had only gone in to the hospital for a twisted ankle.

They are KILLING people off and nothing is being done about what is becoming systematic murder.


The FLUE is REAL - BUT the Pfizer vaccine may well be as dangerous as the flue itself, if you opt to be inoculated DEMAND the Astra Zeneca or the Russian Vaccine, it looks to me as if they are using this virus despite it being real as a smoke screen to enact some pretty nasty new laws and some very nasty indeed activity's.

Welcome indeed to 1984 by George Orwell but I think it will be even worse especially if they get there RFID way and there cashless society dream of the ultra elite comes true.

So what is Agenda 21, not communism but SLAVERY, it is about doing what the fictional Sheriff of Nottingham dreamed of, taking from the poor and that is everyone and giving it all to a very small elite minority.
www.searchforthetruth.co.uk...
Culling the EXCESS population, those THEY have no personal use for is also on there plan.
thecommonsenseshow.com...
www.cancerwisdom.net...
www.surviveunagenda21depopulation.com...

They will of course tell you this is fake news, well they would wouldn't they after all who OWNS the Media, Control's the Government's etc.

The truth is the NAZI's never lost they just withdrew and took over to enact there sick and twisted plan in a different way.

By the time people realize and start to really fight back it will be too late, but the people will still win despite the awesome technology the Elite have hidden that they will never allow you to see, you see they work AGAINST God, you are in his hand's and he never said the Elite would inherit the earth now did He!.

Here in the US is all about money the more patients in beds in hospitals the more money they hospital gets, if the person is intubated it gets another bonus, but thankfully is not money on the dead, Also the more positives in the state means more money for the states.

In the beginning of the covid pandemic the first thing to do was the intubation of elderly people, lots of nursing home residents already on medications, to keep them calm were intubated, once the person is diagnosed with covid, family can not see them, or hear their concern, remember NY? genocide of elder people from nursing homes? if a person is intubated more than two weeks their chances of surviving are none specially very old weak people. It is a tragedy.